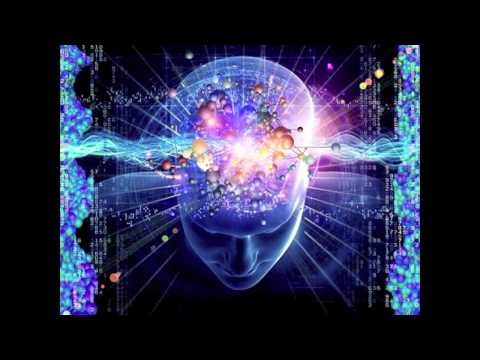 Think about it. Early men were hunter gathers before we discovered agriculture. We followed the herds as they migrated due to weather. We ate seasonal fruits, nuts, and other plants along with the meat from the herds we followed and hunted. What is left behind the path of herds? Herd poop of course. Where do psilocybin containing mushrooms grow? In herd poop of course. Some of the plants we ate were covered in that herd poop and contained trace amounts of psilocybin as Terence McKenna theorizes. The following two studies show that psilocybin increases mental capacity and erases fear. Increased mental capacity and decreased fear would give a species and edge over surrounding competitive species. I'm just saying man...

The studies showed that mice treated with low doses of psilocybin had significant growth of new brain cells, because the mushroom binds to a brain receptor that stimulates new brain cell growth, and short term memory formation.

This interesting discovery has given more plausibility to the Stoned Ape Theory, Terence Mckenna’s suggestion that human evolution was initiated by the mind expanding benefits of psychedelic experiences.


Researchers are eager to look into the idea of using magic mushrooms to cure mental problems like PTSD (Post Traumatic Stress Disorder) and chronic depression but the legal status of shrooms restricts freedom in experiments.

Mice trained to fear electric shock when hearing a noise associated with the shock, stopped reacting in fear to the noise when given a small dose of psilocybin, much more quickly, in contrast to mice given no psilocybin.

The science behind psilocybin treating depression is, depressed individuals typically have over active medial prefrontal cortex regions of the brain, and psilocybin eases this, and makes the brain function normally here.

Despite its harmlessness, amazing medical potential, and ability to produce phenomenal spiritual/mystical experiences, the governments across the world have nearly all banned Psilocybin Mushrooms. Dangerous pharmaceutical pills can’t compete with the toxic cell purging benefits of cannabis and the positive mental state that shrooming promotes.


The following is straight from the University of Southern Florida's website.

Low doses of a psychedelic drug erased the conditioned fear response in mice, suggesting that the agent may be a treatment for post-traumatic stress disorder and related conditions, a new study by University of South Florida researchers found.

The unexpected finding was made by a USF team studying the effects of the compound psilocybin on the birth of new neurons in the brain and on learning and short-term memory formation. Their study appeared online June 2 in the journal Experimental Brain Research, in advance of print publication.

Psilocybin, which exerts psychoactive effects, has been isolated from certain mushrooms.

Psilocybin belongs to a class of compounds that stimulate select serotonin receptors in the brain. It occurs naturally in certain mushrooms that have been used for thousands of years by non-Western cultures in their religious ceremonies.

While past studies indicate psilocybin may alter perception and thinking and elevate mood, the psychoactive substance rarely causes hallucinations in the sense of seeing or hearing things that are not there, particularly in lower to moderate doses.

There has been recent renewed interest in medicine to explore the potential clinical benefit of psilocybin, MDMA and some other psychedelic drugs through carefully monitored, evidence-based research.

“Researchers want to find out if, at lower doses, these drugs could be safe and effective additions to psychotherapy for treatment-resistant psychiatric disorders or adjunct treatments for certain neurological conditions,” said Juan Sanchez-Ramos, MD, PhD, professor of neurology and Helen Ellis Endowed Chair for Parkinson’s Disease Research at the USF Health Morsani College of Medicine.

Dr. Sanchez-Ramos and his colleagues wondered about psilocybin’s role in the formation of short-term memories, since the agent binds to a serotonin receptor in the hippocampus, a region of the brain that gives rise to new neurons. Lead author for this study was neuroscientist Briony Catlow, a former PhD student in Dr. Sanchez-Ramos’ USF laboratory who has since joined the Lieber Institute for Brain Development, a translational neuroscience research center located in the Johns Hopkins Bioscience Park.

The USF researchers investigated how psilocybin affected the formation of memories in mice using a classical conditioning experiment. They expected that psilocybin might help the mice learn more quickly to associate a neutral stimulus with an unpleasant environmental cue.

To test the hypothesis, they played an auditory tone, followed by a silent pause before delivering a brief shock similar to static electricity. The mice eventually learned to link the tone with the shock and would freeze, a fear response, whenever they heard the sound.

Later in the study, the researchers played the sound without shocking the mice after each silent pause. They assessed how many times it took for the mice to resume their normal movements, without freezing in anticipation of the shock.

Regardless of the doses administered, neither psilocybin nor ketanserin, a serotonin inhibitor, made a difference in how quickly the mice learned the conditioned fear response. However, mice receiving low doses of psilocybin lost their fearful response to the sound associated with the unpleasant shock significantly more quickly than mice getting either ketanserin or saline (control group). In addition, only low doses of psilocybin tended to increase the growth of neurons in the hippocampus.

“Psilocybin enhanced forgetting of the unpleasant memory associated with the tone,” Dr. Sanchez-Ramos said. “The mice more quickly dissociated the shock from the stimulus that triggered the fear response and resumed their normal behavior.”

The result suggests that psilocybin or similar compounds may be useful in treating post-traumatic stress disorder or related conditions in which environmental cues trigger debilitating behavior like anxiety or addiction, Dr. Sanchez-Ramos said.