Katzenklavier Regular
September 2010 edited November 2010 in Life
For all of those who like sour stuff, aside from HCl it doesn't get any more sour than this. 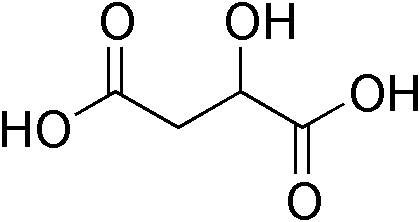 Malic Acid was originally extracted from green apples a long time ago by some old dead guy. It is what sugar is to sweetness, but with sour. The white coting on warheads candy is malic acid. Malic acid goes good on a lot of things. Say your drink isn't tart enough; no problem, add a teaspoon of acid.

But now the good part, adding it to candy!

* Wet a jolly rancher and dip it in malic acid. Now eat it, it's sour then turns sweet. When the sour wears off add more acid.

* Wet sweedish fish and add malic acid to those. It's really tasty.

* Dip your blo-pop in the stuff!

* Add it to chewing gum to make it sour.

* If you have any balls like me, put a whole tablespoon in your mouth and let it dissolve, it's insane. You only need an amount the size of an aspirin for it to be incredibly sour.

Best of all, IT'S CHEAP!