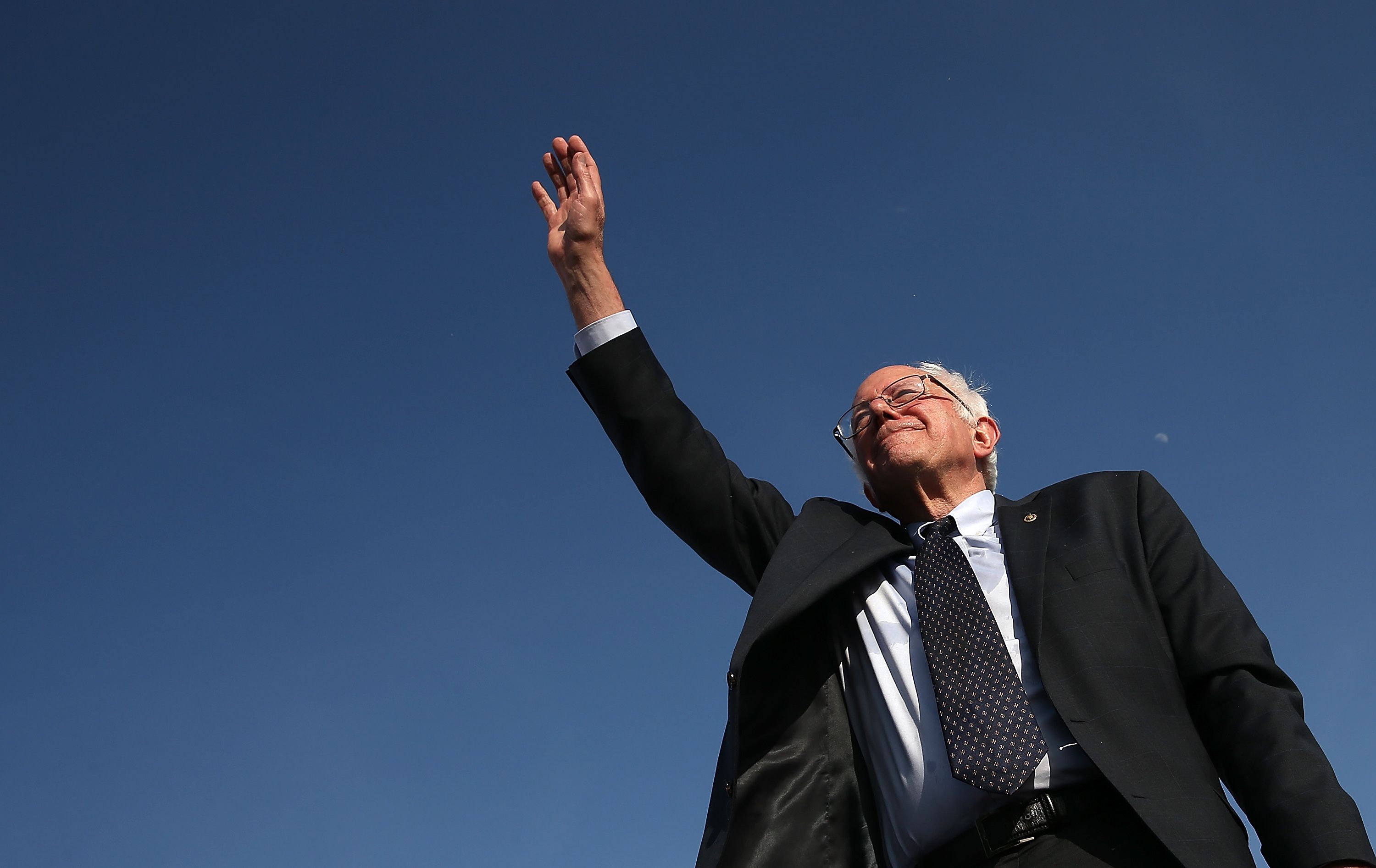 At each Democratic presidential debate, Bernie Sanders was forced to answer for one issue he’s not so liberal on: guns.

Now, Sanders isn’t — as some people have described him — a “gun nut,” but he does have a mixed voting record on gun policy. As a former representative and now senator of the very liberal Vermont, Sanders has swung to the left on many issues, particularly the economy and health care. But guns are one issue his rural state, with its relatively high levels of gun ownership, is moderate on — since so many residents use firearms for hunting and sport.

But in light of recent shootings, Sanders’s record has come under scrutiny in the first Democratic presidential debate. For Democrats passionate about this issue, it may come down to one question: Can someone with a moderate record on guns really carry the Democratic nomination, especially as mass shootings capture national attention?

Bernie Sanders has a mixed record on guns

Sanders isn’t as conservative on gun policy as some pundits suggest. In 2012, the National Rifle Association — the main arm of America’s gun rights lobby — gave Sanders a D-minus grade, indicating a mixed but liberal-leaning history on the issue. And his record by and large reflects that.

Here are Sanders’s major votes on gun legislation in Congress, taken largely from a great chart by PolitiFact:

This record underscores Sanders’s mixed views on gun control. He opposed waiting periods for gun purchases, but supported background checks and bans on deadlier firearms. He backed limits on liability lawsuits against gun companies, but he supported banning high-capacity ammo magazines carrying more than 10 rounds. Sanders has generally kept these positions on the campaign trail, although he plans to release a clearer gun policy platform soon.

Sanders’s record isn’t atypical for a Vermont Democrat. Although the state is very liberal, its rural culture makes it unusually moderate on guns. As Anthony Pollina, Sanders’s chief of staff at the time, told the local news outlet Seven Days in 1991, “Bernie’s response is that he doesn’t just represent liberals and progressives. He was sent to Washington to present all of Vermont. It’s not inappropriate for a congressman to support a majority position, particularly on something Vermonters have been very clear about.”

But this puts Sanders in a particularly tricky position as a national candidate. About 71 percent of Democrats want stricter gun laws, according to a 2014 poll from Gallup. But Sanders must be acutely aware that he still is beholden to the people of Vermont — if he loses his presidential bid, he will go back to representing them in the Senate. So he has to strike a balance.

Sanders, on the other hand, has defended his moderate record by framing it as an advantage, describing himself as someone who can bridge the divide between people on different sides of the gun debate and culture. “The people in my state understand — I think pretty clearly — that guns in Vermont are not the same thing as guns in Chicago or guns in Los Angeles. In our state, guns are used for hunting. In Chicago, they’re used by kids in gangs killing other kids, or people shooting at police officers,” Sanders told CNN’s Jake Tapper. “We need a sensible debate about gun control which overcomes the cultural divide that exists in this country, and I think I can play an important role in this.”

As Vox’s Andrew Prokop explained, this is crucial to Sanders’s overall political strategy: He believes he’ll need to attract white, elderly, and rural voters — who traditionally vote Republican — to the Democratic Party to achieve a “political revolution” and pass progressive policies through Congress. “I do not know how you can concede the white working class to the Republican Party, which is working overtime to destroy the working class in America,” Sanders told Prokop in 2014.

There’s one thing to Sanders’s advantage: Even if Hillary Clinton and his other Democratic rivals want to hit him on his gun record, the fact is that this isn’t a very important issue to most Democrats.

To Sanders’s advantage: Democrats don’t care that much about guns

For all the anger in Democratic circles after mass shootings, one of the most common problems for gun control advocates is that they don’t have as much passion on their side as gun rights advocates. As Republican strategist Grover Norquist said in 2000, “The question is intensity versus preference. You can always get a certain percentage to say they are in favor of some gun controls. But are they going to vote on their ‘control’ position?” Probably not, Norquist suggested, “but for that 4-5 percent who care about guns, they will vote on this.”

What’s behind that passion? Kristin Goss, author of The Gun Debate: What Everyone Needs to Know, suggested it’s a sense of tangible loss: Gun owners feel like the government is going to take their guns and rights. In comparison, gun control advocates are motivated by more abstract notions of reducing gun violence, which, while certainly a worthwhile cause, doesn’t have the same emotional appeal as a direct threat to your own property and rights.

The proof is in Sanders’s polling numbers: Although Democrats have been hitting Sanders on guns for months, his numbers have barely budged — as his campaign focuses on issues that matter more to voters, like the economy, health care, and inequality.

But with the recent shootings in Virginia, Oregon, Arizona, and California, it’s possible that could change — at least in the short term. And the increased attention on gun policy may force Sanders to wrestle with his two political identities: independent Vermont senator and Democratic presidential candidate.