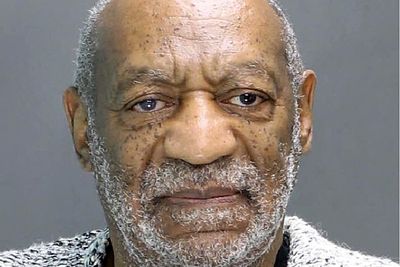 Bill Cosby has been accused of sexually assaulting more than 50 women over a period of five decades, but so far only one case has resulted in criminal charges.

There’s one big reason for this: the statute of limitations. Some of Cosby’s alleged victims were assaulted more than 40 years ago, but they only came forward in the last year because they felt safer doing so after other women broke their silence. Most states, however, don’t allow rape cases that happened more than 30 years ago to go to trial. And in many states, women have as few as three years to come forward if they want to prosecute sexual crimes committed against them.

Three years might seem like a reasonable amount of time to report a crime and file charges, but rape isn’t like other crimes. Reporting a stolen car or being mugged can be a hassle, but doing so doesn’t come with the risk of being disbelieved and shamed and having your private life turned upside-down like reporting a rape does. Some victims of sexual assault regret coming forward and say the reporting process was more traumatic than the rape itself. Society simply treats rape and sexual assault differently, and so do the police, and victims know it. That’s part of why only about a third of victims ever report rape, and why rape is one of the most underreported crimes out there.

It’s also why a lot of victims don’t come forward until many years later — and why it sometimes takes finding out their attacker had other victims to give them the courage to speak out. This is exactly what happened in the Cosby case, and this is why some observers are now arguing that we shouldn’t have statutes of limitations on rape at all.

The new criminal charges against Cosby were brought just weeks before Pennsylvania’s 12-year statute of limitations ran out. Prosecutors originally declined to charge the 2004 case, and alleged victim Andrea Constand ultimately settled a civil suit with Cosby out of court in 2006. But after Cosby’s damning deposition from that case was made public this summer, and after seeing how many other alleged victims had come forward, prosecutors apparently saw the case in a new light.

Constand’s case would have turned out very differently if she lived in one of the many states that have a statute of limitations of 10 years or less:

Some, but definitely not all, states will suspend their statutes of limitation for sex crimes if new DNA evidence is discovered or processed.

States also have widely variable statutes of limitations on civil suits, but many are just one or two years and most are shorter than the limit for criminal cases. That means that by the time a victim tries and fails to seek justice in the criminal courts, a civil suit might no longer be an option.

Why we have statutes of limitation, even for rape and sexual assault

Statutes of limitations exist in the first place because memories fade and evidence deteriorates as time passes after a crime is committed. To protect the rights of the accused and get the best results, it’s usually best to charge and try cases promptly. This also helps ensure that suspects aren’t waiting around for decades to find out if an allegation against them ever goes to trial. But the more serious the crime, the longer the courts allow for charges to be brought. Murder has no statute of limitations at all.

The FBI considers rape to be just below murder in its hierarchy of crimes, but rape is often subject to statutes of limitation. It’s typically treated like other violent assaults, although other kinds of assaults are reported more often than rape.

“If prosecutors have the evidence to prove that someone is guilty, they should be able to take that into court at any point”

The problem with prosecuting rape, in general, is that it’s hard to prove. Physical evidence is almost impossible to gather unless a rape is reported promptly, and even then it might be lacking. Police and prosecutors have to rely on the victim’s testimony, along with any other corroboration of the victim’s story they can find. This is probably why so many states think it’s reasonable to set a time limit on rape or sexual assault cases.

“Rape cases in particular benefit from ready access to fresh memories and physical evidence ranging from DNA results to (often, but certainly not always) evidence of struggle to — in cases fitting the Cosby allegations — toxicology reports,” writes Joe Patrice at Above the Law. “With each passing year, the odds increase that a criminal prosecution puts an innocent person in jail.”

The case against statutes of limitation for rape and sexual assault

One problem with rape convictions is that there are very, very few of them to begin with. According to the Rape, Abuse and Incest National Network (RAINN), only about 16 percent of rapes reported to the police end with an accused rapist in jail. And when you consider how many rapes go unreported, only about 6 percent of rapists ever see jail time. That means prosecutors arguably need more, not fewer, tools to prosecute rapists.

“If prosecutors have the evidence to prove that someone is guilty, they should be able to take that into court at any point,” said RAINN president Scott Berkowitz. RAINN supports ending statutes of limitation for rape and sexual assault, and Berkowitz doesn’t think doing so would burden the rights of the accused. It’s already incredibly difficult to prosecute rape cases that are years or decades old, he said, and there wouldn’t be some sudden rush of thousands of prosecutions into the courts if statutes of limitations were lifted. Courts would only see the cases with the strongest evidence, or the cases where new evidence came out long after the fact.

It’s also not at all unusual to see delayed reports about a serial offender come out after one or two victims come forward, Berkowitz said. You see it a lot with coaches, priests, or other powerful people in a community whose victims used to feel too intimidated to say anything. In cases like these, statutes of limitations can help serial sexual offenders go free, and it’s not at all clear that the benefit to defendants outweighs this cost.

The huge difference in limits between states is another reason to at least re-examine these laws. “Some states have very short limitation periods, and some states have fairly long periods, and some states have no periods,” said Fatima Goss Graves, senior vice president at the National Women’s Law Center. “So depending on where it is that the crime occurs, the outcomes may be very different. That’s true even though we know that most sexual assault survivors don’t report right away.” And the very short periods, like in the states with three-year limitations, could lead to rushed investigations that don’t help anyone.

Already, states have taken action in response to the Cosby story. Nevada extended its statute of limitations for criminal prosecution of rape from just four years to 20 years, directly inspired by the lobbying efforts of one of Cosby’s alleged victims who was assaulted in Las Vegas in 1989. Indiana, Florida, and Oregon have all recently loosened their restrictions, and California is considering getting rid of its limitation, which is currently 10 years unless DNA evidence is introduced.

“It’s always a big barrier to make changes to the law, but one hurdle that I think is being overcome in real time is awareness,” Goss Graves said. A lot of people simply don’t realize that the statute of limitations on rape and sexual assault is so short in so many states, or that the limits vary so much as to seem arbitrary. And a high-profile case like Cosby’s might spur lawmakers and advocates to action.

But reexamining statutes of limitations are just one way to better serve victims of sexual assault through the criminal justice system. Removing time limits may help prosecute the cases of women who have already decided to come forward, but a lot more needs to be done to encourage more women to report in the first place.

Reforming or eliminating these laws is just “a piece of a broader puzzle,” Goss Graves said. Rape victims need police to treat them better when they report, work harder to corroborate their stories, and actually process the rape kit evidence they receive (not to mention the backlog of hundreds of thousands of untested kits they already have).

“There are a lot of good reasons to not want to come forward,” Berkowitz said. “You’ve got to give victims a really compelling reason to overlook the drawbacks and to be willing to do it. The way to do that is to show them that they have a really reasonable chance at justice.”