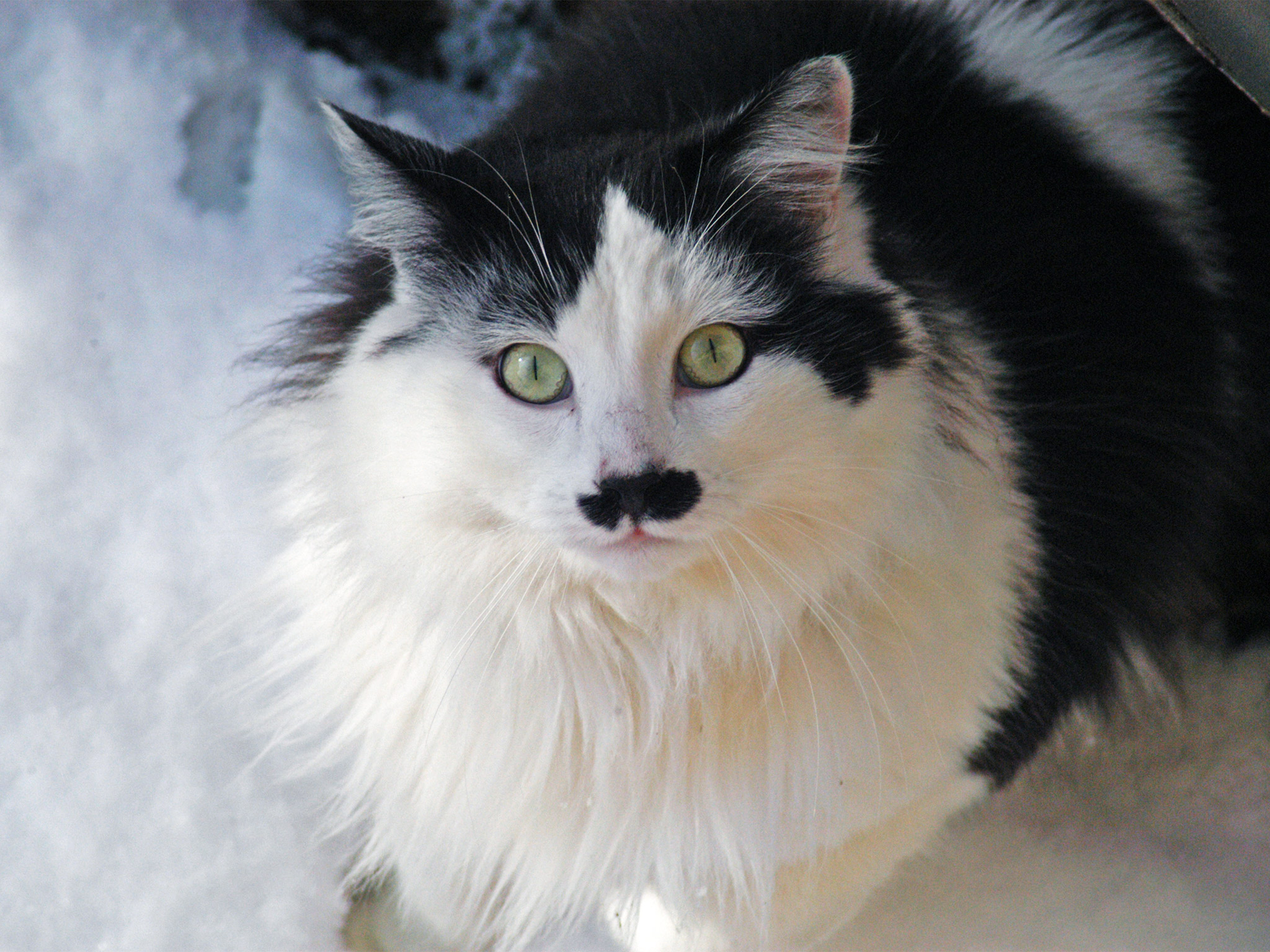 The causes of the distinctive and seemingly random colouring of the black and white cat has long remained a mystery. But new scientific research has suggested that their unique fur patterns are determined before they are born by a faulty gene.

A cat’s two-tone or “piebald” fur colour forms when their pigment cells fail to follow genetic instructions as they are developing in the womb, according to the results of a study published yesterday.

In recent years, some unfortunate felines have had their photos shared on social media and named “Hitler cats” or “kitlers”  because of the markings under their nose which resemble the German dictator’s moustache.

As well as solving a mystery which has long puzzled cat owners, it is hoped that the research could enhance human understanding of serious medical conditions such as holes in the heart, which are also caused by problems with cell movements in the womb.

Researchers at the Universities of Bath and Edinburgh, who carried out the research on mice, said the results showed that piebald patterns were caused by a faulty version of a gene called kit, which reduces the rates at which pigment cells multiply. If there are too few cells to populate the whole of the cat’s skin, the result is white patches.

The scientists said their research debunked earlier theories that the odd colouring of two-tone cats was the result of slow-moving pigment cells. They have developed a mathematical model to track cells during early development which could now be used for further research into other conditions.

“It was always imagined that there would be a signal that would tell [the pigment cells] where to go, but they just move at random,” said Professor Ian Jackson, of the University of Edinburgh. “It’s like diffusion – if you put a drop of milk in a cup of coffee that milk spreads through the whole cup of coffee. Eventually the cells spread through the skin.”

Cats which are largely black but have white faces and chests are sometimes described as “tuxedo cats”, with one notable example being Chelsea Clinton’s pet Socks, which lived in the White House from 1993 to 2001.

The researchers’ findings were published in the journal Nature Communications.