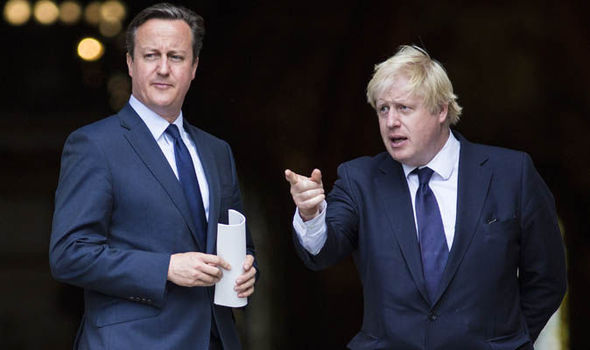 Boris Johnson claimed David Cameron won’t have to quit as PM
The Prime Minister is widely expected to campaign for the UK to remain under Brussels’ control prior to the upcoming in/out vote.

He has recently claimed the UK’s national and economic security would be put at risk by a vote for ‘Brexit’.

Last month, eurosceptic Tory MP John Redwood warned Mr Cameron if British voters still chose to leave the 28-member bloc, he would be forced to stand down as Prime Minister earlier than he planned.

But Mr Johnson this morning dismissed such suggestions as “total nonsense”.

He told LBC Radio: “The Prime Minister has a negotiation to fulfil and conduct and I’m obviously supporting him.

“My view remains what it always has been, this is a great opportunity to reform the EU.

“If we don’t get what is good for Britain and for Europe then we should not hesitate to say ‘no’.

“What I think will happen – this is very, very important – if the British people were to say ‘we don’t think that’s good enough’ I don’t think that for a minute means David Cameron has to resign.” 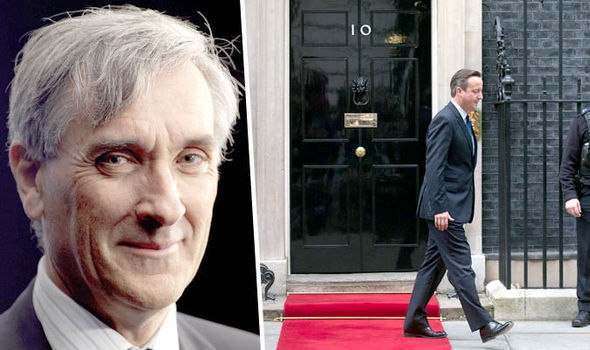 The Mayor of London claimed Mr Cameron is doing a “brilliant job” and “fighting a very tough renegotiation” with his fellow EU leaders.

Mr Johnson added if the Prime Minister fails to win his reforms or sees Britons vote to leave the EU he should not “feel the slightest bit abashed” and instead demand Brussels comes up with a new deal.

He added: “There’s plenty of room for flexibility in this whole thing and there’s no reason for the Prime Minister to not approach this whole thing with a great deal of confidence and elan.”

The Uxbridge and South Ruislip MP has consistently refused to rule out leading the ‘Leave’ campaign in the run-up to the EU referendum, due before the end of 2017.

It has recently been suggested Mr Johnson could be ‘bought off’ by Mr Cameron with a Cabinet position, in exchange for his support for remaining in the EU.

Some reports claimed he could even replace Philip Hammond as Foreign Secretary.

But Mr Johnson said he “will not take any other job” while he remains Mayor of London.

After his term at the capital’s City Hall finishes in May, he claimed he will remain “a humble backbencher”.

The Prime Minister is today expected to announce Tory Cabinet ministers will be allowed the freedom to campaign for Brexit once he finishes his EU renegotiation, which could be completed as early as February’s European Council summit.

A referendum could then be held as early as June.

Mr Johnson denied the Conservative Party could end up disastrously split over the EU referendum.

He claimed Tory MPs are “not fighting” over Europe and “glutinous harmony” currently prevails within the party.

Mr Johnson is a leading candidate to replace Mr Cameron as Tory leader.

Before the last election, the Prime Minister revealed he would not seek a third term in Downing Street in 2020.

Trump’s ‘gendered’ attacks on Hillary Clinton are part of a larger, longstanding trend