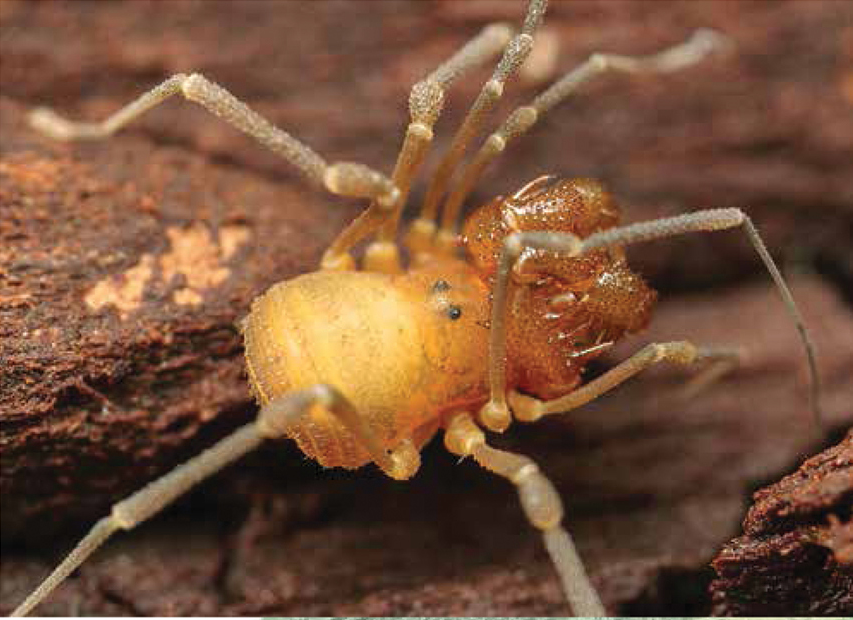 A new species of “monster” arachnid called the Cryptomaster Behemoth has been accidentally discovered by scientists in the southwestern forests of Oregon.

The creature was found by Californian researchers on an expedition to study its close relation – the Cryptomaster Leviathan (pictured above).

In a ZooKey article entitled “A new monster from southwest Oregon forests”, it is suggested the Behemoth developed differently from the Leviathan as the populations were separated by mountain ranges.

The new species is not technically a spider, and belongs to a separate arachnid order commonly known as Harvestmen, or ‘Daddy Long Legs’.

Harvestmen and spiders are both arachnids along with scorpions, mites and ticks.

While it only has a 4mm-log body, it is much larger than other similar arachnids.