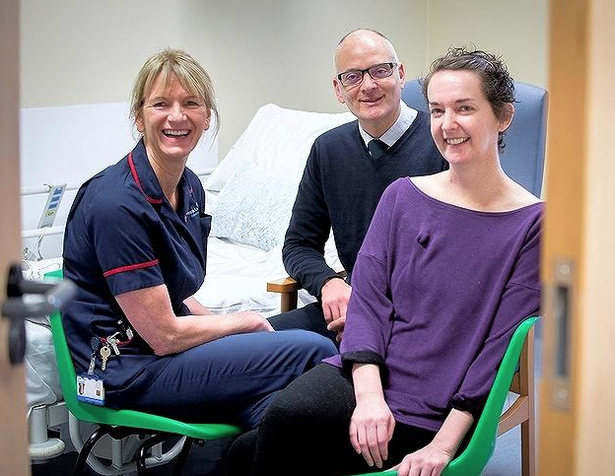 EBOLA nurse Pauline Cafferkey has revealed her delight that the hero doctor who twice saved her life has been honoured with a knighthood .

Dr Michael Jacobs and the infectious diseases team at the R oyal Free London hospital treated the Scot in December 2014 after she caught the deadly virus while volunteering in Sierra Leone.

The consultant and colleagues came to Pauline’s aid in October when she was critically ill with meningitis triggered by a hidden reservoir of Ebola virus in her nervous system.

Pauline, 40, of Cambuslang, near Glasgow, said: “I feel his honour is very well deserved. Dr Jacobs went above and beyond what was required.

“He is a very humble man who always emphasised that everything was a team effort.”

After Pauline left the Royal Free in November, she said: “I am thankful for the amazing care I received.

“For a second time, staff at the hospital have worked incredibly hard to help me recover and I will always be grateful to them and the NHS.”

Pauline spent weeks in Glasgow’s Queen Elizabeth University Hospital but got out in time for Christmas. She is recuperating with family in Fife.

She said: “I have a lot of rehab still to do. It’s going to be a long road to recovery.”

The community nurse was the first Brit to be diagnosed with Ebola in the outbreak that killed 11,000 in Sierra Leone, Liberia and Guinea. British nurse Will Pooley and Army reservist Anna Cross also caught the virus and were treated at the Royal Free. 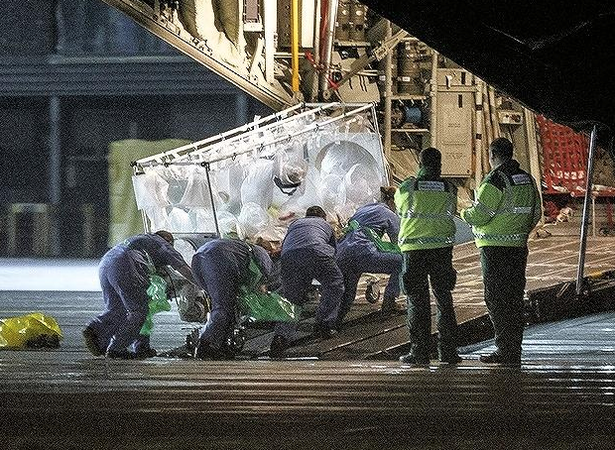 Pauline was airlifted from Glasgow to London in a critical condition

Speaking about his knighthood, Dr Jacobs, 52, paid tribute to his staff and the three volunteers who nearly died so that others could live.

He said: “I’m humbled. This truly was a team effort. This has been a devastating two years for Ebola-affected countries in west Africa.

“The patients we cared for at the Royal Free exemplify the extraordinary courage and humanity of everyone who went to west Africa to help with the international aid effort.”

Pauline, who says she has no regrets about going to Sierra Leone, was one of several Scots NHS medics we honoured with a Sunday Mail Great Scot Award.

Unfortunately, she was struck down by her second bout of Ebola days before the ceremony. Friends and colleagues picked up the award on her behalf.

How to cope with cancer in your teens: New guide aims to help young people

Cocaine use can cause brain to start eating itself, says new research