Home
Donald Trump
&
Politics
Here’s Donald Trump at his summer home in 1987, proving that his taste was already excessive 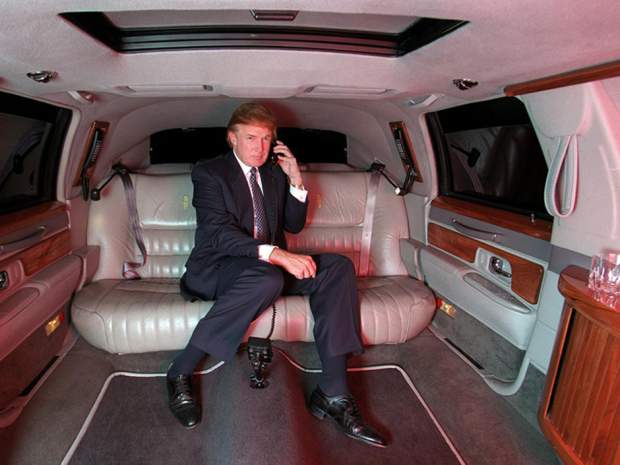 It’s 1987 in Greenwich, Conn. It’s the Donald and his then-wife, Ivana, at their summer home. Most waterfront homes sported beachy decor with lots of white and blue chintz, but not the man’s. His “cottage” was all velvet settees, deep red draperies and crystal candelabras as photos from Mashable’s Retronaut category shows.

The vast three-storey foyer displayed an unusual decor mix, with lovely scenic wallpaper, a formal Scarlet O’Hara staircase, a grand chandelier and a plush circular custom carpet, the traditional vibe of which is brought to a screeching halt by the strips of bevelled smoky mirror on a curved wall. And that giant ceramic parrot on the covered patio.

Charles Koch complains that he doesn’t have enough political power