Home
Donald Trump
&
Politics
John Micklethwait: What happens when one of the political wackos wins? 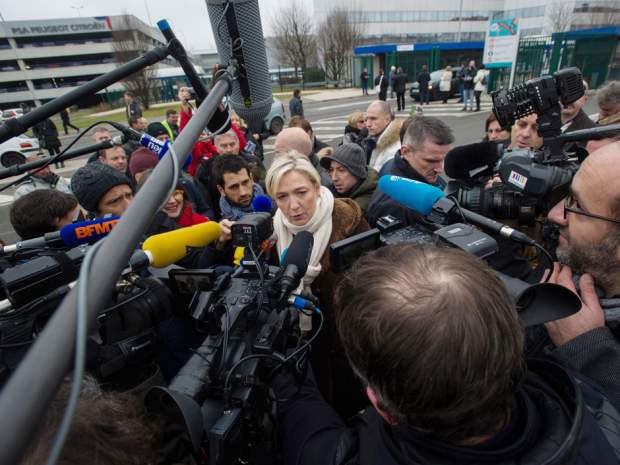 If you want to pick a number for 2016, how about 20 percent? Look around the politics of the Western world, and you’ll see that a lot of once-unthinkable ideas and fringe candidates suddenly have a genuine chance of succeeding. The odds are usually somewhere around one in five — not probable, but possible. This “20 percent world” is going to set the tone in democracies on both sides of the Atlantic — not least because, as anybody who bets on horse racing will tell you, eventually one of these longshots is going to canter home.

Start with President Donald Trump. Gamblers, who have been much better at predicting political results than pollsters, currently put the odds of the hard-to-pin-down-but-generally-right-wing billionaire reaching the White House at around 6-1, or 17 percent. Interestingly, those are roughly the same odds as the ones offered on Jeremy Corbyn, the most left-wing leader of the Labour Party for a generation, becoming the next British prime minister. In France, gamblers put the likelihood of Marine Le Pen winning France’s presidency in 2017 at closer to 25 percent, partly because the right-wing populist stands an extremely good chance of reaching the runoff. Geert Wilders, another right-wing populist previously described as “fringe,” perhaps stands a similar chance of becoming the next Dutch prime minister.

If Hillary Clinton stumbles into another scandal, the Democrats could yet find themselves with a socialist contending for the national ticket

Other once-unthinkable possibilities could rapidly become realities. America’s version of Corbyn, Bernie Sanders, whom Trump recently described as a “wacko,” is currently trading around 5 percent, no worse than Jeb Bush. Plus, Sanders has assembled the sort of Corbynite coalition of students, pensioners and public-sector workers that tends to outperform in primaries. If Hillary Clinton stumbles into another scandal, the Democrats could yet find themselves with a socialist contending for the national ticket. 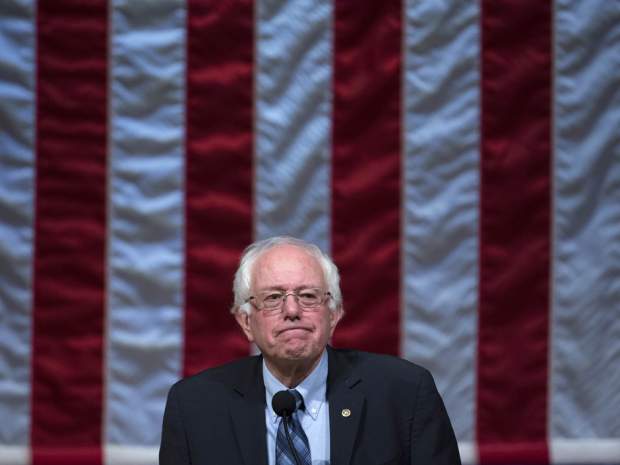 And it’s not just “wacko” candidates; some unthinkable events are also distinctly possible. This year, perhaps as early as June, Britain may vote to leave the European Union. Bookmakers still expect the country to go for the status quo, though most pundits are less certain about this than they were about the Scottish referendum in 2014, which turned out to be an uncomfortably close race for the British establishment.

Investors are used to the political world serving up surprises. These surprises, however, have usually involved one mainstream party doing much better or worse than expected — and things continuing as normal. Not this time. With Trump in charge, America would have a wall along the Rio Grande and could well be stuck in a trade war with China. Le Pen wants to take France out of the euro and renegotiate France’s membership in the EU. It’s hard to tell what would do more damage to the City of London: a Brexit that could lead to thousands of banking jobs moving to the continent; or a Corbyn premiership, which could include a maximum wage and the renationalization of Britain’s banks, railways and energy companies.

Moreover, in the 20 percent world, some nasty possibilities make others more likely. If Britain leaves the European Union, Scotland (which, unlike England, would probably have voted to stay in) might in turn try to leave Britain. If Le Pen manages to pull France out of the euro, the union’s chances of dissolution increase. And you can only guess what a President Trump would do to U.S. relations with Latin America and the Muslim world. 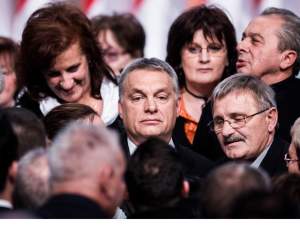 The conventional wisdom from political elites is that voters will consider these possibilities, wise up and pull back from the unthinkable. The mandarins are not wrong: The gambling markets show that Hillary Clinton and Marco Rubio are more likely to become president than Donald Trump, just as they show that Britain is more likely to stay in the European Union than not.

But there’s also plenty of evidence that across the Western world, voters are furious with the established parties and choices — and much more willing to consider extreme solutions, especially when put forward by politicians who “tell it like it is” and seem genuine, either because they say the unthinkable (Trump and Wilders) or have stuck to their principles, no matter how outdated they seem (Corbyn and Sanders).

Indeed, fringe candidates have already started to take power in some smaller countries. Five years ago, Alexis Tsipras, a Marxist demagogue, was treated with as much disdain by Greece’s established politicians as Sanders was by the Bush family. But Tsipras’s hard-left Syriza party won Greece’s election in January 2015 and drove it into a collision with Germany that nearly led to Greece leaving the European Union. Hungary is now ruled by Viktor Orban, who has promised to build “an illiberal state.” Nationalist-populists also rule in Poland and have a share of government in Switzerland and Finland.

Put another way, it’s hard to dismiss a “Brexit” or a Trump presidency as a complete surprise. Trump has been atop the Republican polls for several months. Most big banks are already working on a Plan B in case the City of London finds itself no longer in the EU.

The unease that has brought us to this point is not going to abate. On both sides of the Atlantic, even when economies are growing, voters across the political spectrum are unnerved by broadly the same things, including inequality and globalization (especially immigration and trade). If you’re worried about your job and your children’s future, you can be pulled leftward to Jeremy Corbyn and Bernie Sanders, or to the right by Donald Trump and Marine Le Pen.

Corruption and inefficiency — whether in the form of America’s money politics or the EU’s lack of accountability — partly explain why the ills of the Western world have not been solved. But another reason is that problems like inequality don’t lend themselves to easy or swift resolution. A generation doesn’t become educated overnight; an economic realignment brought about by technology doesn’t resolve itself in short order. In other words, the 20 percent world is here to stay. Get used to it.