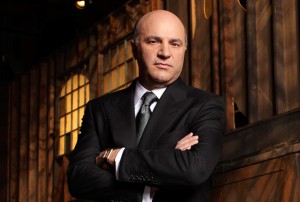 WASHINGTON — Kevin O’Leary is right — he’s not Donald Trump, Canada’s not the U.S., and should he run for high office there would be huge differences between him and the swirly-haired political phenomenon sweeping the land to the south.

Every ingredient in Trump’s success story is either absent in Canada — or at the very least carries a mildly different flavour north of the 49th parallel.

He’s quick, however, to stress the differences: “I am certainly not Donald Trump in policy — foreign policy or domestic or social. We are different people,” O’Leary said in an interview.

Trump has been a household name in the U.S. since the dying days of disco. His love life was supermarket tabloid fodder back in the grunge era, and he’s not only graced the cover of Time magazine a few times, but Playboy, too.

That fame helped him burst out of the gates in attracting media attention. And the coverage grew, along with his poll numbers. Trump’s opponents gripe that he’s been allowed to dominate the airwaves — and they’re right. He’s received most of the airtime, leaving them starving for any oxygen at all.

Even this week, and even within Canada, the number of Google searches for Trump were multiple times higher than for O’Leary — anywhere from seven to 17 times higher. And that’s after O’Leary started attacking the premier of Alberta and talking about the federal Conservative leadership.

Last week, the disparity was as high as 60 to one.

Not all Republicans like Trump equally. Education is the key variable. Trump is dominating polls among party supporters who didn’t attend college — with a whopping 34-percentage-point lead, according to a national CNN survey last month. Among college attendees, Trump was in fourth place.

That kind of gap would seriously harm a Trump campaign in Canada. The ranks of those with a post-secondary education (in technical and academic programs) are nine percentage points larger in Canada, according to 2010 statistics from the OECD. The gap is even bigger among those aged 35 to 44 — where it’s a 14 per cent difference.

The modern economy hasn’t been kind to the lesser-skilled workers.

And that speaks to the third ingredient: economics.

The middle class is being squeezed in many countries, including North America. But it’s getting squeezed way harder in the U.S. The OECD’s measure of income inequality shows Canada in the middle of the pack, whereas the U.S. is the fourth-most unequal country after Mexico, Chile and Turkey.

Trump promises to turn back the tide on two factors blamed for hurting lower-skilled U.S. workers: trade deals and illegal immigration. That back-to-the-past message is even embedded in his campaign slogan: Make America Great Again.

It’s had an opposite effect on workers in Canada and the U.S., according to labour economist George Borjas and Abdurrahman Aydemir of Statistics Canada. They found it widened the wage gap in the U.S., pushing down the salary of lower-paid Americans — with a 10 per cent shift in the labour supply suppressing working-class wages by three to four per cent.

In Canada, they concluded, it made the country more equal.

Because of its more difficult-to-get-to location and the design of its immigration system, they found, higher-skilled immigrants made it to Canada and they competed for jobs with wealthier workers.

When Trump addresses the ranks of the disaffected, he doesn’t just talk immigration and trade. He also disparages a political system corrupted by money and special interests.

And there’s a fifth difference: Politics is a multibillion-dollar industry in the U.S. populated by lobbyists and campaign consultants. Congress is historically unpopular, and the people are angry with political incumbents. In Canada, the maximum political donation is $1,525 by individual; corporate donations are banned.

Trump’s boasting that he’s the incorruptible billionaire might not pack the same punch in Canada. Nor would his promises to self-fund much of his campaign.

That’s because Elections Canada has a $25,000 limit you can spend on yourself.

And that speaks to difference No. 6, according to one conservative activist who closely follows the politics of both countries. The mechanics of campaigning are vastly different, says Stephen Taylor.

In the U.S., voters register with the government as a Democrat, Republican or Independent — and that qualifies them to vote in a primary.

A Canadian leadership candidate needs to sign up new members, get a campaign team to reach them, and consult closely with the party establishment on the rules and procedures for registration.

“It’s much more difficult for a self-funded, ego-driven campaign in Canada,” Taylor said.

“A candidate is more dependent on playing nice within the party… Trump is running an anti-establishment campaign… A similar effort in Canada would not bear as much success.”

When it comes to addressing those voters, there’s a final difference: Trump doesn’t need to learn French to communicate with nearly one-quarter of his country.

Bernie Sanders is right: Drug companies did help cause the opioid epidemic

Donald Trump: I could shoot somebody and not lose any voters