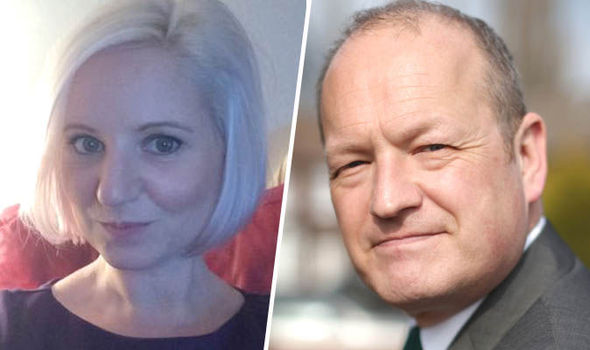 The Rochdale MP is facing calls to resign after he reportedly sent sexually explicit text messages to a teenage girl.

Mr Danczuk, who has been a prominent campaigner against child sex abuse, has claimed a “drink problem” was a major factor behind him sending messages to 17-year-old Sophena Houlihan, who had asked for a job in his constituency office.

The 49-year-old, who has apologised “unreservedly”, also described younger women as his “achilles heel”.

But the politician today dismissed suggestions his problems were stopping him being an effective MP.

Speaking from his office in Rochdale, where protestors have gathered, he said: “It is not for ex-girlfriends or ex-wives to determine who the MP for Rochdale is.

“It is for the residents of Rochdale to determine who the MP for Rochdale is.

“I have been very clear about what issues I have addressed personally and I will continue to do so.”

His comments came after his ex-girlfriend Claire Hamilton said his admission he sent texts to Miss Houlihan led her to break up with the MP.

She told BBC Radio 4’s Today programme: “Simon hasn’t got a stop button when he starts to drink. He will just keep consuming. If it’s there, he’ll drink it.

“He can be a very charming, funny, lovely person, and then sometimes when he’s had a drink and he was stressed he would be very nasty and grumpy and someone you wouldn’t want to be around.

“It was getting harder and harder to be in the relationship, to the point that when he did confess to texting a teenage girl, it was definitely over.

“That was the straw that broke the camel’s back and I knew there was no going back to him.” 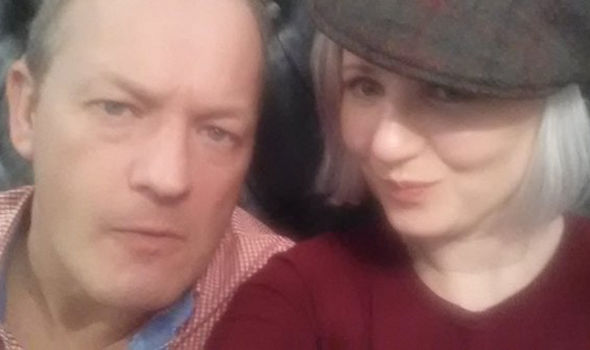 It is not for ex-girlfriends or ex-wives to determine who the MP for Rochdale is.

Miss Houlihan, who is now 18, said Mr Danczuk sent her numerous messages, including one asking if she wanted a “spanking”.

One of those protesting outside Mr Danczuk’s office said she waiting to hear the father-of-five explain “why he won’t resign”.

Liz Thirsk, former Liberal Democrat member of Rochdale Council, said: “If he was a school teacher would that be allowed, or if he was a social worker? Would the fact that I was drunk be an excuse

“If you go up in court accused of a crime, would the fact that you were drunk excuse you? That can’t be acceptable.”

Mr Danczuk’s personal life has regularly made headlines following the breakdown of his marriage to second wife Karen, who was dubbed a ‘selfie queen’ due to her fondness for posting pictures of herself in low-cut tops on Twitter.

Ms Danczuk has remained supportive of her former husband and went to church with the MP on Sunday.

The text message row has also seen Ms Danczuk caught up in a war of words with the politician’s first wife.

Mr Danczuk has been suspended by the Labour Party while an investigation takes place into the sex text row.

But he has reportedly written to Labour bosses to ask that controversial former Mayor of London Ken Livingstone – who has been highly critical of the MP – play no part in the process.

According to the Daily Telegraph, Mr Danczuk told Labour’s general secretary Iain McNicol: “I strongly deny any illegality in my actions.

“His [Mr Livingstone’s] comments were featured under critical headlines and clearly showed a prejudicial view of my case.

“With Ken Livingstone having clearly displayed a prejudiced view from the outset, could you give me your assurances that he will play no part in this investigation.”

Mr Livingstone is a firm ally of Labour leader Jeremy Corbyn, who has been routinely criticised by Mr Danzcuk.

Donald Trump: I could shoot somebody and not lose any voters