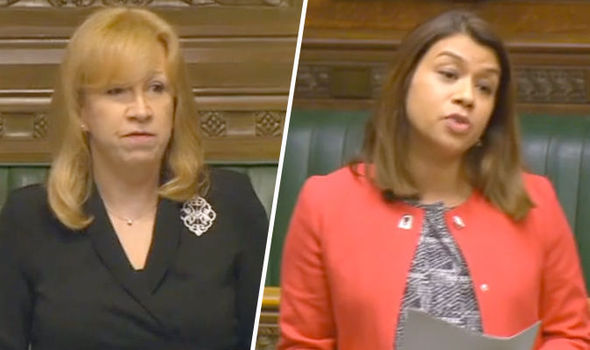 Labour’s Tulip Siddiq, who is expecting her first child in April, was reportedly told by Deputy Speaker Eleanor Laing not to “play the pregnancy card” after breaking parliamentary custom by exiting the Commons chamber.

According to official records, Ms Siddiq spoke in Wednesday’s debate on welfare reforms at 2.30pm having arrived in the chamber two hours before.

Noticing the Hampstead and Kilburn MP had left the Commons after finishing her speech, Mrs Laing told the chamber: “If one makes a speech in the Chamber, it is courteous and required by the rules of the House that one stays in the Chamber certainly for the following speech and usually for at least two speeches thereafter.

“The people who have not done so today know who they are.”

The Deputy Speaker is then alleged to have exchanged words with Ms Siddiq when she returned 45 minutes later.

A witness told the Evening Standard: “She was really laying into her. It was intense.”

Ms Siddiq was said to have apologised to an “annoyed” Mrs Laing.

A witness added: “Tulip apologised, she didn’t mention being pregnant, but Madame Deputy Speaker was annoyed and said, ‘Don’t play the pregnancy card with me’.”

Tulip apologised, she didn’t mention being pregnant, but Madame Deputy Speaker was annoyed and said, ‘Don’t play the pregnancy card with me’

Mrs Laing, a single mother who campaigned for the deputy speaker role by backing family-friendly hours in the Commons, was then reported to have said: “You’ve made women look bad,” before adding: “People will think that women can’t follow the conventions of the House because they’re pregnant.”

Ms Siddiq, who previously revealed she has sought advice from other MPs who have had children while serving in Parliament, confirmed the incident to the newspaper.

But she said she had yet to decide whether to make a formal complaint.

She said: “I think it shows the conventions of the House are outdated for anyone, let alone for pregnant women or people with health issues.

“In certain cases people should be given leeway to leave without having to go through an administrative process.

“Elsewhere in society that would just be common sense.”

Ms Siddiq. the grandaughter of the founding father of Bangladesh, is a rising star within the Labour Party.

A Commons spokesman didn’t comment on “private conversations held in the Chamber” but said if an MP needs to leave a debate they are supposed to ask the chair privately for a “brief leave of absence”.

Express.co.uk has contacted the Deputy Speaker’s office for comment.