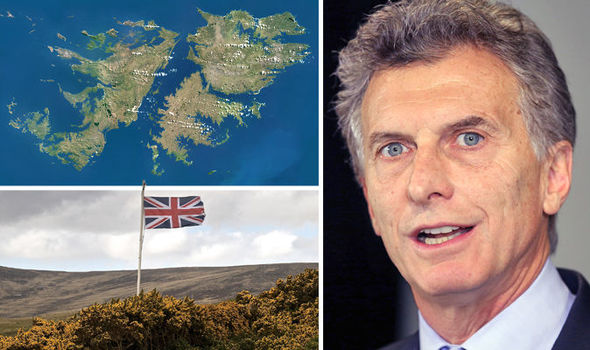 After replacing previous firebrand president Cristina Fernández de Kirchner late last year it had been hoped new leader Mauricio Macri would usher in a period of calmer relations between the UK and Argentina.

But those hopes appear to have been dashed after Mr Macri’s foreign ministry signalled he is ready for a new argument over the Falklands – referred to as ‘Malvinas’ in Argentina.

In a statement, the Argentinian Embassy, said Mr Macri’s administration has been “unanimous in its rejection of the British military presence in the South Atlantic” and called for “an end” to the Falklands occupation.

The statement said: “On 3 January 1833, the Malvinas Islands were occupied by British forces, which evicted the Argentine population and authorities lawfully established there and replaced them with subjects of the occupying power. The Argentine Republic immediately protested against that unlawful act of force which continues, and did not consent to it at any time.

“183 years after the beginning of such illegitimate ongoing occupation, the Argentine people and Government reaffirm once more the imprescriptible sovereignty rights of the Argentine Republic over the Malvinas, South Georgias and South Sandwich Islands and the surrounding maritime areas.” 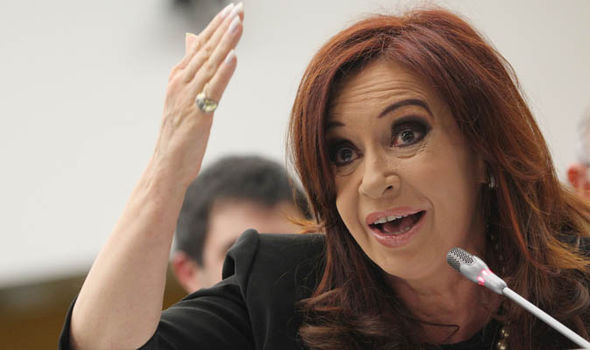 The statement continued: “For decades, the international community has regarded the question of the Malvinas Islands as one of the forms of colonialism that must be brought to an end, and has urged Argentina and the United Kingdom to find a peaceful and definitive solution to the sovereignty dispute through bilateral negotiations.”

The Embassy said Argentina has renewed its “strong commitment to the peaceful solution of controversies” and “invites the United Kingdom to resume negotiations with a view to finding -as soon as possible and in a fair and definitive manner-   a solution to the sovereignty dispute over the Malvinas, South Georgias and South Sandwich Islands and the surrounding maritime areas as soon as possible, following the path of dialogue, peace, and diplomacy as urged by the international community.” 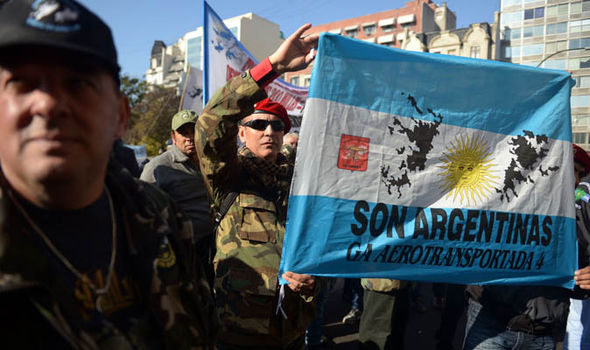 Argentinians insists the Falklands belong to them

Argentina renews its firm commitment to peacefully settling its differences, to international law and multilateralism.

Argentina insists it retains sovereignty of the Falklands as well as the South Georgia, South Sandwich islands in the South Atlantic.

Argentina’s 1982 invasion of the islands sparked a brief war with Britain before Buenos Aires surrendered after a 74-day conflict.

In March 2013, the Falkland Islands held a referendum in which 99.8 per cent of inhabitants voted to remain a British overseas territory.

Ms Kirchner’s eight-year populist rule of Argentina was marked by a series of rows over the Falklands, which was widely seen as her attempt to distract voters from the country’s disastrous economy.

Tensions reached a head in 2012 when Ms Kirchner attempted to hand a package of United Nations resolutions over the Falklands to Mr Cameron at a G20 summit.

The Prime Minister refused to accept the papers as Downing Street accused Ms Kirchner of a “media stunt”.

Last year Ms Kirchner introduced a new Argentinian banknote branded with a map of the Falklands.

Following Mr Macri’s election last November, Mr Cameron congratulated the new president on his win as he used a phone call to hail “an opportunity to strengthen relations” between Britain and Argentina.

The Prime Minister also used his Christmas message to the Falkland Islands to express his hope Mr Macri’s election would “allow us to move towards a more mature relationship”, although he added his commitment to the islanders right to self-determination was “immoveable”.

Mr Macri is attempting to overhaul Argentina’s near-bankrupt economy, which has led to soaring prices in the country.

Mr Cameron’s official spokeswoman said today: “We are very clear that the sovereignty of the Falkland Islands should be determined by the Islanders and they expressed their view very clearly in the recent referendum.”

Asked if the Prime Minister was disappointed by the Argentine government’s statement, she added: “The statement talks about how our countries should work together to address a range of issues, not just the Falklands Islands but in the broader region.

“We need to now see what those talks lead to … where we can develop a constructive relationship.

“The Prime Minister spoke to the new president at the end of the year.

“They agreed they want to look at ways we can have a more constructive relationship.”