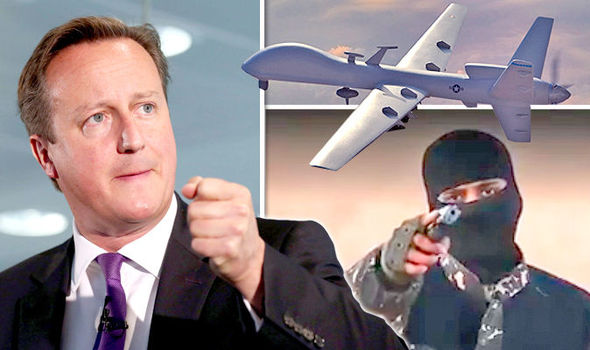 Questions were asked about Abu Rumayash, who was arrested in the UK in September 2014 and is believed to be the latest chilling jihadist to appear in the Islamic State (also known as Daesh and ISIS) propaganda video over the weekend.

Ramyash has been likened to Mohammed Emwazi better known as Jihadi John, who was recently killed by the American and brought up in London.

He featured as the executioner in a series of gruesome ISIS videos including the ones where he beheaded British aid workers David Haines and Alan Henning.

Asked if he would do the same to take out spokeswoman for the Prime Minister said: “The Prime Minister has spoken before about this and it remains his view that he will look at what is necessary to protect British people in this country and protect people from the threats posed by Daesh.”

During a tense statement in parliament Home Secretary Theresa May insisted she cannot comment on the identity of an apparently British man in the latest Islamic State propaganda video. 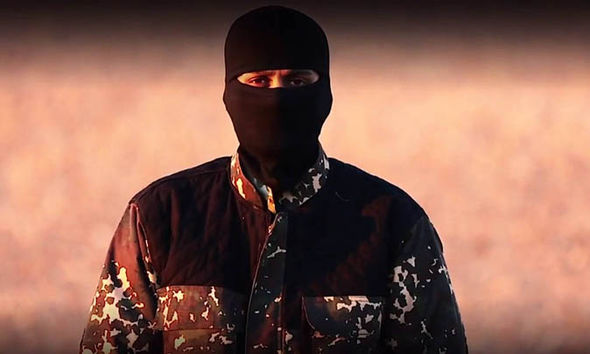 The Home Secretary delivered a statement to MPs on what is being done to counter terrorism in the wake of the latest video, but she would not be drawn on the identity of the man in the video.

She said: “This weekend Daesh released a video depicting the sickening murder of five men who they had accused of spying for Britain.

“I would like to echo the Prime Minister’s words that this is a barbaric and appalling video.

“Daesh seek to intimidate and spread hateful propaganda but in doing so they only expose their own depravity and the emptiness of their proposition.

“The House will understand that this is an ongoing police investigation and I cannot comment further while that investigation continues.

“To do so could prejudice the outcome of any future judicial process and for the same reason I cannot comment on the alleged identities of the man or the child in the video.” 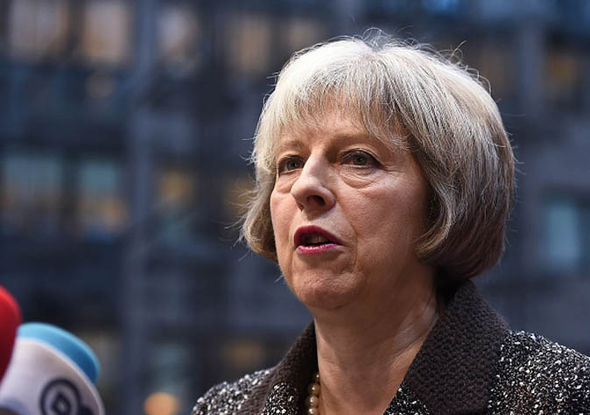 May was quick to condemn the ‘barbaric and appalling video’ 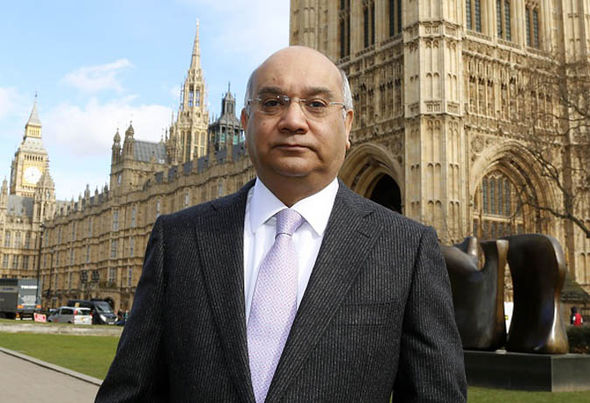 Vaz: ‘ This case is most concerning’

However, Labour shadow home secretary Andy Burnham described the development as a “serious lapse in security.”

He said that while he appreciated there was an ongoing investigation, “the fact that this individual could abscond when facing major charges raises serious questions about counter-terrorism policy”.

Keith Vaz, chairman of the Home Affairs Select Committee, said: “This case is most concerning. We need to ensure that our processes are robust. Someone on bail who is known to the relevant authorities for counter-terrorism issues should never be allowed to leave the UK.

“The various agencies need to work together immediately to ensure that passports are removed, especially as they appear to be a condition of bail.”

He said he will raise the issues with the Prime Minister when he appears before the liaison committee next week.

Mr Vaz added: “Serious questions need to be asked about what went wrong so that it never happens again.”