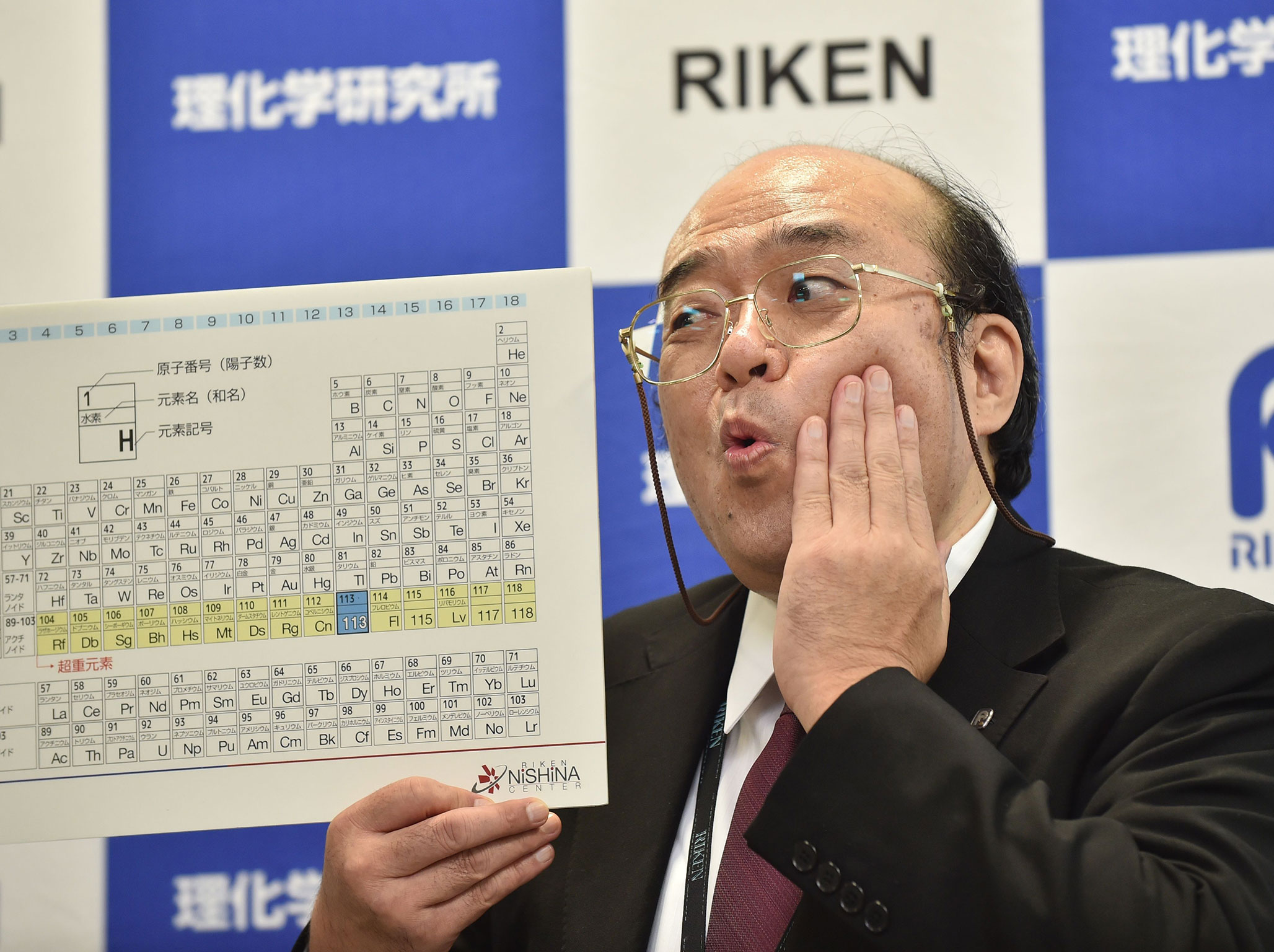 The periodic table has been given four new elements, altering one of science’s most central pieces of knowledge.

Elements 113, 115, 117 and 118 will now be added to the table’s seventh row and make it complete, after they were verified by the International Union of Pure and Applied Chemistry on 30 December. But they are yet to receive their final names or symbols.

The new elements were discovered by team from Japan, Russia and the USA, who will all get to name their own new elements.

All of the four new admissions are man-made. The super-heavy elements are created by shoving lighter nuclei into each other and are found in the radioactive decay — which only exists for a tiny fraction of a second before they decay into other elements.

The elements have been worked on since at least 2004, when studies began showing the discovery and priority of element 113. But they have all now satisfied the strict tests to be admitted to the periodic table.

Ryoji Noyori — the former president of Riken, the Japanese institute that helped discover element 113 — said that for scientists to have the achievement recognised “is of greater value than an Olympic gold medal”.

The new discoveries fill in the seventh row, or “period”, of the table. Because of the way that the periodic table is put together, the existence and even properties of those elements that would fill in some parts of the table can be guessed at before they are actually added.

All of the elements are yet to be given permanent names. The teams that discovered will be asked to decide what they are called, as well as to choose the one-, two- or three-letter symbol that they will be referred to on the period table.

The elements have to be named after a mythological concept, a mineral, a place or country, a property or a scientist.

For the moment, the elements are named after their number: element 113 is called ununtrium (which means 113-ium), and has the symbol Uut. Element 115 is referred to as ununpentium or Uup; 117 is called ununseptium or Uus; and 118 is called ununoctium or Uuo.