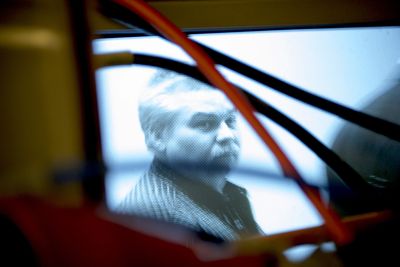 It’s hard to walk away from Netflix’s Making a Murderer without a big sense of outrage. The show depicts the real-life story of a local police department allegedly pursuing a personal vendetta from 2003 to 2007, eventually landing a man and his nephew in prison for life for a murder they, the show suggests, didn’t commit. According to the documentary, the Manitowoc County Sheriff’s Department in Wisconsin did this because the man, Steven Avery, sued county officials after he was cleared for a previous crime that wrongly put him in prison for 18 years — from 1985 to 2003.

But there’s a problem: Obama can’t pardon Avery or Dassey because they’re state prisoners, and the president’s pardon power is constitutionally limited to federal crimes.

While this is an innocent mistake, it reflects a broader problem in media coverage and the public understanding of the criminal justice system. People often focus on what the federal government is doing, but most criminal justice happens at the local and state level — federal prisoners made up just 13 percent of all US inmates in 2014, according to the Bureau of Justice Statistics.

So if people want serious changes in the criminal justice system, they should petition their state legislatures and governors. And in the case of Avery, they should petition Wisconsin’s governor — although Gov. Scott Walker has reportedly refused to review or issue any pardons since he took office.

Bloomberg wants to save everyone from Trump. But a lot of people don’t know who he is.