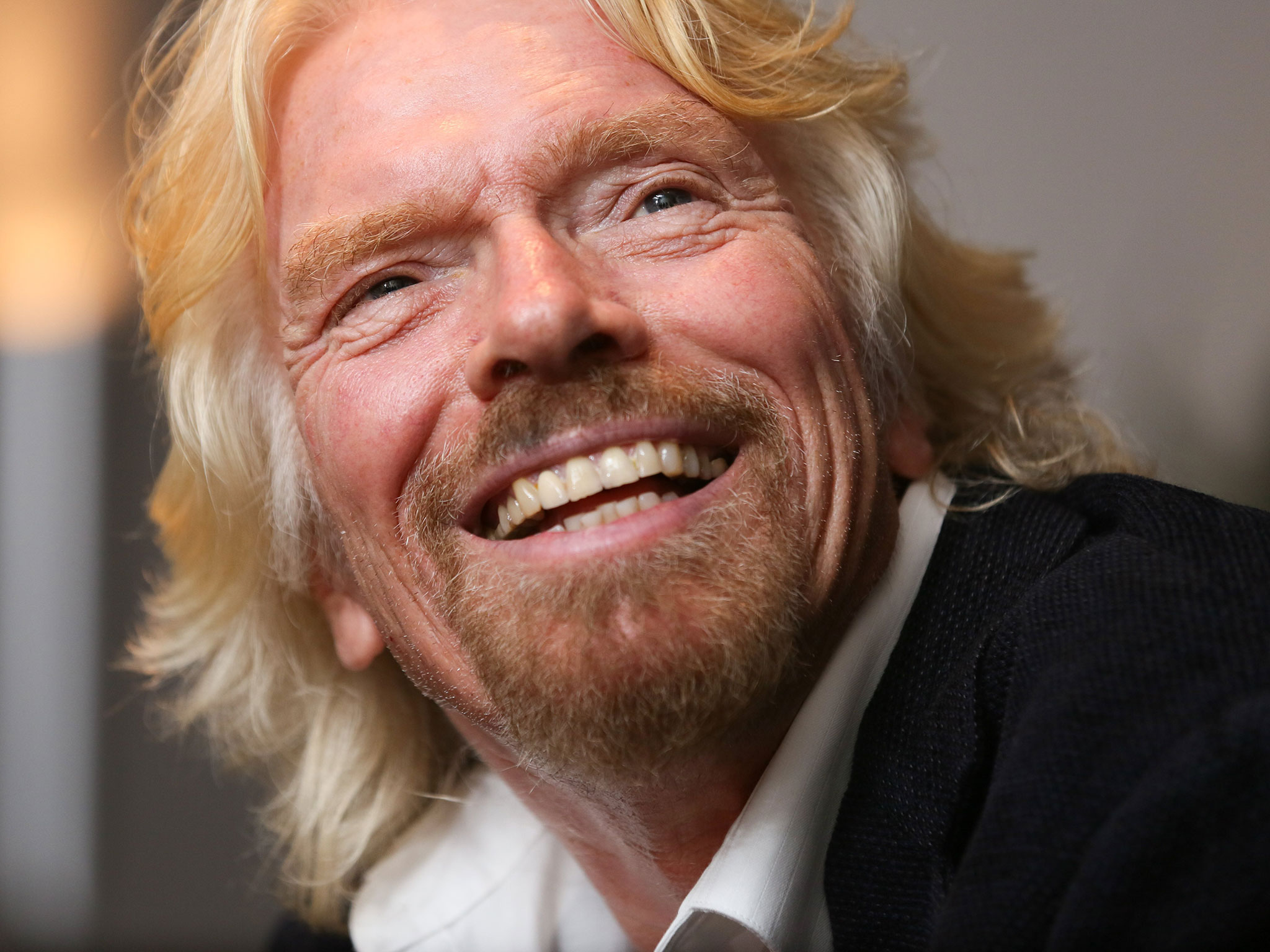 Sir Richard Branson wants to take paying passengers into space from a “spaceport” in Britain and has promised that the rocket fuel used will be clean enough to ensure no one buying a ticket will feel guilty about damaging the planet.

The 65-year-old entrepreneur said that his company, Virgin Galactic, is back on track to become the first commercial space service – despite the devastating accident in 2014 when SpaceShipTwo disintegrated in a test flight while travelling at 600mph at an altitude of nine miles – killing one of the two test pilots who were on board.

In an exclusive interview with The Independent on Sunday, Sir Richard said that his ambitious goal of establishing the first passenger space operation, from Virgin Galactic’s base in the Mojave Desert in California, now extends to operating from a future spaceport in Britain, which is being considered by the Government.

“Virgin Galactic very much hopes to be one of the principal operators. We are a contender to operate Virgin Galactic out of the British spaceport once it’s chosen,” he said. “I think initially it will be for people going into space and coming back to that spaceport, but, in time, the aim is to go point-to-point.”

Virgin Galactic has been criticised by environmentalists for offering what amounts to expensive joyrides for the super-rich who, for a ticket costing about $250,000 (£170,000), will be able to experience no more than a few minutes of weightlessness while witnessing the curvature of the Earth before descending to the same spaceport in the Mojave from where they took off.

However, Sir Richard defended his space plans on the grounds that they could eventually lead to a new form of intercontinental travel for the masses via space, which he said could be less damaging to the environment than current long-haul flights from potential fuel savings.

“We are doing everything we can to try to work towards turning the world into a place that’s run by clean energy, not dirty energy. We’ve managed to reduce the amount of energy, of carbon output, to get somebody into space … to less than a round-trip, economy class, from London to New York,” he said.

“I suspect, in two to three years, we’ll not be using any carbon output at all for our space programme.  All I can say is that we would not want a space programme if we thought it was in any way damaging [to the environment]. We believe space can play a major part in helping the world we live in and getting on top of climate change,” he said.

“I promise you that we will not allow people to feel guilty travelling with us. We will show them we can pioneer clean energy.”

Can Sir Richard Branson really offer us rides into space without damaging the planet?

When Sir Richard talks about carbon-neutral space travel, he is alluding to the possibility of cheap biofuels from growing sustainable crops such as marine algae, or using up biological wastes from farming.

In 2008, one of Virgin Atlantic’s jumbo jets flew between London and Amsterdam using a fuel derived from a mixture of Brazilian babassu nuts and coconuts. Sir Richard said the flight marked a “vital breakthrough” for the airline industry’s attempts to go green.

However, only one of the aircraft’s four engines had been converted to using biofuel, which has a tendency to freeze at high altitude if not stored correctly. The technology still has a long way to go.

An equally difficult question hangs over the sustainability of biofuels – as many are made by converting wildlife-rich land. Then there is the question of the impact on food supply caused by converting farmland into industrial biofuel cropping, which could contribute to rising food prices for the world’s poorest.

Sir Richard said that advances in biofuels, renewable energy and cleaner rocket technologies could make intercontinental space travel a reality – and at a price that ordinary people could afford – without damaging the environment or exacerbating climate change.

The prospect of cleaner, intercontinental space travel was one reason that the Government announced in May a shortlist of aerodromes in the UK that could host a new national spaceport. It has said it would like to see such a spaceport operational by 2018.

Virgin Galactic has put in a bid to operate space planes from the spaceport, Sir Richard said. He is convinced that the costs of space flights will come down and the fuel savings on intercontinental flights using a low Earth orbit will make these point-to-point, long-haul space flights commercially viable.

“Not everybody could fly across the Atlantic in the 1920s. It took pioneering companies to bring the cost of air travel down to a price where enormous numbers of people are able to do it,” Sir Richard said.

“In time, thousands of people will become astronauts and enjoy space travel. And, projecting further forward, Virgin Galactic is building spaceships with wings. We’re in the airline business and we want to start offering point-to-point travel via space,” he said.

“Initially, it won’t be cheap, but it’s possible that the environmental costs will be a fraction of what it currently costs to go on an airplane. We hope the price of point-to-point travel will be realistic, so that a lot of people will be able to experience it. We’re talking of tremendous speeds and spectacular views along the way.”

In February, Virgin Galactic will unveil its new replacement spaceship in the Mojave. There are no major changes in the design compared with the ill-fated SpaceShipTwo, Sir Richard said, except that there will be a fail-safe mechanism to prevent pilots from prematurely engaging the “feathering system” which controls the plane’s descent – the cause of the 2014 disaster.

Sir Richard has invited the theoretical physicist and cosmologist Stephen Hawking to name the new plane at the unveiling. He has already offered the scientist Virgin Galactic’s only free ticket into space – which Professor Hawking has accepted, provided his health allows it.

“Obviously, we had a year’s delay after the accident and it’s tremendous that Stephen Hawking has agreed to come and name the new spaceship,” Sir Richard said.

“He has made it very clear that he thinks mankind and womankind need to work very hard to try to colonise other planets and that space is very important for people back here on Earth,” he said.

“He has spoken in the past about the need for colonising other planets should anything ever happen to people back here on Earth, so that all those years of evolution will not be wasted.