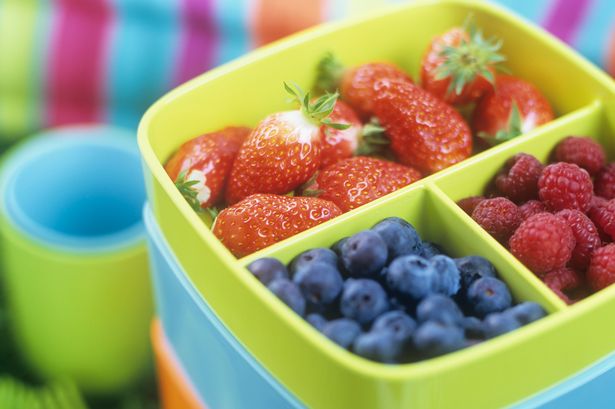 FRUITS and wine have been linked with reducing erectile dysfunction, scientists have discovered.

Products which are rich in flavonoids – a group of nutrients known to have health benefits – are thought to help men who have problems getting and sustaining erections.

Citrus fruits, blueberries and red wine are all believed to have particular benefit to those under the age of 70.

And scientists believe the flavonoid-rich foods may be better than exercise in reducing the risk of erectile dysfunction.

Research by the University of East Anglia (UEA) and Harvard University was published on Wednesday in the American Journal of Clinical Nutrition.

She said: “We already knew that intake of certain foods high in flavonoids may reduce the risk of conditions including diabetes and cardiovascular disease.

“This is the first study to look at the association between flavonoids and erectile dysfunction, which affects up to half of all middle-aged and older men.

“Flavonoids are present in many plant-based foods and drinks including fruits, vegetables, tea, herbs and wine. We examined six main types of commonly consumed flavonoids and found that three in particular – anthocyanins, flavanones and flavones – are beneficial.”

More than 50,000 middle-aged men were included in this large population-based study

Scientists reckon just a few portions of these foods – which also include blueberries, cherries, blackberries, radishes, apples, pears and blackcurrants – would be enough to see a marked improvement in reducing erectile dysfunction.

It is already known that increased exercise can combat the problem, but the new research shows that eating a flavonoid-rich diet is as good for reducing the likelihood of impotence as briskly walking for up to five hours a week.

The study also showed that a combination of consuming flavonoid-rich foods with exercise can reduce the risk of erectile dysfunction by 21 per cent.

More than 50,000 middle-aged men were included in this large population-based study. They were asked about their ability to have and maintain an erection sufficient for intercourse, dating back to 1986. Data on dietary intake was also collected every four years.

The research team took into account a range of factors such as body weight, physical activity, amount of caffeine consumed, and whether the participants smoked. The research was also restricted to men who were otherwise in good health.

More than one third of the men surveyed reported suffering new onset erectile dysfunction. But those who consumed a diet rich in anthocyanins, flavones and flavanones were less likely to suffer the condition, scientists discovered.

Prof Cassidy said the benefits were strongest among younger men.

Girl who BLEEDS from her EYES, EARS and MOUTH describes misery of horrifying condition which leaves her housebound