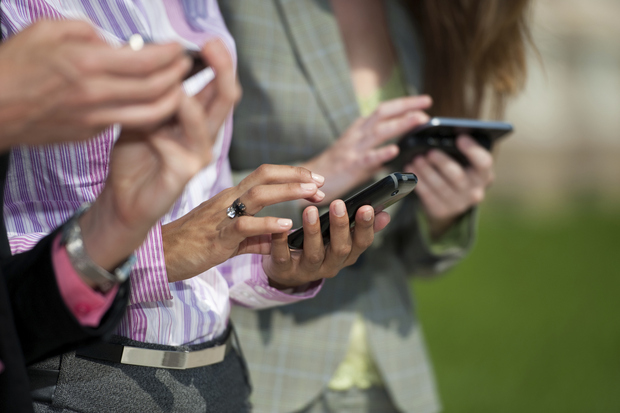 Steve Jobs was right the first time. Though the Apple founder eventually came around to tablets, arguing that they were superior to phones for video and other “lean back” activities, his initial, caustic insight noted, “We look at the tablet and we think it’s gonna fail.”

And how — according to IDC, tablet shipments have declined for four consecutive quarters. Against a backdrop of general tablet malaise, there used to be bright spots like online retail and video that held promise for long-term tablet success, but not anymore.

With the 2015 holiday season in the rearview mirror, the supremacy of the smartphone has come into crystal-clear focus, even as tablets fade. According to new ADI data, a record $83 billion was spent online during the holiday season, with an increasingly large chunk of online business being done with smartphones. In fact, on Christmas Day alone, a record 49 percent of visits to retail sites were driven by smartphones, nearly exceeding desktop (38 percent) and tablets (13 percent) combined.

In short, as the world moves increasingly mobile, the tablet is increasingly passed over for the convenience of smartphones. This trend may be irreversible.

Tablet slippage comes even as the world dumps desktops for increasingly mobile devices. While we may cling to our laptops for so-called productivity applications, most everything else is being appified for mobile.

And not any kind of mobile: Two years ago tablets were pushing past smartphones as the shopping device of choice. Today, the reverse is true by a wide margin.

As uncovered by the Adobe Digital Index, which tracks 80 percent of all online sales, smartphones now surpass tablets as the most preferred mobile holiday shopping device. To wit, phones drove 17 percent of sales, despite having much lower average conversion than tablets (1.7 percent to 2.8 percent). This is a big shift from 2014, when tablets drove the majority of mobile sales — nor is this merely a matter of shopping.

As Steve Jobs once declared, tablets should be a perfect fit for online video, offering a large enough screen and the ability to take that screen wherever one wants to enjoy the latest from Netflix or Disney. However, here, too, smartphones dominate tablets, booming 33 percent to 18.1 percent of all online video starts over the last year even as video viewing on tablets declined by 7 percent to 12.6 percent, according to ADI data.

This same scenario is playing out across all mobile markets: Tablets, once so promising, are getting pummeled by smartphones.

The quest for convenience

The reason, quite simply, is convenience. Smartphones are with us from the moment we wake until we fall asleep. They’re constantly connected (unlike tablets, where only 12 percent have a 3G wireless connection). They sport screens that are big enough (and getting bigger), without being so large that they immobilize the mobile experience, so to speak.

For those who bought a tablet for whatever reason, there’s little reason to buy another, further depressing tablet sales, as InfoWorld’s Galen Gruman highlights. Consumers tend to upgrade their phones every two years, prodded by carrier subsidies and new innovations. Tablets, on the other hand, are generally not subsidized by the carriers (expensive!) and haven’t innovated as quickly. Hence they last forever, collecting dust on a shelf somewhere.

Tablets, in short, are too conflicted to succeed. As captured in a 2010 earnings call, Jobs insisted, “The reason we [won’t] make a 7-inch tablet … is because we think the screen is too small to express the software. As a software driven company, we think about the software strategies first.”

Customers, however, think first about convenience, and there’s apparently nothing more convenient than carrying the Internet around in one’s pocket or purse 24/7. Such convenience trumps the annoyance of watching video on a small screen, as well as the frustration of a pinch-and-zoom shopping experience.