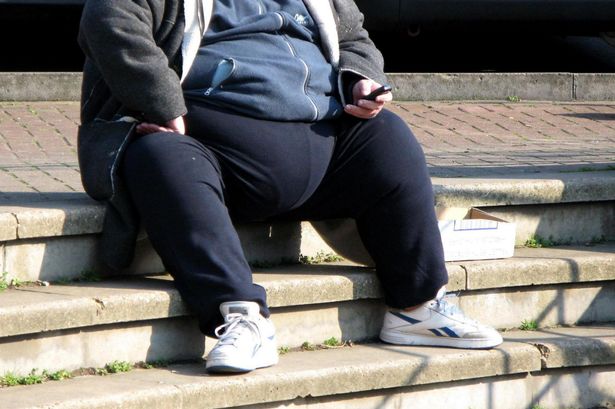 BRITAIN’S obesity epidemic could lead to 700,000 people developing cancer in the next 20 years, a study has found.

Cancer Research UK, who conducted the study, say a tax on sugary food and drinks – and a ban on
advertising them before the TV watershed – should be used to tackle the problem.

The charity, backed by the UK Health Forum and celebrity chef Jamie Oliver, warned three quarters of adults will be obese by 2035 if action isn’t taken.

They also said the cost to the NHS of treating health problems caused by obesity could rise to £2.5billion a year.

Ten types of cancer are linked to obesity, which can also lead to Type 2 diabetes, heart disease, stroke and other health problems.

A spokeswoman for Cancer Research UK said: “Obesity will be a huge burden to society and the NHS in the near future.

“Kids are bombarded with advertisements for unhealthy food. We must act now to combat this threat.”

The Westminster Government have so far resisted calls for a sugar tax – and David Cameron
is believed to be against the move.

Cancer Research want a 20p per litre tax on sugary drinks and a ban on advertising unhealthy foods during family TV shows such as The X Factor.

“If governments take children’s health more seriously and use education to inspire them, it could have a huge impact on their health and wellbeing.

“We’re raising a generation of children in a society where junk food is cheap, widely advertised
and packed full of sugar.

“We need to give these kids a chance to be healthier adults.”

Fussy eaters? Let your kids shop for their food and help to cook it