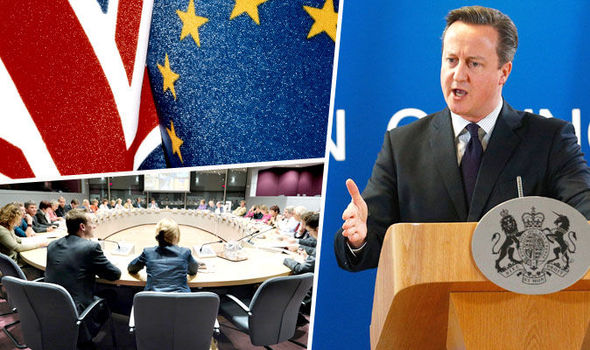 David Cameron has repeatedly insisted he is “ruling nothing out” when it comes to backing a British exit from the European Union.

But it can now be exclusively revealed Foreign Office officials have been ordered to plan for Britain to hold the presidency of the European Council between July and December 2017, all at taxpayers’ expense.

Express.co.uk has learned a three-strong team is already working full-time on preparations for the role with senior officials also helping with planning.

Preparations and duties could run into tens of millions of pounds, with Luxembourg’s presidency, which ended in December 2015, costing the country’s taxpayers almost £70million

He said: “The more we learn about how the Government is preparing for the next couple of years in its relationship with the EU the hollower its claims to be seriously trying to alter the UK’s position.

“The simple fact is that the Government will spend as much as it can to ensure that it remains in the EU.

“It is spending millions on what may be an irrelevant post ‘Out’ vote presidency, yet tells us that it is spending no time preparing whatsoever for what happens if and when Britain votes to leave.” 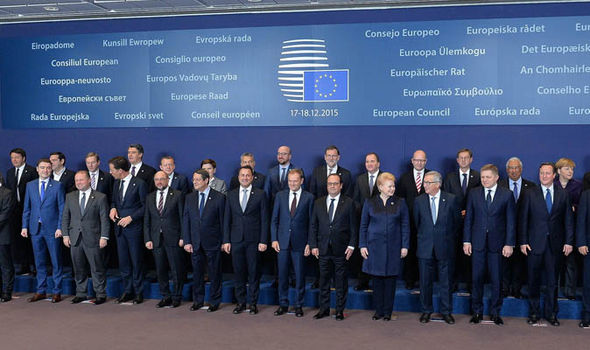 The simple fact is that the Government will spend as much as it can to ensure that it remains in the EU.

Despite stating he is undecided over whether or not to back Brexit, the Prime Minister is widely expected to support the UK’s continuing membership of the 28-country bloc ahead of his promised in/out referendum.

After attending a crunch Brussels summit in December, Mr Cameron offered the clearest hint yet he will rush through a referendum in 2016.

It is believed the Prime Minister’s preferred date for a referendum is June 16, as senior officials fear a heightened migrant crisis across Europe over the summer could continue to push British voters away from the EU.

Recent polls have shown the result of the EU referendum is on a knife-edge.

But taxpayers’ cash has still been spent funding Foreign Office officials’ trips to other EU member states such as Estonia, Bulgaria, the Netherlands, Slovakia and Malta – who will all hold the European Council presidency before or after the UK.

The presidency will hand the UK responsibility for pushing through new EU diktats and trying to broker cooperation between member states, while also running the Council’s daily business in Brussels, Luxembourg and Strasbourg.

Britain will be part of a presidency ‘trio’ along with Estonia and Bulgaria.

The Foreign Office told Express.co.uk they expect “a significant increase in work” during Britain’s presidency and although they had not yet set a budget for the role they added “ensuring value for money is a core principle”.

A spokeswoman said: “The rotation of all presidencies across the EU was agreed in 2009.

“That agreement set the UK’s presidency for the second half of 2017 and remains in place.

“We are preparing for the UK presidency in the normal way.”

If British voters choose to leave the EU at the upcoming referendum, there will be a two-year period before the UK formally leaves the bloc.

Minister for Europe David Lidington had previously told MPs the Government was “taking steps to prepare” for the UK’s presidency.

Every presidential seventh year ranked, from Washington to Obama