Home
Politics
Two Iraqis who came to the US as refugees arrested on terrorism charges: what we know 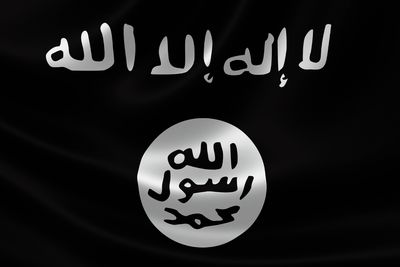 On Thursday, the Department of Justice announced it had arrested two men who came to the US as refugees on terrorism charges.

The arrests are already renewing cries from Republican elected officials for the US to stop taking refugees from Iraq and Syria, at least until screening processes are improved.

“Terrorism” means support for ISIS and other rebel groups in Syria

While Al-Jayab and Al Hardan are both being charged with crimes related to terrorism, there’s no indication that either of them was ever involved in any sort of plot against the US. To the contrary: The charges against both of them involve supporting Syrian rebel groups that have been designated as “terrorist organizations” by the US.

Aws Mohammed Younis Al-Jayab: a refugee accused of returning to Syria to fight

Aws Mohammed Younis Al-Jayab (who was born in Iraq) arrived in the US from Syria as a refugee in 2012. According to the federal indictment against him, he almost immediately started talking to people in Syria about returning there to fight.

The detailed federal indictment includes several private social media conversations involving the logistics of traveling to Syria from Turkey, the distinctions among various Syrian rebel groups, and the need to exercise caution while traveling under an American passport. It also shows that Al-Jayab received wire transfers on a couple of occasions from people believed to be his Syrian interlocutors.

Al-Jayab left the US from November 2013 to January 2014. He indicated on his customs form that he’d traveled only to Jordan and the UK, then later told immigration officials he’d been visiting his grandmother in Turkey. According to the indictment (based, again, on private social media conversations and phone calls), however, Al-Jayab in fact spent the two months fighting in Syria, with groups identified as Ansar al-Sham and Ansar al-Islam.

But the charges against Al-Jayab don’t involve what he was doing. They’re just about lying to US officials.

The indictment against Al Hardan is a lot less detailed than the one against Al-Jayab, so less is known about his case so far. But what is known — from the indictment and from prosecutors — looks more consistent with cases of Americans (most of them Muslim) who have attempted to support ISIS or other Syrian rebels but haven’t actually done anything before their arrests.

Al Hardan came to the US from Iraq as a refugee in 2009, when he was not quite 18. He’s now a legal permanent resident of the US (a green card holder), and applied for citizenship in 2014 (apparently unsuccessfully).

Al Hardan is being accused of attempting to provide “material support” to ISIS (which the US government calls ISIL). That’s not a terribly rare charge. The federal government has charged seven people, including Al Hardan, with “material support” for terrorist groups in the past 30 days — and that includes the Christmas/New Year’s week.

Material support charges are incredibly vague. The indictment against Al Hardan says he volunteered, and offered to “provide training, expert advice and assistance,” for ISIS — but we don’t know how serious that offer was. The only details so far come from the California prosecutors leading the case against Al-Jayab: They say that Al Hardan talked to Al-Jayab multiple times about traveling to Syria to fight with Islamist groups, discussing logistics and weapons experience.

He’s also being charged with lying to immigration officers — in his case, he’s accused of lying about his affiliations with terrorist groups, and about having weapons training, when applying for US citizenship.

Should US refugee officials have screened out Al-Jayab and Al Hardan?

The arrests of Al-Jayab and Al Hardan are already renewing cries from many Republican elected officials to halt the flow of Syrian (and Iraqi) refugees into the US for the sake of national security.

Obviously, the arrests don’t mean that all refugees are would-be terrorists. And they certainly don’t show, again, that there’s any attempt by ISIS or anyone else to launch terrorist attacks in the US by sneaking in terrorists as refugees.

But both Al-Jayab and Al Hardan came to the US as refugees from countries that would have been affected by a refugee ban. And connections to Syrian rebel groups with ties to terrorism are precisely what the US is most worried about in refugee screening. So their arrests do raise some questions about US refugee screening (at least compared with calls to halt Syrian refugee acceptance in the US after the terrorist attacks in Paris in November).

In Al Hardan’s case, it doesn’t look like he’d been involved in anything before coming to the US — which means it’s unlikely that the screening process actually missed anything. He came to the US from Iraq in 2009 — before the rise of ISIS — and was 17 at the time. And law enforcement sources told CBS News that they believe Al Hardan became radicalized after he arrived in the US. In that, he’s like plenty of native-born Americans who have been arrested on similar charges.

Al-Jayab’s case is a lot trickier. The indictment against him records a conversation (with the person prosecutors have said is Al Hardan) in which he claims to have fought against the army of Bashar al-Assad in Syria before coming to the US. That may be false bragging to impress a younger man, but it could be true.

And if true, it means the US government failed to screen him as thoroughly as they said they did before letting him into the US in 2012. (Ironically, the US wasn’t letting very many refugees in from Syria in 2012 at all — precisely because they were worried about letting in refugees who’d fought with the “wrong” rebel groups.)

US immigration officials definitely screwed up in letting Al-Jayab back into the country in 2014. He had flown directly from the US to Turkey, but then didn’t include Turkey on the list of countries he’d visited when he flew back. The agency that made the mistake is only one of the agencies involved in the refugee screening process, though, so it’s hard to know whether that’s indicative of a problem with refugee screening.