Home
Politics
Want to know why so many Republicans hate Ted Cruz? Read his book. 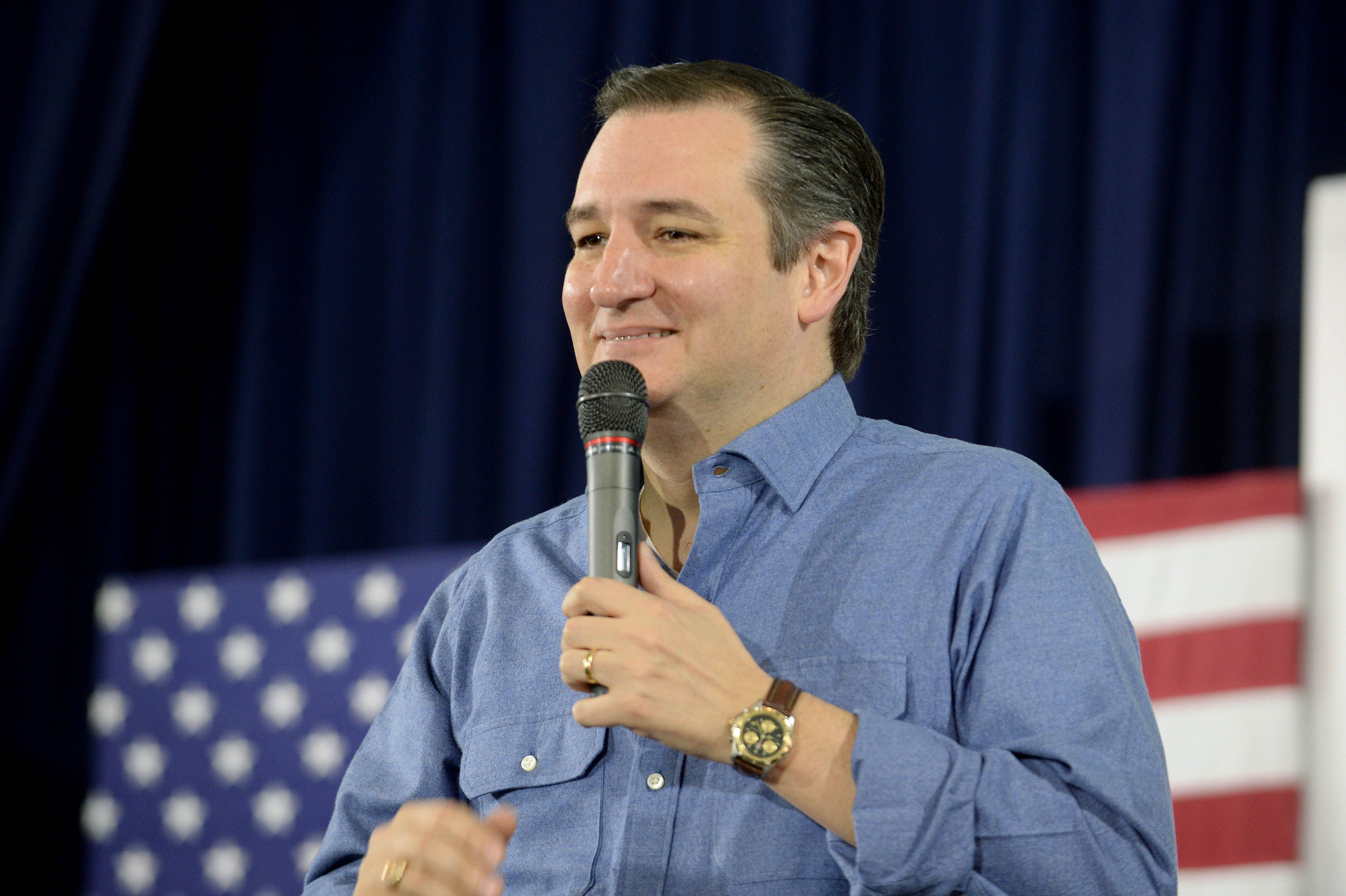 As Ted Cruz has risen to become Donald Trump’s main rival in Republican primary polls, it’s become clear just how deeply much of the party’s Washington establishment loathes him — to the point where some say they’d even prefer Trump to Cruz as a nominee.

So what has Cruz done to earn this hatred? Several great recent articles have collected anecdotes shedding light on this — for instance, from the Atlantic’s Molly Ball and Mother Jones’s Tim Murphy and David Corn. They make clear that part of this dynamic is a personal one: A lot of people who work closely with Cruz are just truly repelled by him.

But the issue is broader than that — at heart, Ted Cruz is so loathed by Republicans because he’s not a team player. And not only is he not a team player, but he instead constantly positions himself as working against the Republican team in general and his Senate colleagues in particular.

Cruz portrays his fellow Republicans as corrupt hacks trying to hoodwink their own voters, in contrast to the noble and principled Ted Cruz

Being a team player is very important in politics. It’s common for presidential candidates to trash Washington on the campaign trail: Barack Obama did it, and George W. Bush did it before him, and Bill Clinton did it before him. But all three were members of good standing in their respective parties — they didn’t pick gratuitous fights with their major partisan allies, and they certainly didn’t portray their parties’ leading electoral officials as corrupt sellouts trying to hoodwink their own voters.

Cruz has done just the opposite. For the past three years, he has been engaged in a very specific, pointed, and personal attempt aimed at painting practically every Republican in Washington as a corrupt phony and himself as the only honest man in the city. And his fellow Republicans don’t like this one bit.

To understand this dynamic, all you have to do is read his autobiography. Actually, all you really have to do is read his book’s introduction — a melodramatic narrative starring Cruz’s Republican colleagues, who are portrayed as corrupt hacks trying to hoodwink their own voters, in contrast to the noble and principled Ted Cruz.

In the introduction to his book, Cruz narrates the events of a private Senate Republican strategy lunch on February 11, 2014 — a day when, in Cruz’s telling, his colleagues heaped “rage,” “venom,” and “animosity” on him because he had committed “the cardinal sin in Washington, D.C.: telling the truth.”

The issue at hand was the debt ceiling, which needed to be raised. So, according to Cruz, GOP Senate leaders announced that they planned to do two things. First, they’d offer a “clean” bill increasing the debt ceiling, rather than trying to play hardball with Obama and the Democrats by advancing conservative policy priorities. And second, they asked Republicans to consent to let this bill pass with a pure up-or-down vote — which would let Democrats, who controlled 55 seats, pay the political price for the increase. Cruz writes:

None of us should oppose this, we were told, and for two reasons. First, if we lowered the threshold, then the “clean” debt ceiling would pass, and that was very much the outcome the leadership assumed each of us really desired.

And second, if we consented to lowering the threshold, Democrats would then have the votes to raise the debt ceiling on their own. We could all vote no. This way, we could return home and tell the voters that we had opposed raising the debt ceiling, right after consenting to let it happen.

This time I was stunned by the chicanery, expressed openly, if not proudly, to the rest of us. Looking around the Lyndon Johnson Room, named for one of the biggest-spending presidents in American history, I had a new appreciation for why we were gathered here, beneath his smiling portrait. Most senators seemed perfectly fine with the leadership’s proposal. There were nods and murmurs of assent.

It was too much. I raised my hand and said, “There’s no universe in which I can consent to that.”

Cruz argued that instead, Senate Republicans should use this “leverage” and demand policy concessions from Obama in exchange for raising the debt ceiling. After that, he writes, “the yelling began.” The other senators were furious that he had the “temerity” to screw up their “brilliant maneuver to increase our debt without any fingerprints.” They argued that because of his objection, at least five Republicans would have to vote to increase the debt ceiling, and one senator asked him, “Why do you want to throw five Republicans under the bus?”

“All I’m asking,” Cruz says he responded, “is that you actually do what you told the voters you would do.”

Cruz refused to drop his objection, and 12 Republicans ended up voting with Democrats to advance the bill. “The final result,” Cruz narrates sanctimoniously, “was that President Obama, Harry Reid, and House Democratic leader Nancy Pelosi, with the active complicity of the Republican leadership, were able to add trillions of dollars to the national debt — a bill that we are passing along to our children and grandchildren — while doing nothing whatsoever to control future spending.”

Again, this story is the introduction of Cruz’s book — meaning it’s the anecdote he most wants to ensure that potential primary voters read. It’s a story designed to make his own party’s Senate colleagues look as terrible as possible and himself look as good as possible. It’s titled “Mendacity,” by which he means, of course, the mendacity of Senate Republicans, which is contrasted with his own alleged honesty in a book that’s titled A Time for Truth.

Several objections can be raised to Cruz’s account here. For instance, a debt ceiling hike doesn’t lead to “trillions of dollars” in new spending, as he implies — it merely allows debt to be issued to cover spending that has already been approved by Congress in other legislation.

But most incredibly of all, Cruz manages to narrate this entire story without even once mentioning an absolutely crucial piece of context about why his Senate colleagues might have been so reluctant to follow his lead. Namely, that this dramatic confrontation occurred just four months after the federal government shutdown of fall 2013 — a political disaster for the Republican Party that Cruz and the hard-line negotiating tactics he demanded had directly caused.

During that fight, of course, Cruz and his hard-line allies in the House refused to agree to any government funding bill that also funded Obamacare. This led to a 16-day shutdown of the federal government for which Republicans were widely blamed. Their poll numbers plummeted, and they soon wisely caved to avoid damaging their electoral prospects further.

In this context, Senate Republicans’ reluctance to follow Cruz’s advice makes a whole lot more sense. The very tactics he was arguing for had just been discredited in the most high-profile way possible. GOP leaders thought stoking another similar fight — and, this time, risking a default on the nation’s debt — would fail disastrously and cause great damage to their party.

Yet Cruz deliberately chooses not to explain this to his readers. His one-sided account — aimed, of course, at Republican voters across the country who might support his presidential campaign — portrays the Republican Party as run by craven hacks eager to collaborate with President Obama to force more government spending on an unwilling people.

As Cruz explains later in the book, he trashes the Republican Party as part of a deliberate political strategy

A Time for Truth does contain the occasional candid moment. Much later, as Cruz has embarked on a the long-shot Senate primary campaign that will eventually win him his seat, he describes receiving a revelatory poll result — one that has defined his approach to politics ever since (emphasis added):

“In our first benchmark poll, we asked a series of questions to assess where I stood compared to Dewhurst. One of those questions would become famous internally in our campaign: Question 10. It asked voters if they would be more or less likely to support me if they knew that “Ted Cruz understands that politicians from both parties have let us down. Cruz is a proven conservative we can trust to provide new leadership in the Senate to reduce the size of government and defend the Constitution.”

Among Republicans, those two simple sentences polled north of 80 percent. At the same time, they garnered a majority of Independents, and even 20 percent of Democrats. They became the centerpiece of our campaign.”

Cruz has never forgotten this lesson, and indeed it explains much of his behavior since coming to Washington, which in retrospect was all clearly aimed at positioning himself for a 2016 presidential campaign.

It’s important to note that Cruz didn’t create these conditions. He tapped into a preexisting, genuine belief among Republican voters that their party had let them down. And since he was barred from running an establishment-supported campaign (for both the Senate and the presidency) because he was too new to politics and would have had to step on too many toes, this was the campaign strategy that made the most sense for him.

But this anecdote also makes clear that all Cruz’s posturing against the GOP’s alleged malfeasance is part of a quite deliberate political strategy aimed at advancing his own career. Because it didn’t stop when he won his Senate seat. A year and a half ago, I wrote that in the Senate, Cruz had “a particular genius for inventing ways to position himself as more conservative than his rivals.” He calculated that trashing the Republican Party was the best way to position himself to win the 2016 Republican primary.

Naturally, Cruz’s willingness to constantly insult the party and its leading members has led to him becoming loathed by the party’s elites. But so far, at least, it seems to have been worth the cost to him. He is, after all, the only politician with conventional credentials who has gained any traction in GOP primary polls so far. Cruz seems to have succeeded in communicating that he’s not a typical Republican to a GOP base that, this year, does not seem in the mood for a typical Republican.

Whether he can take down Donald Trump, though, is a different problem altogether.