Home
Men Zone
Why Did I Get Married? The SHOCKING Truth 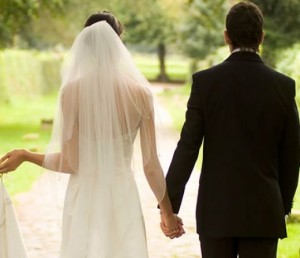 Don’t worry guys, I didn’t and I never plan on it. I see no benefits or positives that come out of getting married, that can not be achieved and fulfilled in a Long Term Relationship.

That’s not to say that I won’t, necessarily, because if the conditions surrounding marriage and how the government/courts treat married relations and conflicts, I might change my opinion, but for now it’s completely out of the question.

Now, this site is for building and developing the mind and body, and you cannot do such with an attention span the size of a grain of rice, so I encourage you all to read the entirety of the above and take note of it.

An extra fact to be noted (thanks to @sorin) that this is from In Defense of Women (1918) by H. L. (Henry Louis) Mencken (1880 – 1956), and it is astounding that you can equate this to society today and it still ring true. I know there are some of these concepts that are outdated, but for the most part this still largely applies today, to the ire of many young men who don’t realize it and instead choose to get trapped in the sham of marriage.

The 3rd paragraph directly echoes many of my same exact sentiments regarding marriage, and out of all of them these are the ones that spoke to me the most. These two are the two that probably resonated with me the most though, and here’s why:

The instant he submits to marriage, the wife obtains a large and inalienable share of his property, including all he may acquire in the future – Now reading this, you may simply ask “well why not get a prenup, and if she’s not for it step? While echoing my exact sentiments, the fact of the matter is that I find it incredibly pointless to be in a relationship long enough to consider marriage (and for me, it would take years) and have all of that thrown away because of a Prenuptial agreement. I usually for this reason make it known to women in the “talking” stages that I am adamantly against marriage, and nothing can change my mind on the matter.

He no longer has any control over his wife’s income; she may devote her income to the family or squander it upon idle follies, and he can do nothing (and the first 3 sentences of the 3rd paragraph) – This is an issue that would have the feminists raging in my comments for even acknowledging, but that doesn’t take away from the authenticity of this statement. Upon marriage, men are expected to work, to provide for the family, to be the head of the household… while women are expected to take care of the family, the house, etc, and they often have a subpar way of going about it.

Women scream that they want equality, they want to be treated as men, they want to be paid the same as men (a sentiment that I find to be a joke honestly) but they are not willing to take on any of the responsibilities or drawbacks that men endure.

They are not willing to work their way up the ranks of a well paying job (or better yet, become their own employer) and provide for their family while their husbands take care of the family and home, they are not willing to make the decisions of buying/selling a house, a car or any other big purchases.

I didn’t mean to turn this into a #feminismiscancer post, but the fact of the matter is the feminist agenda has made it all but impossible for marriage to work out in favor of anything but the woman.

Once a man is married, he has effectively left his assets, his children, and in some ways his masculinity and livelihood on the table for the woman to snatch and run away with at any time she pleases.

Children are used as bargaining chips so often in custody and divorce proceedings nowadays, that it is another one of the reasons I am adamantly against having children. I, as a man, refuse to ever let the mother of my child use my child as a hostage in custody proceedings, and as sad as it seems that is the fate a lot of divorces/breakups end up with these days.

On the other hand, most of the time a female can do whatever the hell she wants and she will be largely met with sympathetic (emphasis on PATHETIC) support.

My advice for any young men reading this, and for any that are older and haven’t fallen for the trap yet? DON’T GET MARRIED.

You will regret it in the end, there are no positives for marriage for men, you will find yourself held by the balls to the furnace and your wife with the power to turn up the heat, if things go sour you likely will not get the same sympathy, treatment or care that a woman would.

In any situation of your word against hers, she will likely win due to the frame and perspective women are viewed with and put into in society, today, but I can help you take the control of your life you need to ensure you don’t find yourself at the mercy of a vengeful ex, and a court system with a feminist imperative in mind.

Your Daughter will be fucked before marriage – and it’s ok!