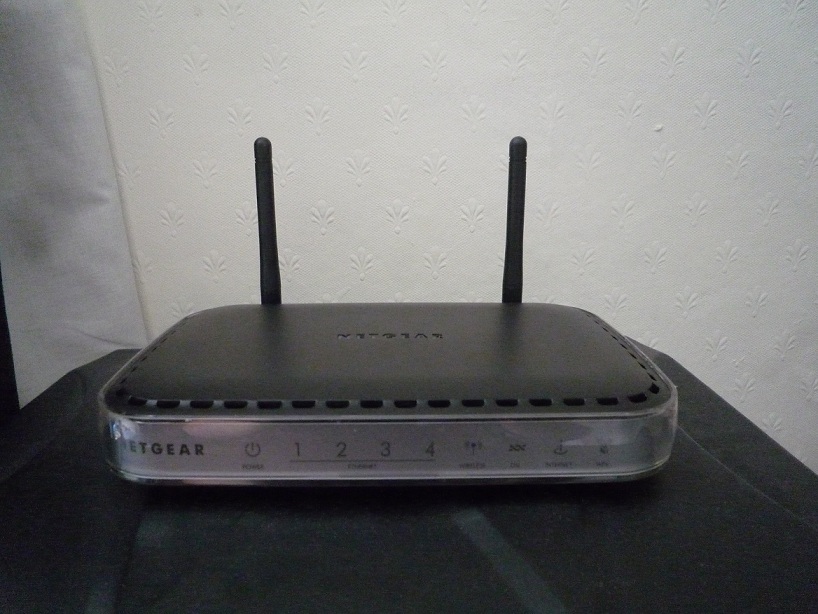 Being a tech-fan, I was happy to take this router off my friend's hands last night after they had recently purchased another one in an attempt to win the battle of Wireless connectivity in their house once and for all. They've been having problems getting Wireless signals to communicate through the thick walled house for as long as I can remember, so they purchased a Netgear DGN2000 router as they thought it might be the solution. But they were wrong.

It comes in a standard box, the same size as you'd expect for any other Netgear router. Various features are advertised on the front of the box, such as;

Nothing to be amazed at, it's all fairly bog-standard stuff which comes with pretty much all other household routers of today. However, the Netgear DGN2000 DOES offer 270Mb/s Wireless-N connectivity, which is pretty cool.

This router gets HOT. So hot that people have had problems with the router bricking itself, Ethernet ports overheating and getting damaged, and even overheating during Winter in Finland!

Some people have cut holes in the router for ventilation, often adding fans to improve air-flow and cooling but it's just too much effort for such a crappy router.
Share on FacebookShare on Twitter