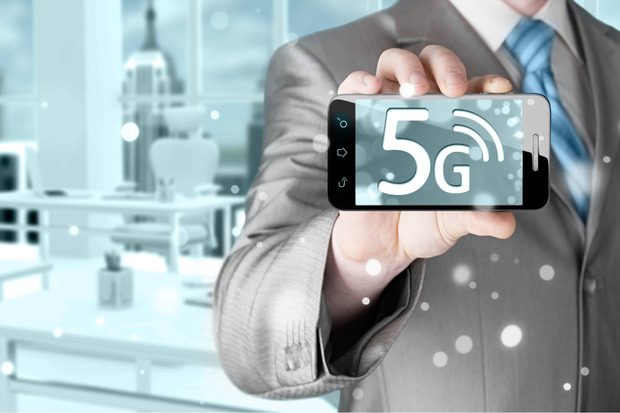 You’re forgiven if you think you need to prepare fifth-generation (5G) cellular networks, which have been getting increasing buzz, fed mostly by the carriers and the equipment makers who sell to them. They’re dangling promises of cellular networks that match gigabit Ethernet wired networks — wherever you may be.

Too bad 5G is a fiction. It doesn’t actually exist — there’s not even a standard for 5G technology, much less anything real. Maybe in a decade there’ll be something actually called 5G that you will be able to make decisions around — but not for years. Don’t waste your time.

Carriers are notorious for making network promises a decade or more before they deliver them. Partly, that deflects from the poor state of many carrier deployments. Partly, that’s the usual tech market interest on new and shiny baubles.

But given the huge infrastructure changes that must be made for a network technology like cellular to get deployed (and all the cell towers that must be installed in communities that don’t want them), the gap between promise and delivery in mobile telecom is like the gap between earth and Mars. No matter the claims, you won’t get there for years.

Remember the 3G was promised in the late 1990s but didn’t get wide deployment until 2008. Similarly, 4G was promised in the late 2000s, and we still don’t have it — what we call 4G (LTE) is a pre-4G technology that the standards committee finally grandfathered because of the slow progress in deploying true 4G (now known as LTE-Advanced). LTE-Advanced today is in a few trial network deployments, but in no equipment you actually use.

In the case of 5G, there’s not even a “there” yet. A variety of vendors and industry groups have been proposing ideas for 5G networks for several years, but there is no agreement on what 5G is. That means there are no technical standards and, thus, nothing to build.

Some groups want 5G to be the cellular equivalent of 10-gig Ethernet, a cellular network that is indistinguishable from a wired or even Wi-Fi network when it comes to video streaming, downloads, and futuristic uses like virtual reality.

Some groups want 5G to be a mesh network for machine-to-machine (M2M) communications, in what is now labeled the Internet of things. These folks say broadband for computerlike clients isn’t the most compelling need, instead arguing for a ubiquitous network for all sorts of devices to interact autonomously.

Some groups say that efficiency should be the goal of 5G, to squeeze more out of the wireless spectrum that is available now. They also argue that speed-oriented 5G proposals are unworkable because the wide-spectrum swaths aren’t available to deliver them. But some 5G-for-speed proposals focus not on more bandwidth but denser networks, which means more cell towers and access points must be installed everywhere.

These are knotty issues to resolve, especially because their goals differ. It’ll take years to work out the goals and years more to work out the technology. Did I say 5G is a decade out? I bet it’ll won’t actually happen until the 2030s. Maybe we’ll get a standard in the 2020s.

In the meantime, it’s fine to dream about 5G possibilities. But if someone tells you to start planning for 5G, show them the door. There’s nothing to plan for, and there’s plenty of other useful work to be done in the meantime.

Finally, some Windows 8.1 phones are getting Windows 10 Mobile