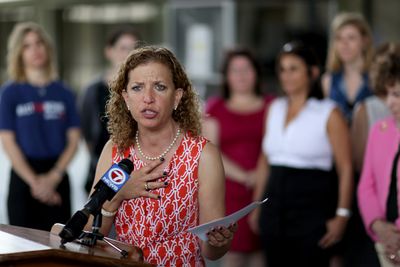 Democratic National Committee chair Debbie Wasserman Schultz has a fraught relationship with some members of her party, especially progressives and activists. A new interview with the New York Times Magazine isn’t likely to help that: Wasserman Schultz said that she sees “a complacency among the generation of young women whose entire lives have been lived after Roe v. Wade was decided.”

Ana Marie Cox asked Wasserman Schultz about whether she sees a “generational divide” between younger women and women of her age in terms of their enthusiasm for Hillary Clinton. Wasserman Schultz didn’t directly address the presidential hopeful in her answer, but the subtext seems to be that she thinks young women are both less supportive of Clinton and less politically engaged — and that this lack of political engagement is partly because young women haven’t had to mobilize to fight for abortion rights. (Wasserman Schultz has since walked these comments back; see update below.)

A lot of young women were not pleased with this suggestion, especially young women who are on the front lines of fighting for reproductive rights in the face of a massive wave of new abortion restrictions:

Wasserman Schultz also took some heat for her opposition to legalized medical marijuana and the classist-sounding way she talked about that issue:

Reproductive justice activist Erin Matson quickly started a hashtag called #DearDebbie encouraging young women to weigh in with their activism on abortion rights. Respondents said they’d been volunteering or working in the movement for years, worked as abortion clinic escorts, and raised or donated money through personal fundraising or innovative grassroots campaigns involving tacos and beer.

Matson also wrote last year about how young women are actually leading the modern abortion rights movement. She says campus organizing around abortion rights has been growing, that there are also plenty of “young people” who aren’t white college students doing work on this issue, and that young women take an intersectional approach to reproductive justice that puts abortion rights in a broader context — which includes the rights to a healthy pregnancy and to raise children in safe communities, and which doesn’t take a zero-sum approach to choosing one issue (like campus sexual assault) over another (like abortion rights).

Update: Wasserman Schultz has released a statement on the interview. She gave credit to millennial women for “leading the fight” in defense of reproductive freedom, and assigned some blame to her own generation for letting it slip away. The statement reads, in part:

We need women of every generation – mine included – to stand up and speak out, and that is the main message I sought to convey in that interview. For many in my generation who lived the majority of our lives with the right to make our own health care choices, there wasn’t a sense of urgency after Roe v. Wade settled our right to a safe and legal abortion. Since then, opponents worked aggressively to chip away at women’s reproductive freedom and they have awakened a sleeping giant in the millennials leading the fight in defense of the progress we’ve made. As a mother raising two millennial daughters, I have instilled in them the need to fight for the rights that generations before theirs have fought so hard to win and protect. My goal for the entire Democratic family for 2016 is to see more people get involved in the same way, and to ensure no one is complacent with so much at stake.

Lead exposure is a race issue. The crisis in Flint, Michigan, shows why.