Home
The Stash
Happy 4th of July, Well Not Really 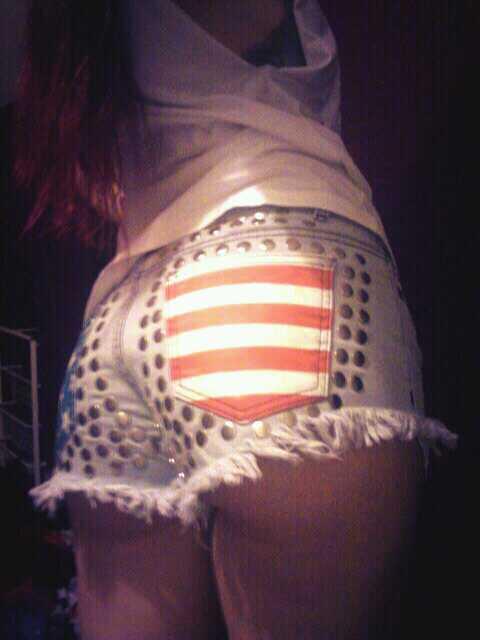 I should be celebrating with everyone today, popping firecrackers, yelling like a mad man and drinking water as if there is no tomorrow. But I am here in front of my beloved keyboard and thinking about the future. I mean what does the future hold for Americans or people that side with America. I am sure because of the recent events people would be more open to conspiracy theories and would take everything that Government says with a bucket of salt.

The thing is, the America I loved and cherished is disappearing slowly, I used to think if I left my Country and move to America, I will have everything, freedom and social life (as in people that would be more open to discuss things other than religion) and most of all a purpose but now things are different. I am afraid of leaving my Country, the Country which is quite unbearable to live in, the Country which has rolling blackouts every day and is hit with inflation and extremism seems better than AMERICA!

You cannot imagine how bad the situation is here, an average American would run away or just die (or get robbed, kidnapped or probably beheaded), it’s a difficult Country to live in yet, it’s still better than America. You see we know we don’t have any rights, we know the Government won’t side with us; we know that everyone in our Government is corrupt and we know our system is farked. It’s an obvious fact, everyone knows about it. It’s in the open; we have no privacy, no control no nothing. As long as you don’t do anything stupid no one would bother you.

You can sleep with an underage girl and walk away, you can drive without a license and you can pirate stuff, the Internet websites are blocked but the ISP or Telecommunication companies don’t spy on you normally because they don’t have the infrastructure and it costs money to do something like that. All in all, everyone just leaves you alone if you don’t bother them. It’s a safe house for anyone doing something online. You know that you’re safe and wont’ get in trouble for trivial things. You won’t get your access revoked because you were being an idiot on Facebook

The police won’t give two shits if you trolled Facebook or spammed twitter. You won’t get arrested for saying something on social media, sure you could get killed if you say anything against religion but hey that’s common sense.

Take that and reverse it, if you’re in America you will always be told you can do anything you want, you will live in a lie, you will grow up believing in things which are unreal, the media would troll you (hey, Pakistani media trolls itself as well) and you would be a slave. You won’t know about it but in some cases you will be worse than a guy living in Pakistan.

I am sure there are pros and cons to everything but with NSA and other agencies are monitoring everything, I mean HEY I know I am on watch list, I know everything gets checked and I know I am a low key target mainly because I have no plans to harm anyone. But I generally accept that reality but Americans, yeah you guys get used up, trolled and you still believe in things.

In short, Happy 4th of July but don’t get used to it.

I suggest you take some action while there is still time:

Internet Anonymity, Encryption (with GnuPG) and the Cyber Revolution

How to repair a wobbly ceiling fan.