Home
The Stash
Megaupload Had It Coming, Who’s Next Then? 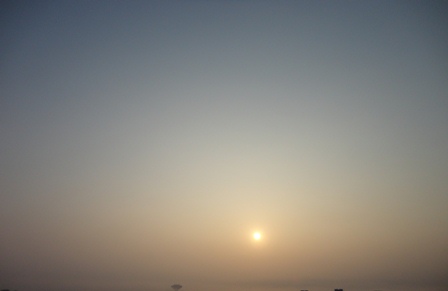 Before we all blame me for taking sides read this:

The US government dropped a nuclear bomb on “cyberlocker” site Megaupload today, seizing its domain names, grabbing $50 million in assets, and getting New Zealand police to arrest four of the site’s key employees, including enigmatic founder Kim Dotcom. In a 72-page indictment unsealed in a Virginia federal court, prosecutors charged that the site earned more than $175 million since its founding in 2005, most of it based on copyright infringement.

As for the site’s employees, they were paid lavishly and they spent lavishly. Even the graphic designer, 35-year-old Slovakian resident Julius Bencko, made more than $1 million in 2010 alone.

The indictment goes after six individuals, who between them owned 14 Mercedes-Benz automobiles with license plates such as “POLICE,” “MAFIA,” “V,” “STONED,” “CEO,” “HACKER,” GOOD,” “EVIL,” and—perhaps presciently—”GUILTY.” The group also had a 2010 Maserati, a 2008 Rolls-Royce, and a 1989 Lamborghini. They had not one but three Samsung 83″ TVs, and two Sharp 108″ TVs. Someone owned a “Predator statue.” Motor bikes, jet skis, artwork, and even 60 Dell servers could all be forfeit to the government if it can prove its case against the members of the “Mega Conspiracy.”

The case is a major one, involving international cooperation between the US, Hong Kong, the Netherlands, the UK, Germany, Canada, and the Philippines. In addition to the arrests, 20 search warrants were executed today in multiple countries.

See, they aren’t even worth fighting for, and besides their system did support piracy, you go to megaupload to download porn, softwares and music files and movies as well. You get a paid membership and you get tot have access to THAT content faster. It’s that simple, you can have as many take down tools you want but honestly if people will upload new copies of it as well. Megaupload should have revised their policies or should have paid more attention. I will agree I always hated megaupload because it was racist towards my ISP but I have been using file sharing websites like all others and the models of earning points and encouraging users to share stuff that gets more download is quite common.

Keeping that in mind read further on:

Going after Megaupload, one of the most popular sites in the world and one that uses a surprising amount of corporate bandwidth, might seem a strange choice. (As an example of its scale, Megaupload controlled 525 servers in Virginia alone and had another 630 in the Netherlands—and many more around the world.) For years, the site has claimed to take down unauthorized content when notified by rightsholders. It has registered a DMCA agent with the US government. It has created an “abuse tool” and given rightsholders access. It has negotiated with companies like Universal Music Group about licensing content. And CEO Kim Dotcom sent this curious e-mail to PayPal in late 2011:

Our legal team in the US is currently preparing to sue some of our competitors and expose their criminal activity. We like to give you a heads up and advice [sic] you not to work with sites that are known to pay up loaders for pirated content. They are damaging the image and the existence of the file hosting industry (see what’s happening with the Protect IP Act). Look at Fileserve.com, Videobb.com, Filesonic.com, Wupload.com, Uploadstation.com. These sites pay everyone (no matter if the files are pirated or not) and have NO repeat infringer policy. And they are using PayPal to pay infringers.

But the government asserts that Megaupload merely wanted the veneer of legitimacy, while its employees knew full well that the site’s main use was to distribute infringing content. Indeed, the government points to numerous internal e-mails and chat logs from employees showing that they were aware of copyrighted material on the site and even shared it with each other. Because of this, the government says that the site does not qualify for a “safe harbor” of the kind that protected YouTube from Viacom’s $1 billion lawsuit.

For instance, the “abuse tool” allegedly does not remove the actual file being complained about by a rightsholder. Instead, it only removes a specific Web address linked to that file—but there might be hundreds of such addresses for popular content.

Employees also had access to analytics. One report showed that a specific linking site had “produce[d] 164,214 visits to Megaupload for a download of the copyrighted CD/DVD burning software package Nero Suite 10. The software package had the suggested retail price of $99.” The government’s conclusion: Megaupload knew what was happening and did little to stop it.

Well, it doesn’t surprise me one bit that MU will start pointing fingers at everyone else what does surprise me how they’re quoting things. It seems that whenever you say something you will get into trouble.  But the idea that people working in MU would be uploading content is quite true, face it guys, if you’re working in some company that has access to almost new content every hour, you would be tapping that. If I recall MU doesn’t provided a search engine but that doesn’t mean you can’t find things.

Plus a simple google: how I met your cock insertnamehere  would show you the links to the download.

Wait there is more:

Yet the indictment seems odd in some ways. When Viacom made many of the same charges against YouTube, it didn’t go to the government and try to get Eric Schmidt or Chad Hurley arrested.

It’s also full of strange non-sequiturs, such as the charge that “on or about November 10, 2011, a member of the Mega Conspiracy made a transfer of $185,000 to further an advertising campaign for Megaupload.com involved a musical recording and a video.” So?

The money probably paid for a video that infuriated the RIAA by including major artists who support Megaupload. Megaupload later filed claims in US courts, trying to save the video, which it says was entirely legal, from takedown requests. (The RIAA has long said the site operators “thumb their noses at international laws, all while pocketing significant advertising revenues from trafficking in free, unlicensed copyrighted materials.”)

“I hope that if this case goes to trial and results in convictions, that the court will be careful in sorting out just what Megaupload did that crossed the line of criminality.”

The MPAA doesn’t have any doubts, though. “By all estimates, Megaupload.com is the largest and most active criminally operated website targeting creative content in the world,” it said in a statement. “This criminal case, more than two years in development, shows that law enforcement can take strong action to protect American intellectual property stolen through sites housed in the United States.”

One thing to note is there will be trial or some case regarding this and I am sure this will put other filesharing websites on guard. Perhaps, MU was a victim of it’s own success in the end. Thanks to Anonymous there will be more restrictions on the Internet or Government will try to add more support to other bill. In this tough economy no wonder these major comings are trying to get every penny out of everyone. To other file sharing websites, you better watch out!

Editorial Blog #2: Another Week, Another Blog