Home
Politics
One of the biggest problems with American policing: we rely on cops way too much 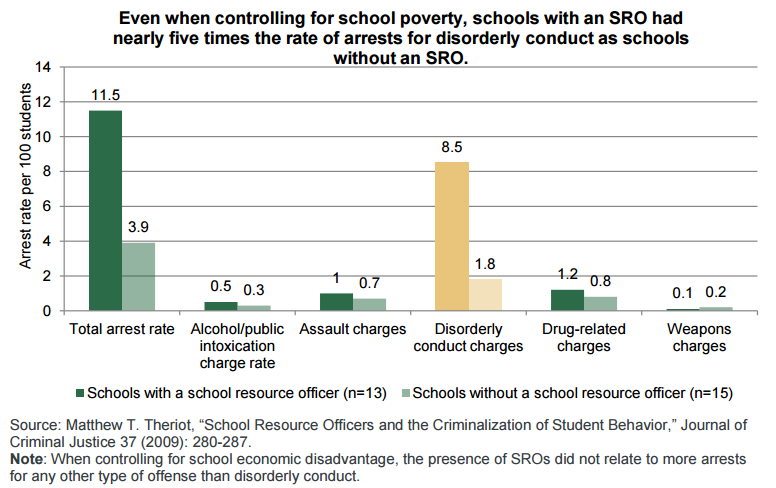 How did a police officer end up in a classroom, throwing a teenage girl from one side of the room to the other? Why do police officers so often respond to mental health crises, shooting someone who needed medical care?

We have put too much responsibility on law enforcement. Too much.

Listen, when I was a little boy coming up in Baltimore — and listen, we played rough in the street — I ain’t never see the police come and break us up. You know who came? It was the elders. It was the parental figures in the community. It was those guardians, it was that village mentality. They came and said, “Stop that!” and “Do this.” and “Stop that.” We had mentors throughout all of the community.

Police officers are now present in US schools. But should they be?

Russell’s claim isn’t just one officer’s anecdotal evidence. Over the past few decades, schools have increasingly fallen back on police departments — particularly through the use of school resource officers — to dole out discipline.

This is how, for instance, a police officer in 2015 ended up in the classroom of Spring Valley High School in South Carolina after a teacher complained that a student was being disobedient. In videos captured by students, officer Ben Fields flips over the student and her desk, tosses her to the other side of the room, and arrests her as she lies on the floor. To many, this seemed like an unnecessarily brutal arrest.

But as Richard County Sheriff Leon Lott said after the incident, maybe the problem was that an officer was called to the scene in the first place: “If we have a child that’s not following the rules, deputies are getting called in to handle that. And that’s really not our role in the school. And I think sometimes the teachers and administrators should be handling things like this.”

America’s overreliance on law enforcement is also visible in the country’s treatment of people with mental illnesses. As America shut down its mental health hospitals, it also shifted to a model of mass incarceration that has disproportionately locked up people with mental illnesses — even though such people are more likely to be victims, not perpetrators, of violence.

Should these people really be in prisons and jails instead of getting medical care at a facility built for mental health treatment? Mental health advocates, like the National Alliance on Mental Illness, overwhelmingly agree this shouldn’t be the case. Yet for a few years now, many states have continued cutting mental health services.

All of this has effectively turned the criminal justice system and police departments into the only institutions that currently can respond to mental health crises.

Or as Russell of the Baltimore Police Department said, “We have put too much responsibility on law enforcement. Too much.”