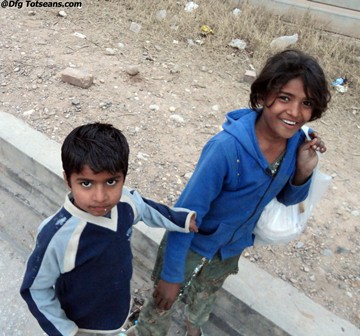 I have decided to start adding pictures that I usually take on my daily walks. In this picture we see two children going back to their home, I was stopped by them and the girl asked for money because according to her, she needed to buy Milk for her little brother. Since I am used to this excuse I didn’t pay much attention to i. I took the picture and then handed them some Soft mints. You see it might look that I just exploited them by offering them no money but in reality I did them a favor. Money isn’t going to solve their problems. These unfortunate children roam the streets and look for opportunity to beg for money, even if you pay them today they will still do it tommorrow.

It’s a never ending cycle. I do try to help them by talking to them and guiding them but they won’t listen because their parents pretty much tell them to get some money in. It’s something that makes me sad from time to time but it can’t be helped.

A Guide To The G-Spot