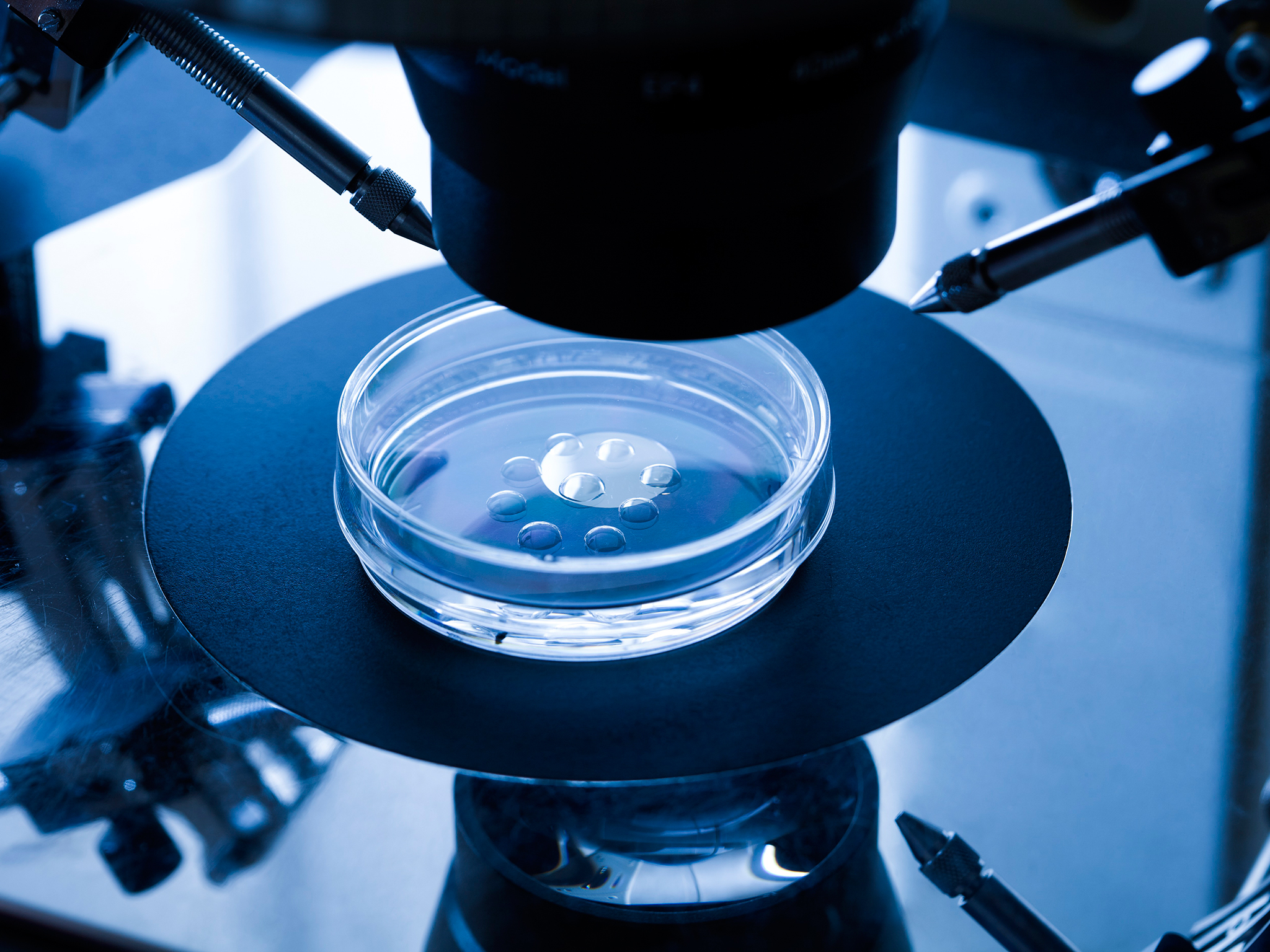 The first genetically-modified human embryos could be created in Britain within weeks according to the scientists who are about to learn whether their research proposal has been approved by the fertility watchdog.

Although it will be illegal to allow the embryos to live beyond 14 days, and be implanted into the womb, the researchers accepted that the research could one day lead to the birth of the first GM babies should the existing ban be lifted for medical reasons.

A licence application to edit the genes of “spare” IVF embryos for research purposes only is to be discussed on 14 January by the Human Fertilisation and Embryology Authority (HFEA), with final approval likely to be given this month.

Scientists at the Francis Crick Institute in London said that if they are given the go-ahead they could begin work straight away, leading to the first transgenic human embryos created in Britain within the coming weeks or months.

The researchers emphasised that the research concerns the fundamental causes of infertility and involves editing of the genes of day-old IVF embryos that will not be allowed to develop beyond the seven-day “blastocyst” stage – it will be illegal to implant the modified embryos into the womb to create GM babies.

However, they accepted that if the research leads to a discovery of a genetic mutation that could improve the chances of successful pregnancies in women undergoing IVF treatment, it could lead to pressure to change the existing law to allow so-called “germ-line” editing of embryos and the birth of GM children.

“If you found that there were people carrying a specific mutation which meant that their embryos would never implant [in the womb], then you could contemplate using the genome-editing technique to make germ-line changes which would then allow the offspring of that woman to be able to reproduce without having a problem,” said Professor Robin Lovell-Badge of the Crick Institute.

“It’s possible. We don’t know. It’s just one of those unknowns, [but that would be a good argument] for allowing it to be used in a way that doesn’t have any other consequences, and remember quite a few genes that are active in the early embryo have roles later on,” Professor Lovell-Badge said.

Such a scenario is likely to be strongly opposed by some. David King, director of the pressure group Human Genetics Alert, said: “This is the first step on a path that scientists have carefully mapped out towards the legalisation of GM babies.  Although we are always told that the HFEA is there to make sure that crucial ethical lines are not crossed, in reality, the HFEA exists precisely in order to manage and facilitate these transitions, and to make sure that the slope stays slippery.”

Germ-line editing has been revolutionised by the development over the past three years of a technique known as Crispr-Cas9, which allows “edits” to the DNA genome from very small to the extremely large. It is this technique that the Crick team intend to use on spare IVF embryos to investigate the role played by a handful of key genes in determining whether an early embryo develops normally into a healthy foetus.

Scientists suspect that some of these genes may be involved in preventing embryos from developing or from implanting and growing healthily in the womb. They want to test this idea by inactivating the genes in at the day-old stage of development to see what effect this produces in gene activity at seven-day embryos.

The research proposal is led by Kathy Niakin, who left the US to work at the National Institute for Medical Research at Mill Hill in north London, which is in the process of being merged with the new campus of the Crick Institute next to St Pancras Station.

If the research licence is delayed by a few weeks until after the move from Mill Hill, the controversial experiment involving the creation of genetically modified human embryos could become the first project to be carried out within the new £660m building, Dr Niakin said.

The Crick team already has a licence to carry out research on human IVF embryos but they want permission to use about 20 or 30 day-old embryos that are left over from IVF treatments – although it may be necessary to create IVF embryos specifically for the research, she said.

Parents of the embryos have to give “full and informed” consent and by law have to be told about the specific research project that their embryos will be used for, Dr Niakin said.

Although it is thought unlikely that the HFEA will refuse the extension of the Crick’s existing IVF licence, it would be a “disappointment” if the application were to be turned down, she said.

She denied that the research project will lead down a “slippery slope” to the creation of genetically modified “designer babies”, which is the argument used by many who oppose the experiment.

“Because in the UK there are very tight regulations in this area, it would be completely illegal to move in that direction. Our research is in line with what is allowed an in-keeping in the UK since 2009 which is purely for research purposes,” Dr Niakin said.