TWO Scots whose lives have been ravaged by prescription drugs are battling for ­recognition of the devastating withdrawal issues as well as proper support for victims.

Fiona French, 61, from Aberdeen, and Ann Kelly, 52, from Dunbartonshire, have suffered physically and mentally since they stopped taking their medication. 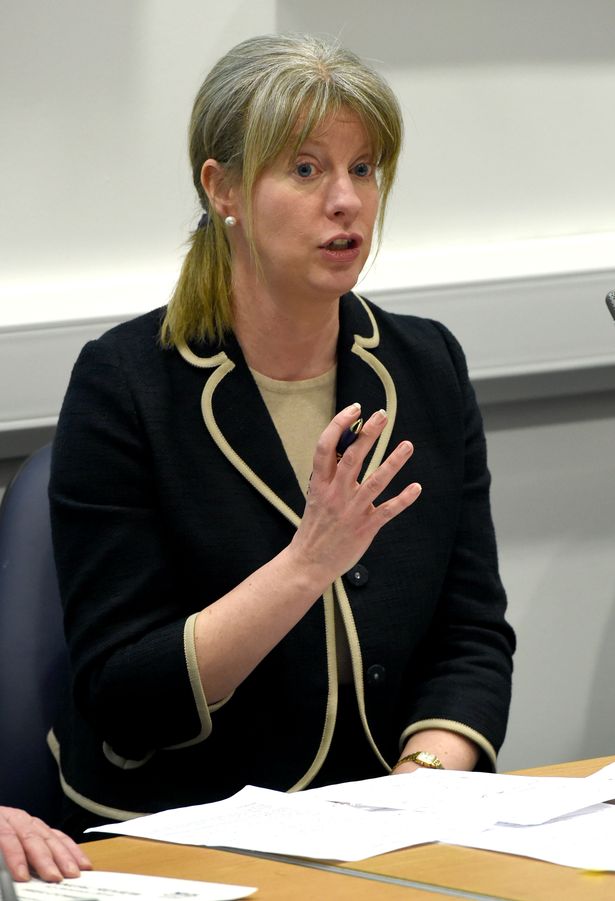 Fiona was on ­benzodiazepines – an anticonvulsant drug used to treat anxiety, insomnia, ­agitation, seizures, muscle spasms and alcohol ­withdrawal – for more than 40 years as a treatment for mild epilepsy.

It is recommended only for short- term use because of known problems with withdrawal and has widely been discredited as useful for epilepsy.

She stopped having seizures shortly after taking the drug but continued to take it unchecked.

Only after ­stopping the drug did she realise she no longer had the ­condition.

Ann was on antidepressants for 15 to 20 years. Her doctor told her she was “one of the worried well” when he prescribed the drug.

But as the effectiveness of the medication decreased, her doctor raised the dose. Ann believes her mild anxiety did not need anti­depressants at all and the mental health ­symptoms she had were caused by the drugs.

Since they weaned themselves off the drugs both women spent months unable to walk as well as suffering a host of other painful symptoms.

They believe there may be ­thousands like them, with up to one million Scots prescribed anti­depressants at one point in their lives.

The women have started a campaign called Action on Prescribed Drug Dependence, calling for a national helpline for sufferers as well as proper recognition that their conditions were caused by prescribed drug withdrawal.

After the Record drew the matter to the attention of Robison, she ­promised to investigate.

She said: “If there is emerging evidence for the need for better ­monitoring, for example, or a regular review then that’s something I will ask the chief medical officer to give me some advice on.

“If there is a need for better support for people coming off medication then, of course, I would want the chief medical officer to give me some advice on whether that is the case.

“The first thing I would want her to do is tell me whether there is an issue here and what the extent of it is.”

Robison said she would “expect regular monitoring of any ­medication”.

She added: “As we move forward, one of the benefits of the new models of primary care and the multi-­disciplinary nature, which will use pharmacists to a larger degree, is the review of medicines generally could happen on a more systematic basis.

“For some people medication will be the right thing but, if there is a wider range of services as an ­alternative, there is the option to refer somebody to services that could help to avoid anti­depressants being given. But these will always be clinical ­decisions.”

For almost four decades Fiona French obediently took prescribed drugs for her diagnosed epilepsy but when she weaned herself off them she was bedridden for more than a year.

Fiona, 61, from Aberdeen, ironically was formerly an NHS researcher, working with doctors on research on medical education and training.

She was on nitrazepam, a benzodiazepine, which has been widely discredited for long-term use for epilepsy. But she was also on antidepressants for a condition she believes was caused by the other drug.

She weaned herself off the drug over a long period of time but became progressively more ill. In her case she blames only the benzodiazepines for her condition and not the anti­depressants. When she stopped the antidepressants much later it did not worsen her condition.

She said: “It shows how every drug works differently on every individual, which means more care should be taken in prescribing and monitoring drugs.”

Within a few days of stopping the nitrazepam she realised she did not have epilepsy.

She said: “It could have resolved itself years ago for all I know. I had been on this drug since 1975 and at no time did they ever suggest my underlying depression was caused by the drug.

“I only found out when I stopped taking it.

“I was very ill when I stopped taking it but it took about six months for it to dawn on me that I wasn’t depressed any more.”

But physically she was terribly ill. She said: “When you stop taking this drug it does something to your brain. I struggled to lift my head off the pillow. It was difficult to even get out of bed to get myself something to eat.

“I just felt so terribly ill. It is difficult to describe.

“I lost sensation from the waist down. I got pressure inside my head and a squeezing sensation on the brain.

“After the numbness started to resolve itself it changed to unbearable nerve pain for a few months. But it has gradually eased off.

“But my memory and concentration have been shot to pieces and I can’t bear noise or light.

“It took 18 months for me to be able to sit up in bed without head support and it took two years to be able to walk outside the house.

Fiona has started a petition to the Scottish Parliament calling for support for people coming off these drugs.

She said: “There needs to be better training for doctors. Not everyone is bedridden for two years but a lot of people are suffering.”

Ann Kelly was trapped behind a mask on antidepressants but, when she weaned herself off them, her life was destroyed by painful symptoms and anxiety.

Ann, 52, from Dunbartonshire, went to her doctor with mild anxiety and was put on antidepressants by a GP who told her: “You are one of the worried well.”

She said: “I was going about my business but I felt insulated, living my life behind a mask, not really relating properly to people. Anti-depressants wipe out bad feelings but they wipe out good feelings too.

“The problems happen when you try to allow your body to work without the drug.”

Ann decided she had been on the drugs long enough and tapered off them over a period of two years after consulting with her doctor.

But she said: “When I came off them two years ago, the symptoms were horrendous.

“Trying to get off them is like you are caught in a leg snare. You can bleed to death or try to escape and it will rip your leg off.

“I had dizziness, co-ordination problems, balance problems, forgetfulness, gastric problems and was agitated beyond belief.”

At one point she was so ill, her brothers had to lift her in and out of bed. But when she went back to the doctor she was told these were all symptoms of her original condition.

Ann refused to believe the diagnosis and saw an expert psycho-pharmacologist who confirmed she was suffering withdrawal. With the help of her local MSP Jackie Baillie, she organised a meeting with NHS Greater Glasgow and Clyde’s head of psychiatric services Dr David Gerber, who also conceded her condition had been caused by the drug withdrawal.

Ann has set up a help group in Helensburgh called Recovery and Renewal for anyone struggling from the effects of the drugs.

She said: “Once you take an antidepressant it becomes a dance that never ends.”