Home
Technology
Wi-Fi for the Internet of things gets a name: Wi-Fi HaLow 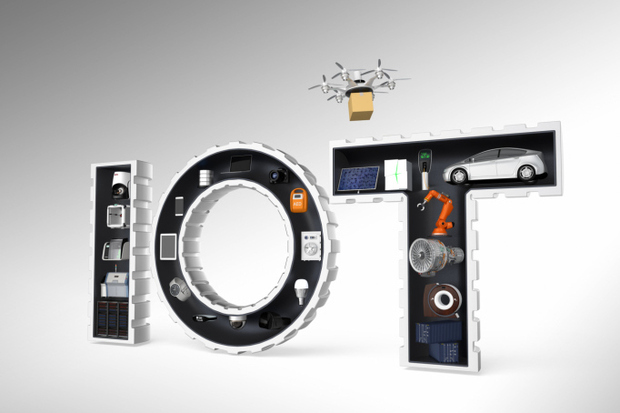 A new low-power, long-range version of Wi-Fi that bolsters Internet of Things (IoT) connections will be dubbed Wi-Fi HaLow, the Wi-Fi Alliance revealed today in advance of CES.

Wi-Fi HaLow (pronounced HAY-Low) is based on the pending IEEE 802.11ah specification. It will be used in coming years for everything from smart homes and wearables to smart cities and connected cars where thousands of battery-operated sensors can be connected to a single Wi-Fi Access Point (AP).

The Wi-Fi Alliance, which includes about 700 vendors, expects to launch a certification process for Wi-Fi HaLow products in 2018, officials said. But products supporting the specification are expected to enter the market earlier. The IEEE finalization of 802.11ah is far along and already into what’s known as the technical phase.

Wi-Fi HaLow will operate in the unlicensed wireless spectrum below 1GHz, allowing it to more easily penetrate walls and barriers because of the propagation capabilities of low-frequency radio waves. Its range will be nearly double today’s available Wi-Fi, with some estimates ranging as high as 1 kilometer, a distance equal to 3,280 feet.

The tradeoff for such extended range with low power could be that 802.11ah throughput will be well below the 7Gbps maximum of Wi-Fi 802.11ac when 802.11ac is enhanced with the maximum number of antennas on an AP.

Wi-Fi HaLow equipment will initially be certified for up to 18Mbps as the highest data rate, the Wi-Fi Alliance said in advance of today’s announcement. The lowest rates will be just 150Kbps, achieved by using a 1MHz channel. To get to 18Mbps, equipment makers will need to use a 4MHz-wide channel. Data rates as high as 78Mbps are possible by using a 16Mhz channel, but the Wi-Fi Alliance is only initially certifying gear with up to 4MHz channels.

Even so, the slower throughput of Wi-Fi HaLow will make little difference for many of the futuristic IoT applications being envisioned, where sensors are battery operated and usually transmit occasional short bursts of data. Faster throughput makes a bigger difference in high-definition video and other data-intense and persistent applications.

A sensor on a water pump or a water leak detector in a basement of an industrial plant or home would benefit from Wi-Fi HaLow, for example, because the signal could carry a 900Mhz signal through a concrete wall, at low power, to an access point and on to the rest of the network in the cloud.

“Wi-Fi HaLow has a foot in both the consumer and business markets,” said Kevin Robinson, vice president of marketing for the Wi-Fi Alliance, in an interview. “In a smart city, you may want to connect smart parking meters to a centralized access point. The low-power capability for nodes and Access Points means less power to send transmissions, which means the devices can sweep longer, which is important for a smoke detector or a leak detector. Wi-Fi HaLow will allow devices to run for months or years on their batteries.”

Robinson said upcoming APs will likely be tri-band, supporting HaLow in the 900Mhz band, as well as the older 2.4GHz and 5GHz bands. Companies and consumers would need to buy equipment upgrades to get the HaLow properties, but he added, “for many people, it will be part of the natural upgrade process for Wi-Fi.”

An additional benefit of Wi-Fi HaLow to developers and industrial users is that the new spec will share many of the same aspects of the existing Wi-Fi protocol, including multi-vendor interoperability, strong government-grade security and ease in set-up. In addition, it will support Internet Protocol characteristics natively.

“HaLow will be very familiar to Wi-Fi developers,” Robinson added.

This story, “Wi-Fi for the Internet of things gets a name: Wi-Fi HaLow” was originally published by Computerworld.