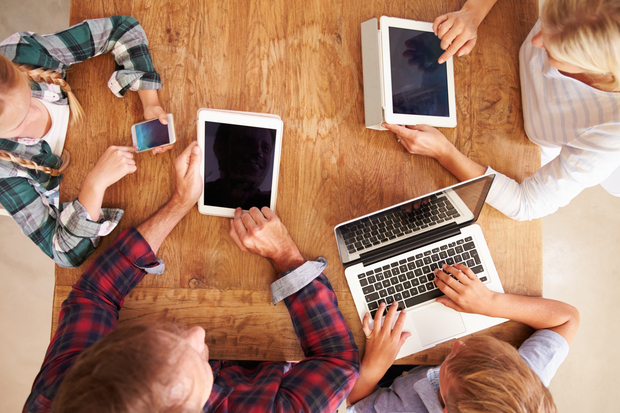 Not to be a Grinch, but the mobile industry wouldn’t be on my Christmas list if I were Santa. Not because it’s been bad, but because it’s been boring. The sad truth is nothing really interesting debuted this whole year, and there’s no evidence that 2016 will be any better.

Tablet sales have been sinking for a while, after a red-hot streak for their first few years. Like a PC, a tablet is good for several years, and there’s been no meaningful change to the genre lately. Apple even skipped updating its main iPad model, the iPad Air, this year. Its iPad Mini gained a speed bump (yawn), and its overhyped, oversized, derivative iPad Pro debuted (Apple copying Microsoft and Samsung).

Now IDC predicts that smartphone sales will decline in 2016. (Of course: Almost everyone now owns one.) For several years, new iPhones and new Galaxys have featured the same kinds of enhancements that PCs long have had to rely on: faster processors, better cameras (to an absurd level, frankly), and new colors and case materials.

The last significant actual innovation was the Touch ID fingerprint sensor in 2013’s iPhone 5s. Well, that and the Handoff feature that debuted with iOS 8 in 2014, but it was part of OS X Yosemite, so it’s not strictly a mobile technology.

Then there’s the smartwatch, a technology whose time still has not arrived. Android models have been around for several years, though apparently no one outside of the tech press buys them. (Why would they?) Worse, new models seem to offer nothing actually new.

Apple’s Apple Watch, which debuted in 2014 but didn’t ship until 2015, is a much better product than its Android rivals, but it’s the quintessential Apple play: Do a bad, existing product category well and own the market. The Apple Watch is technically impressive, but it’s a niche product best adopted by business travelers and fitness buffs.

I’m a big fan of mobile technology — I’m writing this on a plane on my iPad Air 2, with my iPhone playing my music and controlled by my Apple Watch, as my iPad Mini rests in the seat back compartment waiting for me to finish rereading Michael Chabon’s “The Mysteries of Pittsburgh.”

The listless, superficial nature of mobile technology is natural, albeit sad. The iPhone brought a burst of innovation in 2007, followed quickly by Android. The iPad in 2010 brought even more to the table. We hadn’t seen device innovation like that since 1998 to 2001, when the first-wave mobile devices (Palm, BlackBerry, Windows Mobile) created similar excitement.

That first wave didn’t sustain long enough to follow the usual pattern of technology: It’s experimental, fast-moving, and a joyride for a few years — then it settles into middle age, with the major questions resolved and stability achieved.

i remember very well the same phenomenon in the PC industry from the Apple II to the IBM PC to the original Mac to the Compaq luggable, with all the bus architectures, graphics standards, operating systems and graphical operating environments, peripheral connections, networking technologies, and form factors. Now, a PC is pretty much a PC, with most so-called innovations futile attempts to soup up the family station wagon. (Touchscreen PCs and 2-in-1 “I’m not really a tablet” laptops are the latest examples.)

That’s where mobile is today.

Despite technological middle age setting in, vendors and their spokespeople in the press have to keep pretending it’s a real party with endless innovation and excitement. It’s not, and they come off like 45-year-olds with comb-overs and haplessly hip attire swaggering like they did in college.

Better to gracefully embrace middle age. After all, the now-mature mobile technology is still amazing. As with new car models, we’ll continue to see variations that make our hearts leap. You don’t need disruptive innovation to get that.

Maybe something unexpected will come along and start the innovation cycle all over again. (It won’t be the Internet of things, by the way.) In fact, something is certainly to come along next year or five years from now. It probably won’t be in mobile.

That’s OK. Mobile has had a great ride, and we’ve all immensely profited from that. We still can, by using and enjoying what was built in those heady years and by looking forward to the undramatic but sensible enhancements such as those in iOS 9 for iPad users.