Home
The Stash
Anonymous Fights Back, WhiteHouse.gov and Others In Trouble 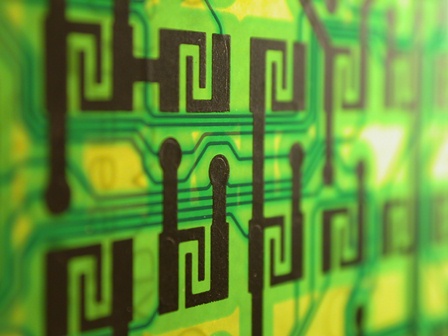 The WWIII of the Internet just started. Is this the end of the Internet? Will this new move help in SOPA type bills to be enforced. I can only guess at this point. Better start backing your websites people and better STAY out of this fight.

“Hacktivists with the collective Anonymous are waging an attack on the website for the White House after successfully breaking the sites for the Department of Justice, Universal Music Group, RIAA and Motion Picture Association of America.

In response to today’s federal raid on the file sharing service Megaupload, hackers with the online collective Anonymous have broken the websites for the Department of Justice, Universal Music Group, RIAA and Motion Picture Association of America.

“It was in retaliation for Megaupload, as was the concurrent attack on Justice.org,” Anonymous operative Barrett Brown tells RT on Thursday afternoon.

Only hours before the DoJ and Universal sites went down, news broke that Megaupload, a massive file sharing site with a reported 50 million daily users, was taken down by federal agents. Four people linked to Megaupload were arrested in New Zealand and an international crackdown led agents to serving at least 20 search warrants across the globe.

Less than an hour after the DoJ and Universal sites came down, the website for the RIAA, or Recording Industry Association of America, went offline as well. Shortly before 6 p.m EST, the government’s Copyright.gov site went down as well.

Minutes later, MPAA.org also returned an error as Anonymous hacktivists managed to bring the website for the Motion Picture Association of America. The group, headed by former senator Chris Dodd, is an adamant supporter of both PIPA and SOPA legislation.

Universal Music Group, or UMG, is the largest record company in the United States and under its umbrella are the labels Interscope-Geffen-A&M, the Island Def Jam Motown Music Group and Mercury Records.

Brown adds that “more is coming” and Anonymous-aligned hacktivists are pursuing a joint effort with others to “damage campaign raising abilities of remaining Democrats who support SOPA.”

Although many members of Congress have just this week changed their stance on the controversial Stop Online Piracy Act, or SOPA, the raid on Megaupload Thursday proved that the feds don’t need SOPA or its sister legislation, PIPA, in order to pose a blow to the Web.

Brown adds that operatives involved in the project will use an “experimental campaign” and search engine optimization techniques “whereby to forever saddle some of these congressmen with their record on this issue.””

If you look at it this will actuallhy harm the ANTI-SOPA movement in a very bad manner. Seriously what were they thinking. But if you look from the thousands on megaupload users who paid money to get accounts their, it seems justified. The manner it went down wasn’t nice by any means and honestly it comes as no-brainer for most people in the business. Again, now would be a GREAT time to backup everything and make sure you’re not next on the list. The Internet we knew is going to change very soon.

Update: According to Gizmodo which for some reason seems down, there have been more attacks on different websites. Inb4DDoS

Update: Anonymous says they’ve also knocked off the RIAA’s site—looks down for us at the moment as well.

Update 2: Universal Music Group has also fallen off an e-cliff.

Update 4: Affected sites are bouncing in and out of life, and are at the very least super slow to load. Anon agents are currently trying to coordinate their DDoS attacks in the same direction via IRC.

Update 6: This Anon sums up the mood in their “official” chat room at the moment:

Danzu: STOP EVERYTHING, who are we DoSing right now?

Update 7: Russian news service RT claims this is the largest coordinated attack in Anonymous’ history—over 5,600 DDoS zealots blasting at once.

Update 9: Major record label BMI is down for the count.

Holy shit, this is bad.

How to Ingest Pills Intravenously

How to Reduce Stress