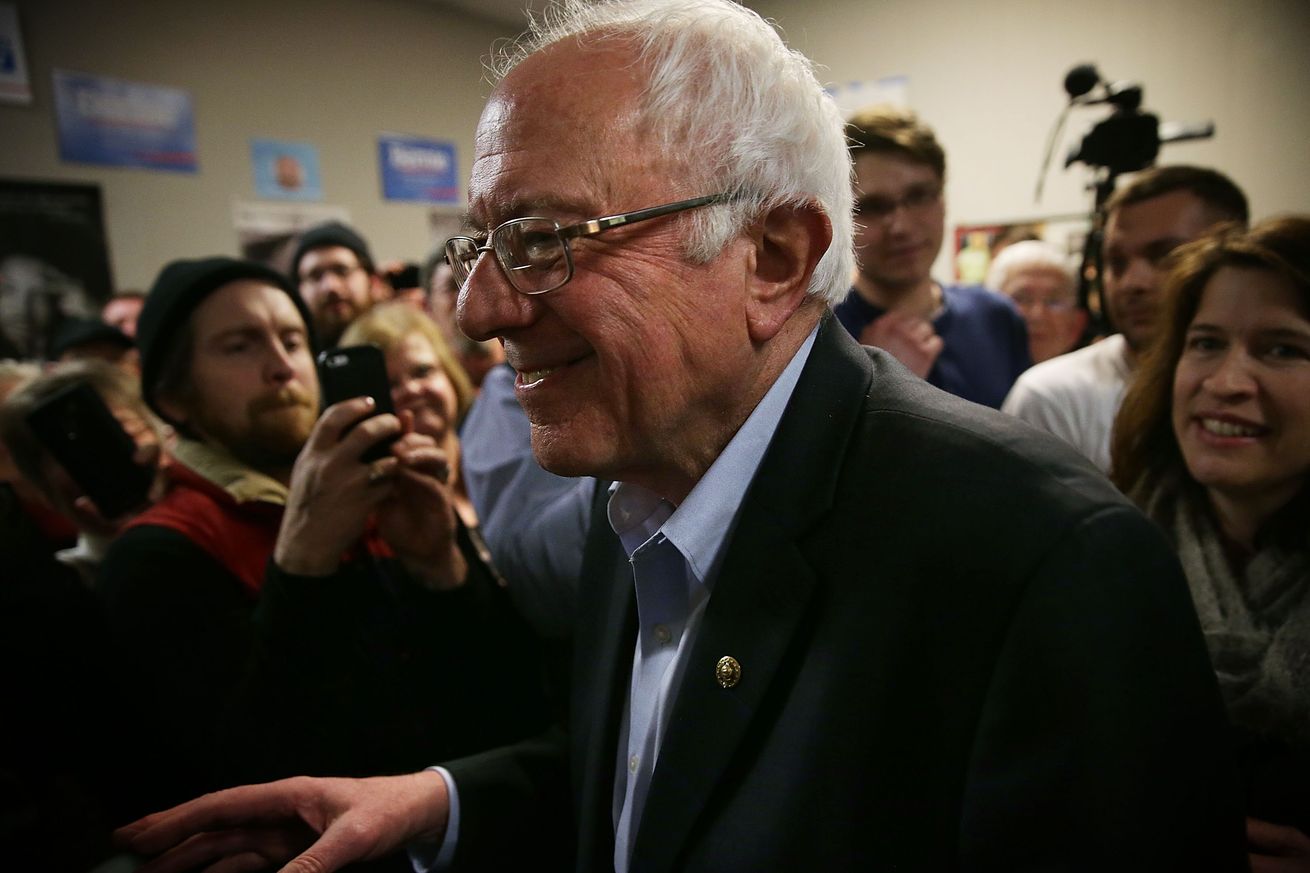 Vox’s Alvin Chang found that Bernie Sanders ran a whopping 113 hours of ads in Iowa, more than any other candidate.

Most of the ads feature Sanders addressing viewers like a professor, matter-of-factly explaining things like income inequality or the rigged political system. One of his better-known ads is more emotional, a sweeping montage of Sanders interacting with everyday Iowans set to Simon and Garfunkel’s “America.”

But Sanders’s longest ad is totally different from any of these. It’s basically a stand-up comedy routine defending Hillary Clinton against a bizarre sexist attack from Donald Trump. It only aired 18 times in Iowa for a total of half an hour of airtime, but it’s totally worth watching. Come for the Bernie-Sanders-as-Larry-David hilarity, stay for the feminism:

The ad shows a speech Sanders made in Council Bluffs, Iowa on December 22. Sanders takes down Trump for calling Clinton’s extended bathroom break at the previous Democratic debate “disgusting.” Clinton was delayed coming back to the debate because the women’s restroom was so far away and the lines were so long.

“Donald Trump is very upset. It’s very hard for him to deal with — I don’t know what his relationship with women has been in his life — but he has discovered that women go to the bathroom,” Sanders quips, to guffaws and cheers from the crowd. “And it’s been very upsetting for him.”

Sanders continues to “admit” that he also went to the bathroom during the debate. “I guess I’m a man, men are allowed to go to the bathroom, but women, what can we say?”

He decries the “pathology” that would make Trump say something like that, and concludes that Trump “must have a very unusual relationship with women.”

Sanders has been more aggressive in attacking Clinton in the lead-up to Iowa than he had been for most of his campaign. He’s been criticized for dismissing Planned Parenthood as “establishment” for endorsing Clinton, and his campaign has taken heat for the sexist online vitriol coming from its most vocal “Bernie Bro” supporters.

But this ad is a good reminder of Sanders’s strong feminist values and his willingness to be vocal about them.

‘I am not Donald Trump’: Kevin O’Leary denies parallels with bombastic American