The Prime Minister is widely expected to campaign for Britain to remain in the EU, having recently warned the UK’s national and economic security will be put at risk by leaving the 28-nation bloc.

He today confirmed his Cabinet ministers will be allowed to campaign in a “personal capacity” for Britain to cut ties with Brussels without having to resign from the Government to do so.

But the Prime Minister insisted the Government would also put a “clear recommendation” to voters after he completes his renegotiation of Britain’s EU membership – likely to be a backing for a ‘Remain’ vote.

Quizzed by Labour MP Barry Gardiner on whether he would have to resign as Prime Minister if his recommendation was ignored by voters, Mr Cameron dismissed suggestions he could step down and vowed “come what may” he would remain in Downing Street.

Mr Cameron is hoping to agree a renegotiation deal with fellow EU leaders at February’s European Council summit, with the referendum being held as early as June.

Speaking in the House of Commons this afternoon, Mr Gardiner said: “The Prime Minister said the European Union referendum would reflect the choice of the British people.

“They can either choose to sat in a reformed EU or to leave the EU.

“Come what may I will continue to lead the Government in the way I have.” 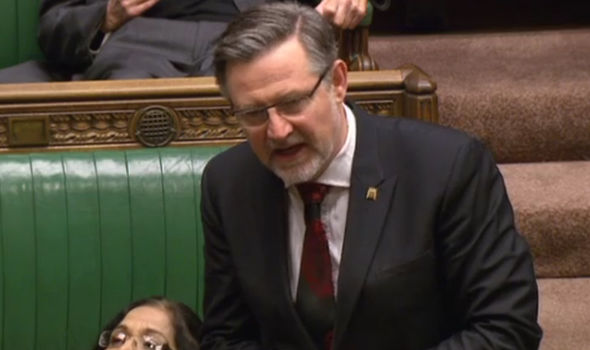 Labour MP Barry Gardiner asked the PM if he would resign

It follows recent reports a senior eurosceptic is plotting to demand Mr Cameron’s resignation on the morning after a referendum defeat.

As many as six Cabinet ministers are also said to believe the Prime Minister will have to step down if he is defeated.

Despite being among those tipped to eventually replace the Prime Minister as Tory leader, Mr Johnson dismissed suggestions Mr Cameron would have to resign in the event of a Brexit vote as “total nonsense”.

He said: “I don’t think that for a minute means David Cameron has to resign.”

Mr Cameron previously revealed he had contemplated standing down as Prime Minister if Scotland had voted for independence in 2014.

Prior to May’s general election, Mr Cameron announced he would not seek a third term in Downing Street from 2020.