Home
The Stash
Booting Windows 95 Under 3 Seconds, Well Not Exactly 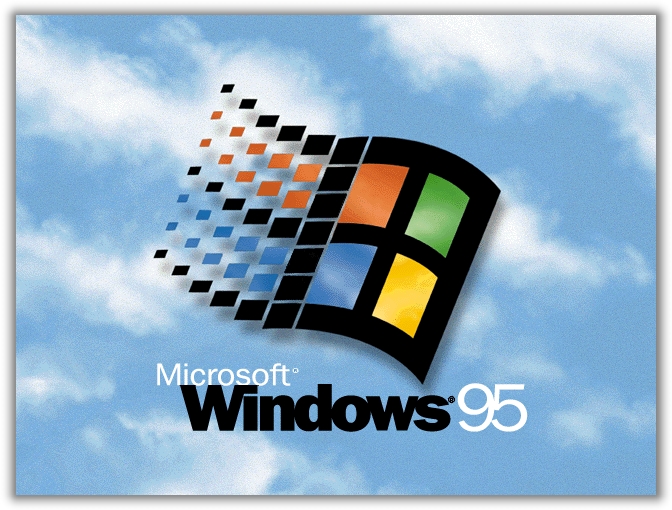 Ever since Modern men started using Computers, they always complained about lack of speed or responsiveness in their systems. Opening applications and powering on the systems required unwanted wait time, for a programmer or a worker that uses computer system for a living any extended delay results in loss of productivity. So, it’s not uncommon to hear old troll’s tales of speeding up your system boot time. For layman reading this simple article, the BOOT event is a significant event for the OS (Operating System). It’s the like powering something on, unlike a car ignition system; the system start event takes time.

You usually see the BIOS screen and then you see the Windows boot loader and finally you get to login screen. In between this long journey many events are taking place, such as probing the devices, getting the GUI up and other vital services.

In the old days, you were limited by the hardware and crappy system software (Microsoft). When it comes to the hardware, RAM and Hard disk play a vital role. You can have an i7 but if you’re Hard Disk isn’t fast enough it will add an unwanted delay.

Back to Windows 95, back in 1996 in a thread such at this a claim was made about booting a Windows 95 System in 3 seconds. If you were alive in 96 or in the 90’s you would remember the horrible load times. I used to run Windows ME, 98 and later on Xp and they did take a while to start. I would usually power the system on and drink water or make some tea and then come back to find the system in ready state.

The 3 second claim did spark some flame wars back in the day and trolls had a great time making up more and more outrageous claims. But let’s just discuss about increasing your boot time.

If you’re using a Windows OS [Xp – 8] you should always remember that even though you can speed up certain things in the end it will depend on your system overall weight as in how many services are being called on and how much data needs to be transferred. Meaning, having a 7200rpm Hard Disk is probably a great start or if you’re using an SSD then you don’t really have to worry about anything, apart from disabling prefetch, defrag and other services that were designed for Rotating Hard Disks.

After following these steps your boot time will decrease but that doesn’t mean you will be able to boot in seconds. Unless you have an SSD or an OS that loads directly from RAM, it will take more than 10 seconds to load your OS.

But let’s go back to Windows 95. I learned that when you’re using VMware and installing some OS, the speed increases dramatically. Like Windows Xp doesn’t take that much time to install at all. So, if I was aiming to start Windows 95 in 3 seconds, I will mostly use a VMware image and use a RAM Disk to save all the OS files.

The thing about RAM Disk is, they’re extremely fast (As fast your System RAM, considering it’s using that RAM) and that totally takes out the Hard Disk delay and then with a fast enough processor you can easily get it done.

But will the boot up be something close to powering on a switch or a light bulb. Well, then you will have to look at the problem in a different manner. If you power the system down by using Standby or hibernation, you’re power on time reduces but again there is a delay.

To have an instant power on, the system would have to go in a low power mode and everything that is required to activate the OS would be stored in RAM. By pressing the power on button, the system will instantly power on.

It’s possible even today; I remember reading about IBM working on this type of technology. But does the boot up times matter now. With SSD’s and RAM drives and low power states, why would the system even shutdown.

I know in Pakistan I face rolling blackouts every day, hour after hour and usually I am forced to power off the system   but that’s my case. In the developed Countries where power isn’t a major concern, I don’t see any reason to completely power off your system. Thanks to the Modern OS such as Windows 7, the system is reliable and stable enough. In low power state it doesn’t use that much power as well. Heck, go Solar if you can.

My system has been running for 3 days straight, it would run for months if I didn’t restart it after a week automatically. And I can easily send the system into standby and it will only use limited power and still keep my network connections open and of course it would power on in few seconds.

What I am trying to say is, you don’t need to worry about booting times if you just used the standby feature or you could invest in an SSD. However, I will agree that on Laptops that booting times are painful.

There was another discussion going on about Over clocking your processor. Quite recently a guy named HiCookie OC’ed his Sandy Bride processor Intel Core i7 3770K to 7.03Ghz with a x63 multiplier. OC’ing your system doesn’t help increasing your boot time unless you’re using a underpowered processor. Sure it helps when you’re running games but OC’ing an Core i7  3770K to 7.03 Ghz doesn’t mean it’s usable in anyway. More here

I mentioned the OC part because back in the day or even today people thing that by OC’ing your system using Liquid Nitrogen would actually increase your system capacity to work with more data. It’s true from a benching view but not when it comes to productivity and usability.

The Lazy Man’s Guide – How To Clean Out Your Computer