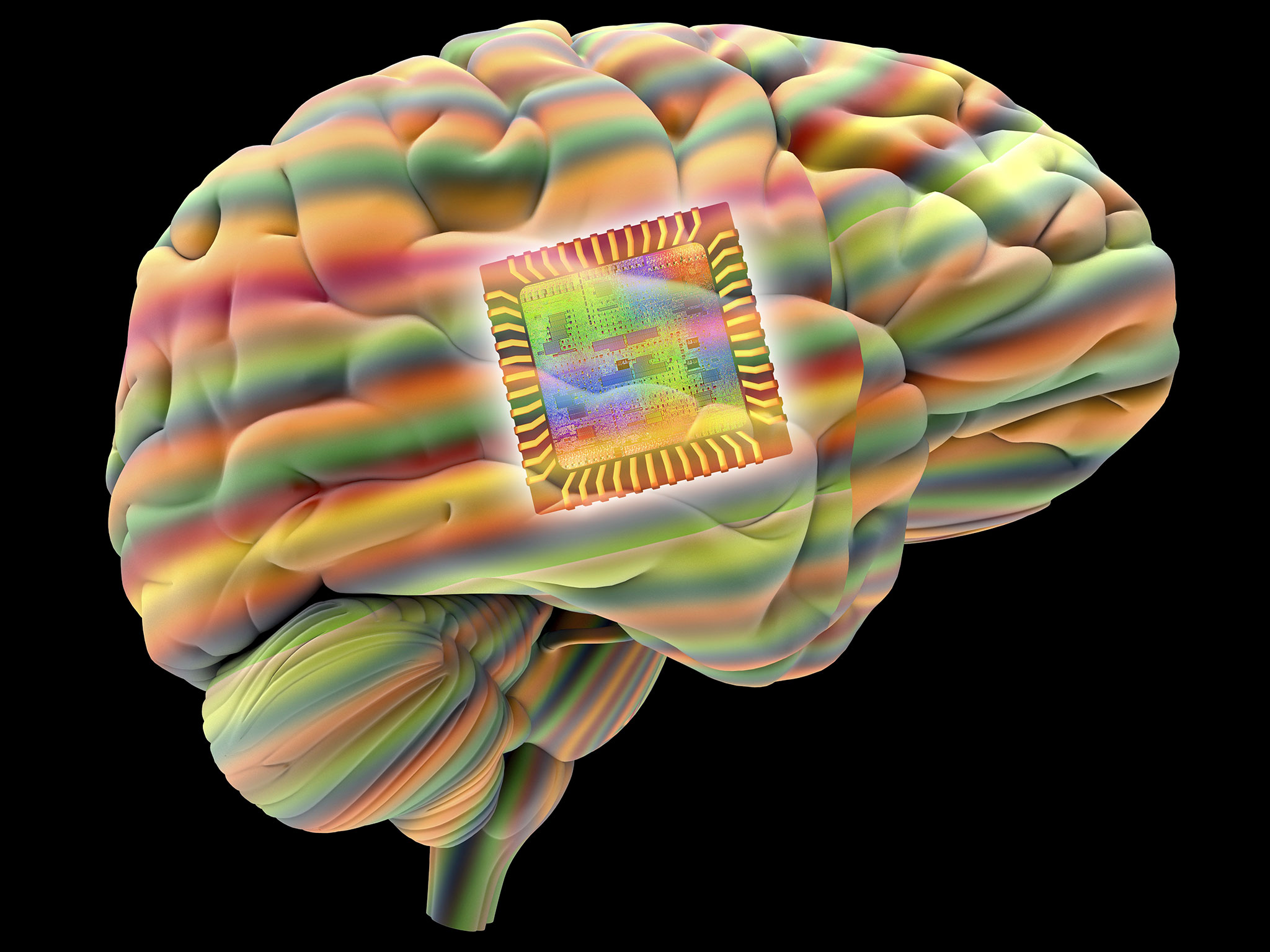 A surgical implant no bigger than a grain of rice which measures a patient’s temperature and blood pressure for several days before dissolving harmlessly in body fluids has been invented by scientists.

The biodegradable device could be implanted into the brain or other vital organs to monitor a patient’s medical recovery without the need for cumbersome wires or operations to remove the implant once its job is done, the researchers said.

Tests carried out on laboratory animals shows that the disposable implant can monitor slight variations in the intracranial pressure between the brain and skull as well as measuring temperature in this sensitive part of the body before dissolving completely, they said.

Similar, absorbable devices that do not need to be retrieved from patients could soon be tested on people to see if they can be used as alternatives to existing instruments for measuring a important health markers, they added.

“The ultimate strategy is to have a device that you can place in the brain – or in other organs in the body – that is entirely implanted, intimately connected with the organ you want to monitor and can transmit signals wirelessly to provide information on the health of that organ,” said Rory Murphy, a neurosurgeon at Washington University School of Medicine in St Louis, Missouri.

“[This allows] doctors to intervene if necessary to prevent bigger problems. And then after the critical period that you actually want to monitor, it will dissolve away and disappear,” Dr Murphy said.

Being able to monitor changes inside the body can be crucial to a patient’s health and recovery. Existing implants are often cumbersome and pose the risk of immune rejection and infections caused by repeat surgery.

“Electronic devices and their biomedical applications are advancing rapidly. But a major hurdle has been that implants placed in the body often trigger an immune response, which can be problematic for patients,” Dr Murphy said.

“However, the devices commonly used today are based on technology from the 1980s. They’re large, they’re unwieldy, and they have wires that connect to monitors in the intensive care unit. They give accurate readings, and they help, but there are ways to make them better,” he said.

The technology behind the disposable implant, published in the journal Nature, incorporates a dissolvable silicon material mixed with a harmless polymer called polyactic-co-glycolic acid. Tests showed the material completely dissolves in saline solution after a few days.

“The benefit of these new devices is that they dissolve over time, so you don’t have something in the body for a long time period, increasing the risk of infection, chronic inflammation and even erosion through the skin or the organ in which it’s placed,” Dr Murphy said.

John Rogers, professor of material science at the University of Illinois at Urbana-Champaign, said: “This is a new class of electronic biomedical implants. These kinds of systems have potential across a range of clinical practices, where therapeutic or monitoring devices are implanted or ingested, perform a sophisticated function, and then resorb harmlessly into the body after their function is no longer necessary.”