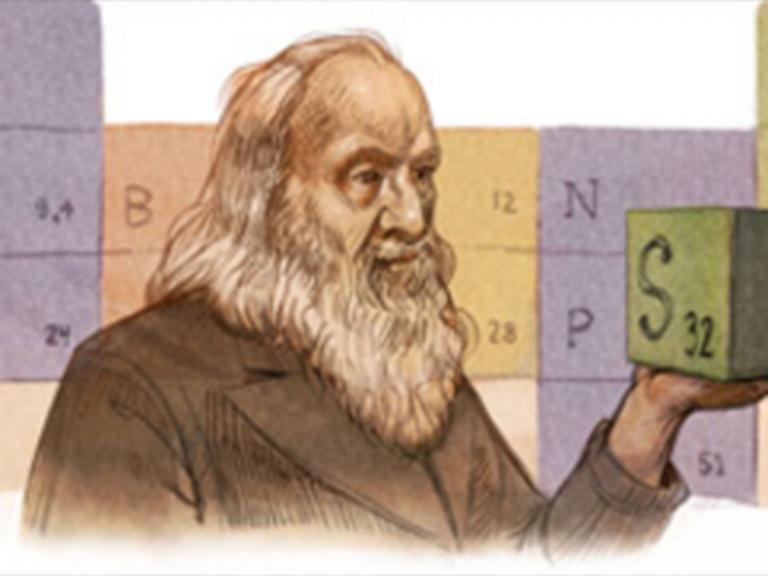 Dmitri Mendeleev, the Russian chemist who published what is regarded as the first widely recognised periodic table, has been celebrated with his own Google doodle on what would have been his 182nd birthday.

The inventor formulated the idea of the periodic law, which was used to document elements that exist in our universe.

Studied by school children across the world, the periodic table initially contained 56 elements. There are currently 118.

Here are five facts you might not know about it (despite all those hours spent in science class) and Mendeleev himself:

Ununpentium, an extremely radioactive element also known as element 115, has a half life of only 220 milliseconds. It was declared a new element in December 2015 after it was discovered by a group of Russian nuclear scientists.

Thanks to his passionate love of solitaire, Mendeleev wrote the weight for each element on a seperate index card and then laid them out as if he was playing a card game. Logically, he figured elements with similar properties would form a “suit” which would then be placed in columns ordered by atomic weight.

He predicted elements that had yet to be discovered

One of the most genius-like things Mendeleev did with the periodic table was leaving gaps where he knew elements would exist, but they just hadn’t been discovered yet. With this in mind he managed to work out the weight of gallium, scandium, and germanium.

A sizeable chunk of them are man-made

Ninety of the elements are found naturally. Of the two dozen or so that aren’t, the first element to be made artificially was Technetium. This was discovered in 1937 by Carlo Perrier and Emilio Segre and was named after the Greek for artificial – technetos. It is one of the elements used as the radioactive part of the tracers put into the human body during medical tests.

Some elements can ‘transform’ into others

Radioactive atoms have unstable nuclei. This means that uranium, for example, decays into a series of lighter elements, including lead, which has a different element number.