Home
Science
Earth made up of two planets after ‘violent collision’ with Theia 4.5 billon years ago, UCLA scientists find 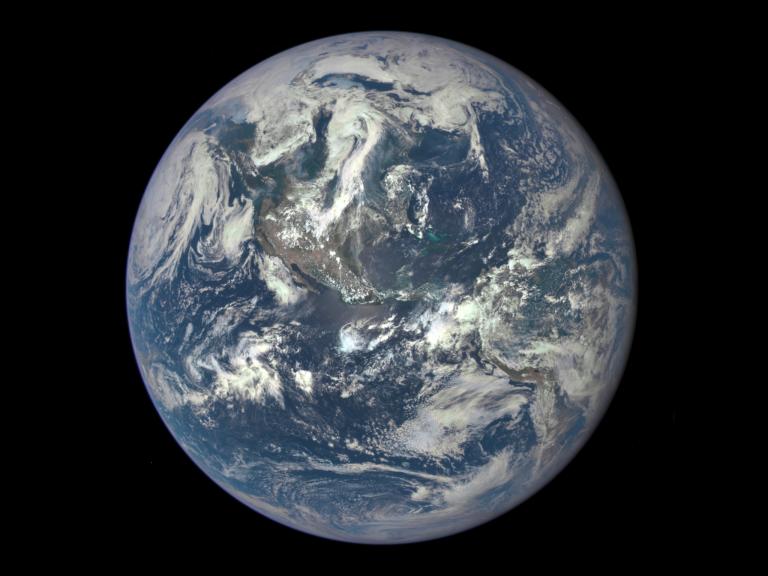 A “violent, head-on collision” created Earth as we know it, ground-breaking new research has revealed.

A planetary embryo called Theia, thought to be around the size of Mars or Earth, collided with Earth 4.5 billion years ago when our planet was just 100 million years old.

It was already known that Theia and Earth collided, but the new evidence from the UCLA-led scientific team shows it was less of a side swipe, as previously thought, and more of a “head-on assault”.

The force of the impact resulted in early Earth and Theia, together to form a single planet, with a piece breaking off and entering its gravitational pull to form the moon.

Researchers studied moon rocks from three Apollo missions and compared them with  volcanic rocks found in Hawaii and Arizona.

To their surprise, no difference was found in the oxygen isotopes and it was established that the rocks from each shared chemical signatures.

Edward Young, lead author of the new study and a UCLA professor of geochemistry and cosmochemistry, said, “We don’t see any difference between the Earth’s and the moon’s oxygen isotopes; they’re indistinguishable.

“Theia was thoroughly mixed into both the Earth and the moon, and evenly dispersed between them. This explains why we don’t see a different signature of Theia in the moon versus the Earth.”

According to Professor Young, Theia was growing and would likely have become a planet, had it not been destroyed in the collision.

The research, funded by Nasa, the Deep Carbon Observatory and a European Research Council advanced grant (ACCRETE) and published in the journal Science, also raised questions about Earths origins.

They include, whether the collision would have removed any water contained by Earth –  before asteroids rich in water hit our planet tens of millions of years later.

Periodic table gets four new elements, making science textbooks around the world out of date