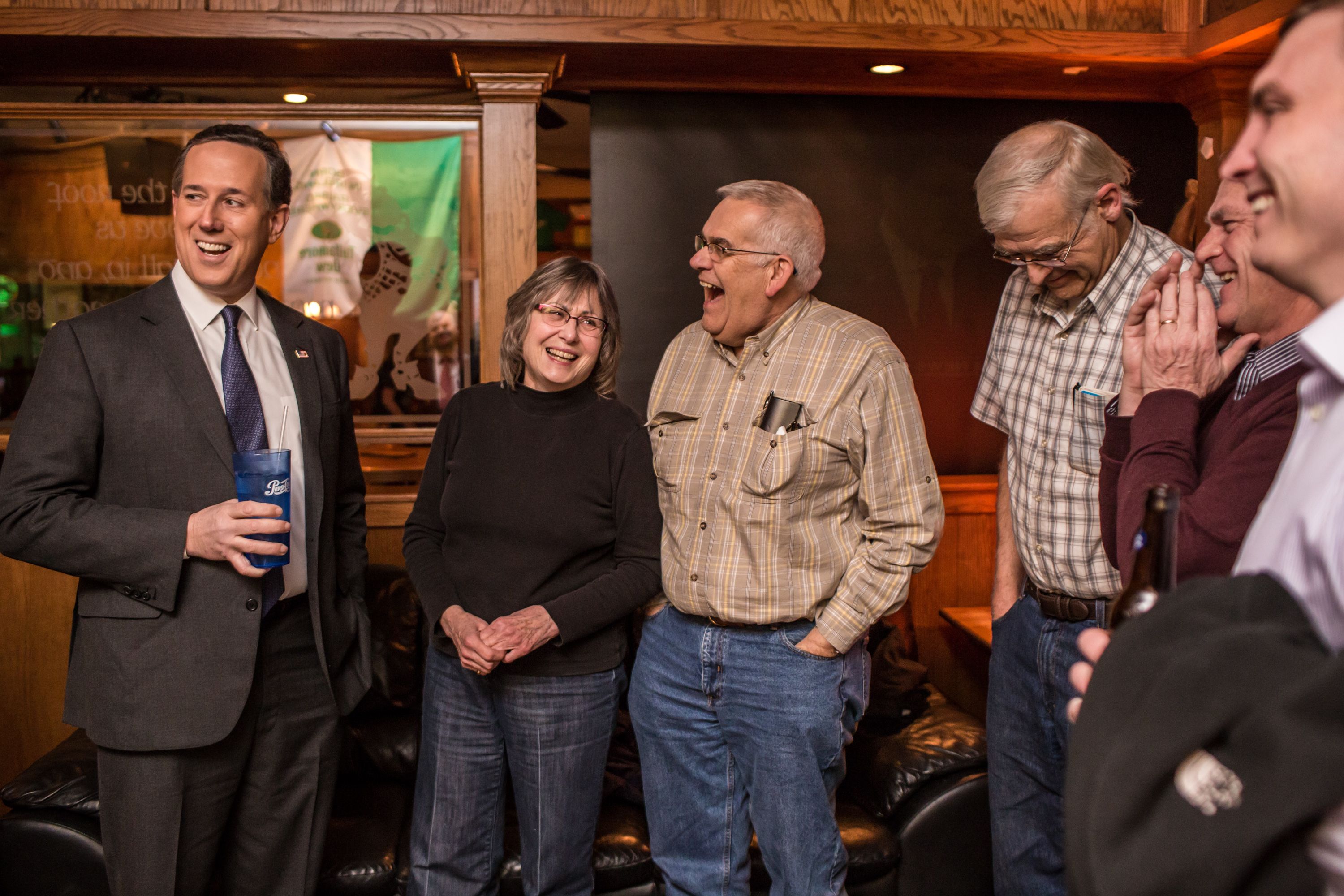 What happened next? There was a massive wave of media coverage about how “Marco Rubio was the real winner in Iowa.” By exceeding expectations, the argument goes, Rubio generated positive buzz that will help him raise money, recruit volunteers, and win later primary contests. That, in turn, could consolidate his status as the choice of the party’s mainstream.

The betting markets mirror this conventional wisdom. Before Iowa, markets thought Trump was most likely to win, followed by Rubio and then Cruz. After Cruz won Iowa, Rubio’s odds on one market surged from 34 percent to 61 percent. But Cruz remained mired in third place — with the same market giving him a 12 percent chance of capturing the nomination.

Then in Saturday’s Republican debates, Rubio had his “glitch,” repeating the exact same two sentences three times in five minutes. Rubio’s odds fell from 60 percent to 44 percent, while Trump’s rose from 22 to 32 percent. But Cruz’s odds remained stuck at 12 percent.

This is ridiculous. Getting third place in Iowa is pretty good, but getting first place is better. And there’s no good reason to simply assume Cruz is going to be a one-state wonder. Cruz is in a dead heat with Rubio in national polls taken since Iowa. And he’s only about 2 percentage points behind Rubio in New Hampshire polls, a state whose Republican voters are known for supporting more centrist candidates.

Of course, nothing is certain in a race as chaotic as this one. But elite pessimism about Cruz says more about the biases of media and Beltway insiders than it does about the Republican primary itself.

Ted Cruz gets underestimated because elites — both Washington insiders and pundits — can’t stand him.

Republican power brokers dislike him because he hasn’t been a team player during his time in the Senate. He has spent the past four years portraying his fellow Senate Republicans as mendacious sellouts, which might be why not a single senator has endorsed him. (Marco Rubio has seven Senate endorsements; Jeb Bush has five, according to FiveThirtyEight’s tracker.)

For many Republican voters, being hated by media elites and Beltway insiders is an argument for Cruz

As a result, many commentators — particularly believers in the “party decides” theory of presidential nominations — have long assumed that because Cruz is so despised by elites, he can’t win. In contrast, Rubio is a much more palatable choice to party elites.

But for many Republican voters, being hated by media elites and Beltway insiders is an argument for Cruz. During the debates, Cruz has taken every opportunity to denounce the media — and every time he did it, the audience applauded. And political consultant Steve Schmidt told my colleague Andrew Prokop last fall that more than half of GOP voters felt “complete and utter and absolute contempt for the party establishment.”

Perhaps the party will somehow corral its voters back into line. But in a year when so many Republican voters are disgusted with their party’s leaders, the fact that those leaders love Rubio and despise Cruz seems like a reason to be bullish on Cruz.

Of course, evangelicals are a lot less common in New Hampshire than in Iowa, so it’s not a surprise that Cruz is doing worse there. But Cruz has two advantages that should allow him to do significantly better in later states than Santorum and Huckabee did.

Evangelicals are a lot less common in New Hampshire than in Iowa, so it’s not a surprise that Cruz is doing worse there

While Cruz has worked hard to win evangelical votes, his campaign — and his political persona more broadly — has been much less focused on social issues than the Huckabee and Santorum campaigns were. Not only did Huckabee and Santorum both focus heavily on same-sex marriage and abortion, they also eschewed some aspects of conservative orthodoxy on economic issues, campaigning instead as more populist “Sam’s Club Republicans.”

Huckabee and Santorum weren’t exactly left-wing on economic issues, but they were less enthusiastic about deregulation and tax cuts than most other Republicans. That made it harder for either to attract the support of wealthy businessmen or libertarian-minded voters, both important parts of the Republican coalition.

By contrast, Cruz has hewed closely to conservative orthodoxy on a wide range of issues. Prior to the 2016 campaign, he was best known for his opposition to illegal immigration and Obamacare, neither of which is a pet issue of evangelicals. That means Cruz has a better chance of appealing to the various factions that make up the Republican Party: social conservatives, free market and business groups, anti-immigration activists, foreign policy hawks, and so forth.

Ted Cruz has plenty of money

The other big difference between Cruz and previous Iowa winners is money.

In 2007, Mike Huckabee raised just $9 million, far behind John McCain with $37 million and Mitt Romney with $53 million. Rick Santorum was even weaker, raising only about $2.2 million in 2011 before losing to Mitt Romney, who raised $56 million. (Both Huckabee and Santorum raised more money after winning Iowa in 2008 and 2012, respectively, but that didn’t leave them much time to build a nationwide campaign organization.)

By contrast, Cruz has been a star fundraiser. According to a New York Times tally, the Cruz campaign has raised $47 million, putting him second only to Ben Carson among Republicans (Jeb Bush raised a lot of money for his Super PAC before launching his campaign). And Cruz raised most of those funds in 2015, giving him time to build infrastructure across the country.

So far I’ve barely mentioned Donald Trump, who is currently leading in the polls both nationally and in New Hampshire. Trump’s candidacy is so unusual that it would be foolish to confidently predict an outcome. But there are a couple of reasons to think Trump is vulnerable.

One is that Trump is far less organized than Cruz and other leading candidates. That helps to explain his underperformance in Iowa and suggests he will probably underperform the polls in future states as well.

Second, Trump may have a harder cap on his support than other candidates. Normally, primary voters fall in line behind a winner in the interest of party unity. But there’s ample evidence that Trump wasn’t a conservative until he started thinking about running for president in 2011.

So while Trump may be able to persuade 25 or 30 percent of the vote, that might still leave room for another candidate to rally a majority of the party against him. And as one of the best-funded and most consistently conservative candidates in the race, Cruz has as good a chance of becoming the Trump alternative as anyone.