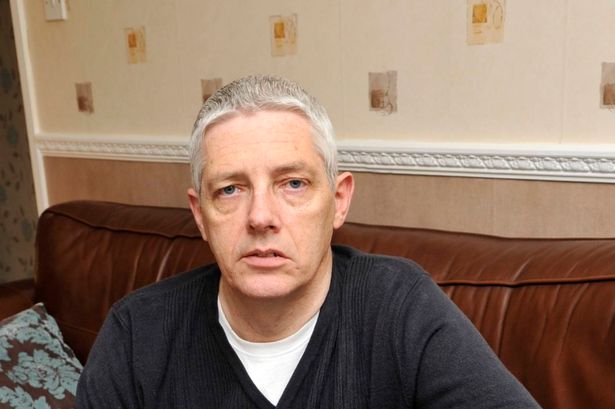 A FORMER corporal who successfully sued the Ministry of Defence has backed a group of ex-servicemen who claim they were exposed to cancer-causing chemicals in the RAF.

Shaun Wood won compensation in 2011 after a judge ruled that his Parkinson’s-like illness was triggered by daily exposure to killer solvents.

The 55-year-old was an RAF painter and finisher but now uses a wheelchair and take 50 tablets a day.

The Court of Appeal ruled that his condition stemmed from using chemicals such as Trichlorethylene – or Triche – at bases across the world during a 20-year career.

The decision brought an end Shaun’s 18-year-battle for justice against the MoD.

We told yesterday how in an almost identical set of cases, a group of 25 survival equipment fitters – known as “squippers” – suffer from cancers and other debilitating illnesses. Tragically, more than half have already died from the horrific conditions.

They claim they were also exposed to a “toxic soup” of chemicals – like Triche and Toluene – during years of service repairing aircrews’ lifesaving equipment at bases including Lossiemouth and Leuchars.

Now some are planning to sue the MoD for a litany of alleged health and safety failures in the 80s and 90s. And last night Shaun backed their fight for justice.

Speaking from Australia, he said: “It took me 18 years to finally get justice but I got there in the end. My case proved that health and safety procedures and standards in the RAF were virtually non-existent. My case came down to proving that the chemicals caused my illness.

“This group have to get some experts and scientists behind them if they are to stand a chance. They will have to show a link between chronic exposure to those chemicals and their cancers and illnesses.”

Shaun in his RAF days

He added: “I’m sure they will have mixed emotions about suing the MoD because, like me, they are all very loyal. But it’s not really about the compensation. It’s about ensuring that no one else has to go through what we did – either victims or their families.

“The MoD must ensure safety procedures are put in place and future generations of servicemen and women are protected.”

Labour MP and lawyer Andy Mcdonald represented Shaun in court. He cautioned the veterans that they would have to prove their case on medical evidence.

Mcdonald said: “ It is on its own facts that each case stands.

“I wouldn’t rush to judgement, cases like this are hard and complicated, but this is a peculiar case of clustering that you would not see in that age group or profession.

“It is now a question of evidence and expert medical opinion.

“They have come forward with one proposition that needs thorough investigation. If the MoD are persuaded, they may wish to see a proper resolution.”