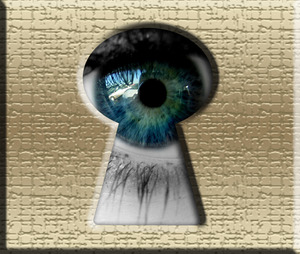 The software, from an Indian company called SilverPush, allows apps to use the smartphone’s microphone to listen to nearby television audio in an effort to deliver more targeted advertisements. SilverPush allows the apps to surreptitiously monitor the television viewing habits of people who downloaded apps with the software included, the FTC said Thursday.

“This functionality is designed to run silently in the background, even while the user is not actively using the application,” the agency said in its letter to the app developers. “Using this technology, SilverPush could generate a detailed log of the television content viewed while a user’s mobile phone was turned on.”

If the app developers state or imply that their apps do not collect or transmit television viewing data when they actually do, that may be a violation of the section of the FTC Act barring deceptive and unfair business practices, the agency said.

The 12 developers appear to have included SilverPush code in apps available in the Google Play store, the FTC said.

SilverPush has said its service isn’t now operating in the U.S., but it encourages app developers that package its software to notify customers about its ability to monitor TV habits should the company move into the U.S. market, the FTC said. SilverPush representatives weren’t immediately available for comment on the FTC’s letter.

“These apps were capable of listening in the background and collecting information about consumers without notifying them,” Jessica Rich, director of the FTC’s Bureau of Consumer Protection, said in a statement. “Companies should tell people what information is collected, how it is collected, and who it’s shared with.”

Some app developers ask for permission to use a smartphone’s microphone, even tough the apps do not appear to have a need for that functionality, the FTC said. The apps apparently packaging SilverPush don’t provide users’ notice that they could monitor TV viewing habits, even if the app is not in use, the agency said.

The Center for Democracy and Technology, a digital rights and privacy group, raised concerns about SilverPush during an October FTC workshop on cross-device tracking.

The sky is not falling on Apple or the iPhone