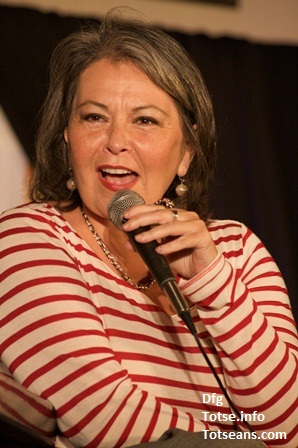 Roseanne Barr is known to be a bit different slightly mental but that’s the part which makes her what she is today. I never really bothered watching her but her appearance on Conan show forced me to look her up. She was on Coco promoting her show called “Roseanne’s Nuts” (2011)  which airs of LifeTime. According to the reviews she hates Jews and doesn’t really give a fuck about people. Her interview on Coco was hilarious and I loved how she talked about her ideas about saving US. Unfortunately due to copyright issues I cannot link you to the show but you can watch it for free on TeamCOCO.

Everyone does it anyway, why not just legalize it and let everyone get high. This alone should solve majority of drug related issues and it will calm everyone down. Perhaps this idea might seem a bit extreme but think about it, no more building contacts, no more stealing and beside anyone can go to a Chemist and get some. It will be Government controlled and they can earn big time from this investment.   I didn’t catch the second line she said, it sounded like Hamp.

This idea got my attention, when she started saying stuff, I thought yeah whatever but as soon as she mentioned student loans, I started thinking about RemadE and other Totseans who are studying at this point and plus all other students who are burdened with unwanted loans. This can potentially give them a major break but considering some drugs would be legal at the time, I don’t see them doing anything else except getting high.

Stop Having Wars in Far Off Places Such as Afghanistan:

I totally agree, but she did mention invading Mexico and taking there Oil since they have plenty of it already plus it would be cheaper and easier. It’s probably best not to wage wars in the first place, I am sure with some thinking you can cripple any Country and take hold of it. Of course in case of Iraq and Afghanistan you need to topple the old Government in order to make a new one which is under your command but in places like Pakistan it’s pretty simple. Heck our Government already follows US orders anyway, regardless of what they say. So, yeah STOP sending your troops here instead wage a political war or use other methods.

Get Midgets Stem Cells and Put em in Older People:

According to her Midgets can drink like a SOB (sonofabitch) which to me sounds pretty damn funny but she was serious about this. What we need is to take the stem cells from little people (midgets) and then give them to older people so they can drink more and get off the anti-depressive medicines and boosters. That idea is ludicrous but who gives a shit, hell if it can be done I would support it. At least some midgets can earn something from it. But alas you need to pass various tests and your bodies must be compatible if you’re actually thinking about getting it done. So, it’s a good laughable idea but don’t take it seriously.
One of the highlights of the show was Roseanne Barr comment regarding Obama, She said don’t blame me, I voted for Edwards, hearing this Coco made the WTF face and a Cow committed suicide. She also commented about Michele Bachmann as well, according to her she is a great dresser and her closet would be full of clothes, shoes and her husband.
I don’t know why people hate her but I honestly found her entertaining, she made some crude remarks and didn’t hold back but come on this is 2011.
Tweet Pin It

Totseans Humanity Project – Save the Sperm