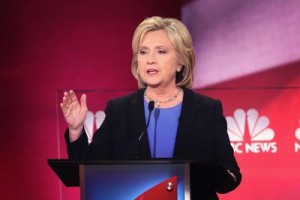 WASHINGTON – The ghosts of the 1990s have returned to confront Hillary Clinton, released from the vault by Donald Trump and revved up by a 21st-century version of the scandal machine that almost destroyed her husband’s presidency.

This is a moment that her campaign has long expected. What remains to be seen is whether a reminder of allegations of sexual impropriety against Bill Clinton – which were deemed to have varying levels of credibility when they were first aired – can gain new traction in a different context.

The fresher case being made is that Hillary Clinton has been, at a minimum, hypocritical about her husband’s treatment of women, and possibly even complicit in discrediting his accusers.

And it is being pressed at a time when there is a new sensitivity toward victims of unwanted sexual contact, and when one of the biggest news stories is the prosecution of once-beloved comedian Bill Cosby on charges that he drugged and assaulted a woman 12 years ago – one of dozens who have accused him of similar behavior.

In November, Hillary Clinton tweeted: “Every survivor of sexual assault deserves to be heard, believed, and supported.” She has made women’s issues a central focus of her campaign and is counting on a swell of support for the historic prospect of the first female president.

Clinton’s campaign appears confident that Americans will see all of this as old news, and that her husband will remain an asset to her efforts to get his old job. It is happening early in the campaign season, and Trump himself has come under heavy criticism for his many boorish comments about women.

Trump started hammering on Bill Clinton’s behavior in retaliation for Hillary Clinton’s assertion, during a pre-Christmas interview with the Des Moines Register, that Trump has demonstrated a “penchant for sexism.”

“Hillary Clinton has announced that she is letting her husband out to campaign but HE’S DEMONSTRATED A PENCHANT FOR SEXISM, so inappropriate!” Trump tweeted on Dec. 26.

In an interview Monday on CNN, Trump amped up his rhetoric, calling Bill Clinton “one of the great women abusers of all time” and saying Hillary Clinton was his “enabler.”

Both Clintons have declined to comment on Trump’s latest barrages against them.

Until Trump turned his outsized media spotlight to Bill Clinton’s past sexual behavior, the issue had largely receded to the darker corners of the Internet, although it had continued to percolate.

Last month, a woman in the audience at a Clinton campaign event in New Hampshire asked her: “You say that all rape victims should be believed. But would you say that about Juanita Broaddrick, Kathleen Willey and/or Paula Jones?”

It was not a spontaneous question. The woman read from a card and mispronounced the first two names she mentioned.

But to anyone who followed the sagas of the Clinton presidency, they were familiar ones:

– Broaddrick had accused Bill Clinton of raping her in 1978, when she was working on his Arkansas gubernatorial campaign.

– Willey, a former White House volunteer, said he had attempted to kiss and grope her in a private hallway leading to the Oval Office.

– Jones, a onetime Arkansas state employee, sued Clinton in 1994 for sexual harassment, saying he had three years earlier exposed his erect penis to her and asked her to kiss it.

And, of course, the biggest of all was the scandal over Clinton’s extramarital affair with Monica Lewinsky, who was a White House intern at the time. Diane Blair, a close friend of Hillary Clinton, wrote in her journal unearthed in 2014 that the then-first lady had privately called Lewinsky a “narcissistic loony toon.”

Publicly, Clinton’s defenders were at times brutal in their characterizations of the women who made sexual allegations against him. “If you drag a hundred-dollar bill through a trailer park, you never know what you’ll find,” James Carville, Bill Clinton’s former strategist, once said.

Yet Bill Clinton settled Jones’s lawsuit in November 1998 for $850,000, acknowledging no wrongdoing and offering no apology. Just under a month later, he was impeached by the House on charges of perjury and obstruction of justice that stemmed from Jones’s lawsuit; he was acquitted by the Senate.

He also denied both Willey and Broaddrick’s allegations.

But all of these past accusations are being stirred up again, including by some who claim they were his victims.

Broaddrick, now a Trump supporter, tweeted Wednesday: “I was 35 years old when Bill Clinton, Ark. Attorney General raped me and Hillary tried to silence me. I am now 73. . . .it never goes away.” 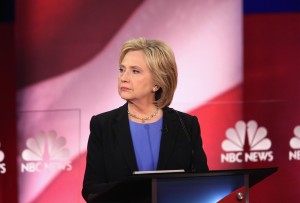 In an interview, she said she had watched Bill Clinton’s first solo campaign appearance on his wife’s behalf on television Monday.

“He looked so beaten, and he looked like everything in his past was catching up to him. He looked so downtrodden. It made my heart sing,” Broaddrick said.

And she is not the only one.

Tom Watson, owner of Maverick Investigations, an Arizona-based private investigative agency, built a website – A Scandal a Day – for Willey last spring, shortly after Hillary Clinton declared she was running for president. It aims to bring forward new allegations.

The site went live in June, Watson said, and in the first two hours it received 100,000 hits.

“Kathleen is going to be very popular this year,” Watson predicted.

Last month, Aaron Klein, a writer for such right-of-centre publications as World Net Daily and host of a weekly radio talk show, wrote an article on Breitbart.com headlined In Their Own Words: Why Bill’s ‘Bimbos’ Fear a Hillary Presidency.

In it, Klein described how his radio program had become “a support centre of sorts” for Bill Clinton’s female accusers – “a safe-space for these women to sound off about the way they were allegedly treated by both Bill and Hillary.”

In the article, Klein quotes Broaddrick, Willey and Gennifer Flowers, an actress who had an affair with Clinton when he was governor.

In what Klein described as Flowers’s only interview since Clinton announced her candidacy, Flowers accused Hillary of being “an enabler that has encouraged (Bill) to go out and do whatever he does with women.”

“I think it’s a joke,” Klein quotes Flowers as saying, “that she would run on women’s issues.”