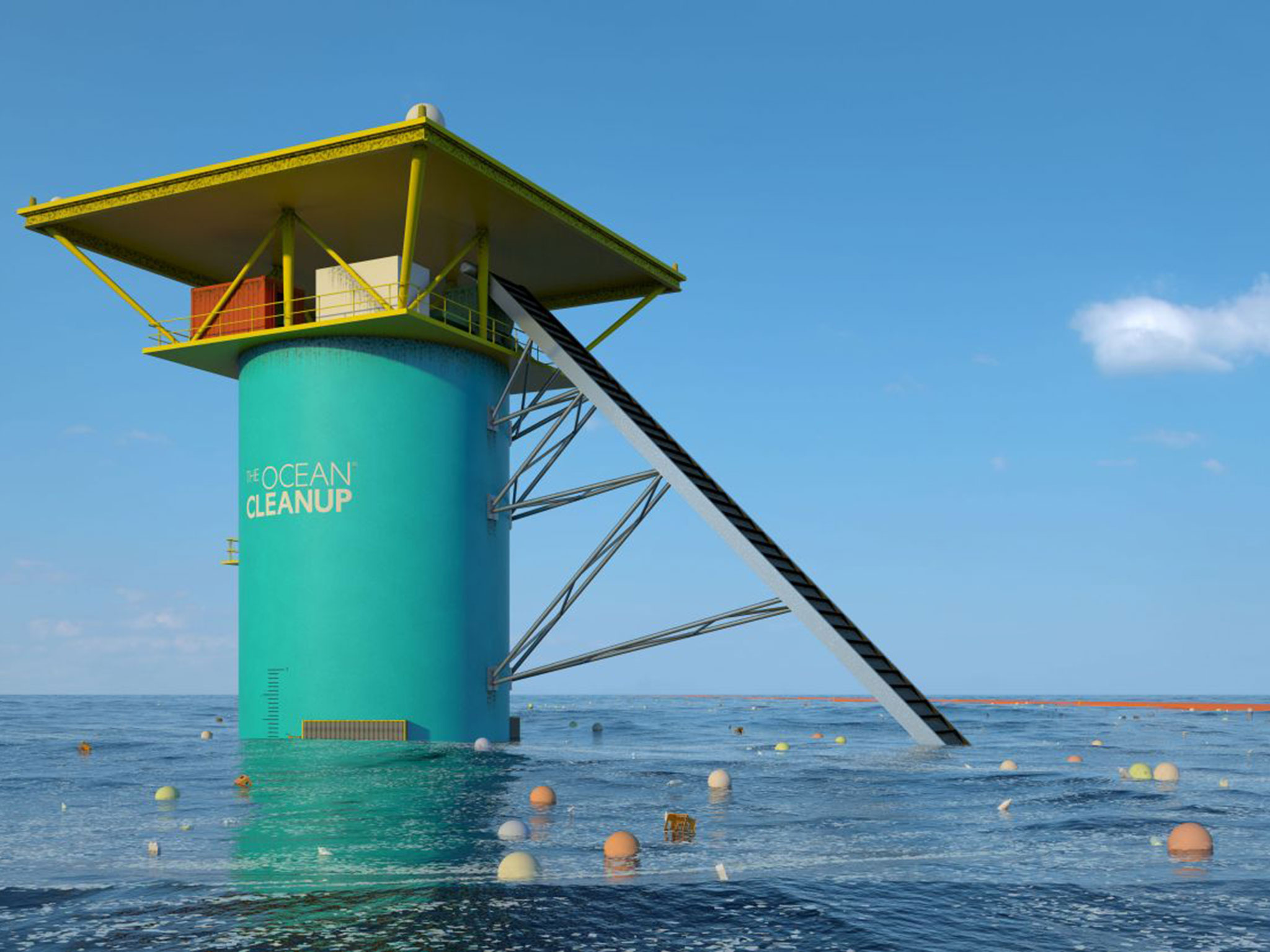 Scientists have worked out the best way of removing the millions of tons of plastic waste floating in the oceans – a time bomb that threatens to poison the marine ecosystem.

It is estimated that about eight million tons of plastic debris such as food packaging and plastic bottles are being washed into the oceans each year, where it is broken down into smaller “microplastics” that act as a magnet for chemical toxins ingested by the smallest sea creatures.

The cumulative amount of plastic in the ocean is set to increase tenfold by 2020, with the consequences extending centuries into the future because of the length of time it takes for plastics to biodegrade – resulting in calls for a global initiative to collect plastic waste floating on the sea surface.

There is already an ambitious, crowdfunded plan to gather plastic waste circulating in a huge “garbage patch” in the middle of the Pacific Ocean using 100km-long, inflatable booms aligned across sea currents. But a new study suggests that this will be far more effective if carried out near densely-populated coastlines, especially off China and Indonesia, where much of the waste enters the sea.

The so-called Great Pacific garbage patch is a highly visible illustration of the scale of the global problem. However, the researchers believe it would be better to tackle the clean-up nearer to its source on land, where an equivalent of five grocery bags of plastic is being dumped each year on every foot of coastline in the world, say scientists.

The study, carried out by a team at Imperial College London, compared two hypothetical methods of collecting marine plastic over a 10-year period between 2015 and 2025 – either by skimming the waste from the middle of the ocean or by positioning the collecting booms just off the coast near densely-populated areas.

Computer modelling suggested that placing collecting devices nearer the coasts would remove about 31 per cent of microplastics – the smaller plastic chips and fibres that result from the environmental breakdown of larger items.

However, when all the collecting booms are placed inside the circulating, mid-ocean garbage patches, only 17 per cent of microplastics would be removed, according to the study published in the journal Environmental Research Letters.

“It makes sense to remove plastics where they first enter the ocean around dense coastal economic and population centres. It also means you can remove the plastics before they have had a chance to do any harm. Plastics in the patch have travelled a long way and potentially already done a lot of harm,” said Erik van Sebille of Imperial College, who led the work.

Although there is a huge mass of plastic waste circulating in the the ocean “gyres” – circular ocean currents – it would be more efficient to tackle the problem from where most of the waste enters the sea in the first place, which coincidentally is richer in marine wildlife, said Peter Sherman, an undergraduate physics student involved with the study.

“The Great Pacific garbage patch has a huge mass of microplastics, but the largest flow of plastics is actually off the coasts, where it enters the oceans. There is a lot of plastic in the patch, but it’s a relative dead zone for life compared with the richness around the coasts,” Mr Sherman said. “We need to clean up ocean plastics, and ultimately this should be achieved by stopping the source of pollution. However, this will not happen overnight, so a temporary solution is needed, and clean-up projects could be it, if they are done well.”

A study last year of 192 countries found that most of the plastic waste in the oceans comes from people living within 50km of the coastline. It estimated that 275 million tons of plastic waste is generated each year around the world and between 4.8 million and 12.7 million tons ends up either being washed or dumped deliberately into the sea.

Another analysis found that 90 per cent of seabirds have swallowed plastics and that these birds are concentrated around coastlines.

Predictions of how the quantity of plastic waste will increase took into account the growing industrialisation of developing countries, population growth and attempts to limit the flow of plastic debris into the oceans based on waste-management activities on land.