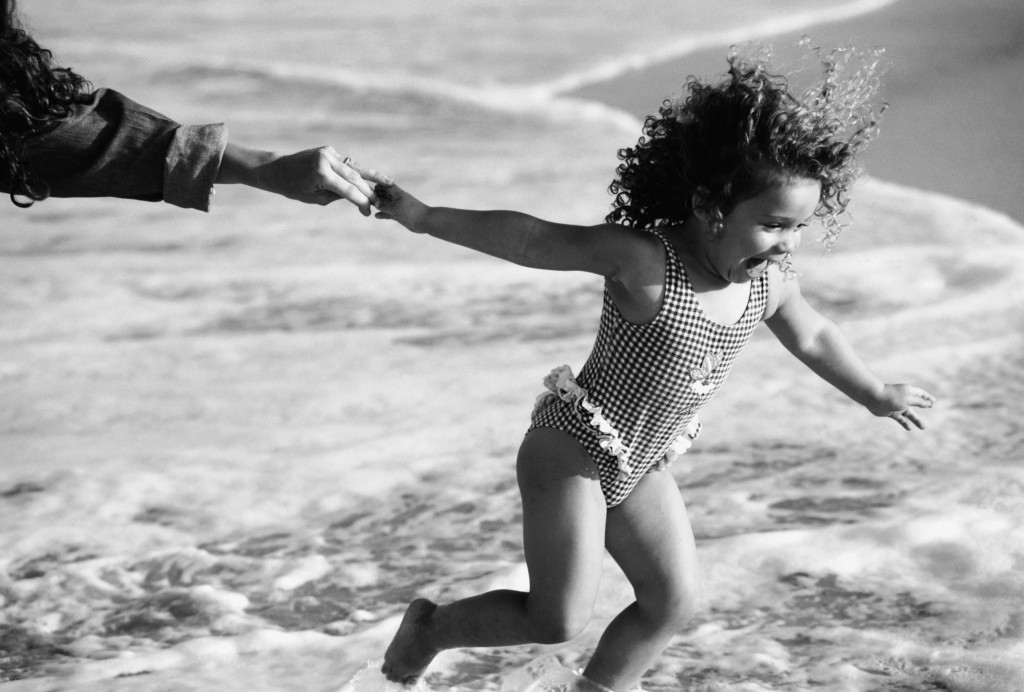 There are certain things that I like about Pakistani Women and they’re tons of things that I hate about them. I am sure it’s Universal in some way. Pakistani girls are great for raising children, you sleep with them, get them pregnant and you’re set for life because you know for a FACT that no matter what happens you will always be in control. Even if you leave her and marry another girl, she will still raise YOUR child on her own. That’s one of the key problems that irritate me about girls.

Listen, I know as a woman you can’t leave your child but where does it say that you have to destroy your life just to raise your ex-husband kid that betrayed you and left you without a second glance. Sure, you can say it’s your leverage and if you give him the kid that means he wins but think about it, if you have the kid and raise him, he wins ANYWAY and you destroy yourself. The girl that I fell in love with had 3 kids and she basically fought her husband to win their custody, she later told me she wanted to prove everyone that she can do it but I knew that was a lie. She just couldn’t live without them but just for their sake she literally killed her life.

Even after telling her that in future she will regret it (she does now) she didn’t take action against it. Now, her ex-husband is fucking his other wife and having fun while she rots in her own private hell. And that simple fact makes me rage like a maniac. Now, the same situation is about to happen to someone close in the family and like a typical Pakistan women, she has decided to keep the baby and plans to live on her own and be independent. I didn’t talk to her or talk her into things, I am sure I would have to convince her in some way sooner or later. 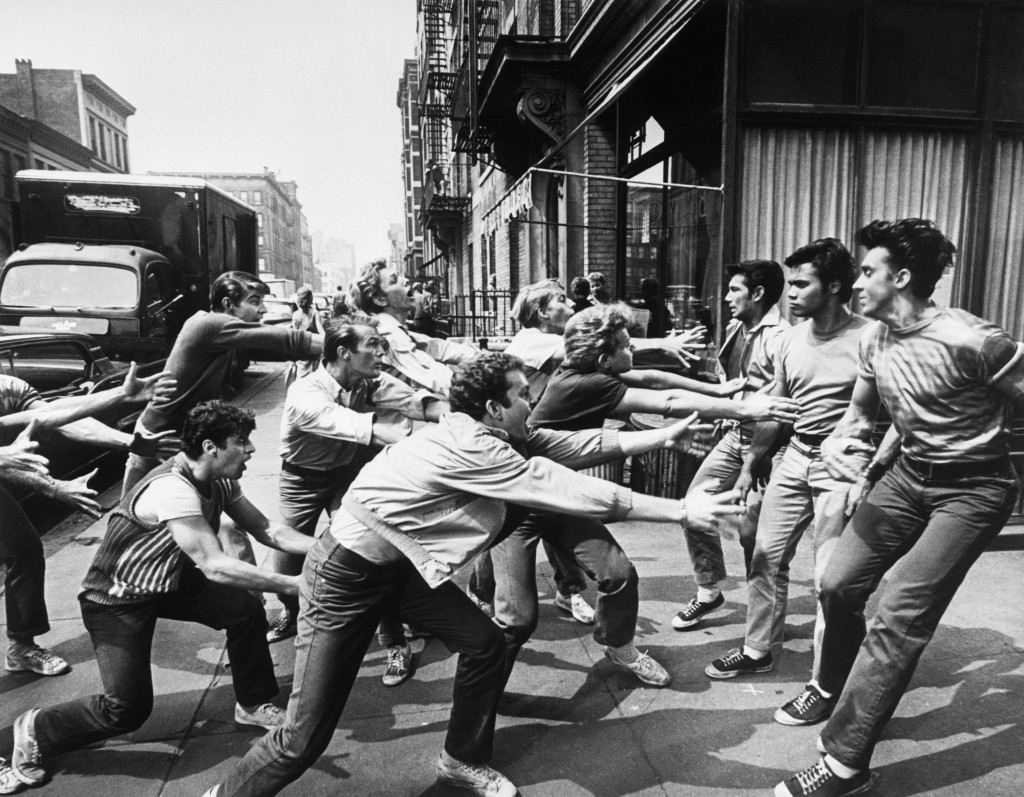 But it’s amazing how illogical things are. My Dad basically told my love that she is an idiot for keeping the kids and I told her the same thing. When the guy that fucked you and left you dry, doesn’t give a fuck about them, it’s not your job to destroy yourself. In order to teach him a lesson, you should have left the kids in his custody. Would that hurt you, yes it will hurt. You will cry every day, you will miss them but in doing that you secure their future. Listen we’re all humans and guys aren’t that reliable, they will exploit girls in any way they can, sure you get lucky with someone awesome as me but that’s a rare exception.

Women of Pakistan, you get quality education thanks to your family, you are taught since the very start to be independent and when the time comes to prove that you can do it, you run off or act like total idiot. If you believe in your own Religion (Islam) then why are you worried about your child safety? According to Islam, the children wellbeing is up to Allah. So, why can’t you trust HIM or why can’t you take the logical stance.

If the man is trying to run away, shackle him down with a kid, that’s something girls do here but once he is shackled and breaks off, why do you take all the chains off and drown yourself in sorrow. You know for a fact that living with kids in a Country like Pakistan is close to being a whore in the eyes of men (not kidding). They will harass you and they will try to bed you in any way possible and you will live a life with the knowledge that you messed up and no one would seriously try to marry you. Unless your rich and you will always know he married you for the money. 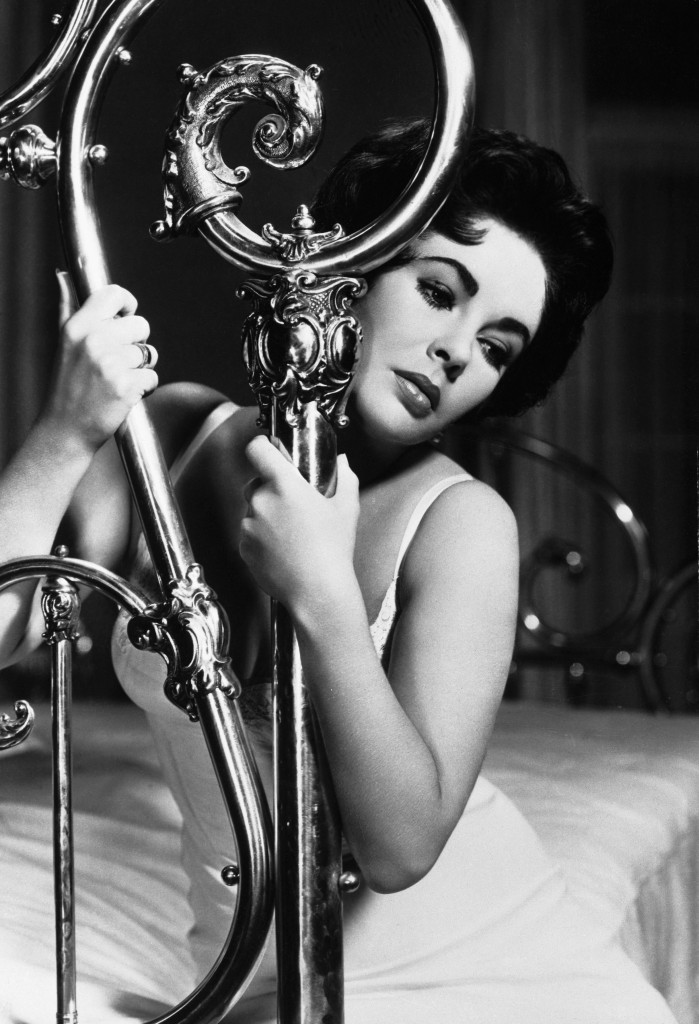 My girl told me something that I don’t think I will ever forget. She said that her father begged her to drop the kids and live alone, leave them otherwise she will live life in hell. She ignored him, didn’t listen to him at that point and now she regrets it. She wishes she could have changed things. But she was stubborn as usual.

Same goes with my Dad, he basically told my family members the same thing; if you’re going to marry with someone on your own, don’t expect us to bail you out. It’s your decision; it’s your life and deal with it. Frankly I was the lucky one thanks to Totseans especially TDR and Jugg, who gave me sound advice. Sure my Dad helped as well but he wasn’t that practical with things.
Look, there is no point in going on with life if you don’t have any self-respect for yourself. The reason I had to back out of love was simple, that girl that I lost my heart to wasn’t thinking logically, she wouldn’t listen to me and even if I made the jump, my life and her would be hell. And that’s another reason why girls should drop the kids with their dads if they’re breaking up. 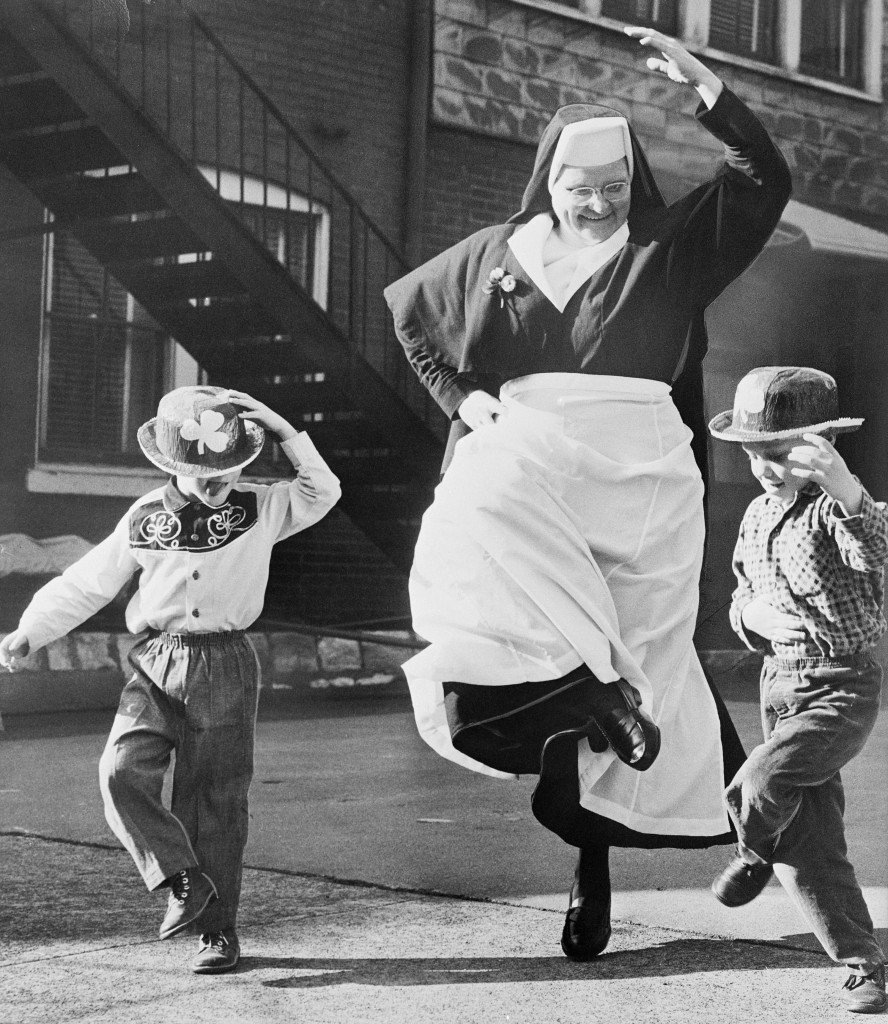 If you’re a girl with kids, your chances of finding Mr. Right pretty much go out. You will have to work extra hard to find the right person and even then it’s a long shot. I am not kidding, after three kids a girl is basically used up, and in this age after one you can see the girl body reacting. The tits go down, the weight go up and you can see them transforming into a Maid that can only take care of kids. Sure, they’re good with dealing with kids, they can cook and always try to keep you happy but there are other issues as well.

It’s different in the Western Countries, I talked to my friend in Germany and she said it’s normal for girls to have kids and hook up with other guys but it’s not normal in Pakistan and this thread is about Pakistani girls and girls around the world living in an Islamic society. Its gamble with life, you find someone and you just have to take a big risk. It can either work or it won’t work. Love has nothing to do with it, if you have love and can maintain it, it’s a bonus but at the end deep understanding between the partners is what makes or breaks a marriage.
People rush to marry in an instant, I know how close I came to committing and it was only my questioning self that saved me from doing something that might end up really bad for me and my family.

LISTEN, if you’re a girl and you are with a child and you have a vague sense that the guy you’re living with is going to fuck you up in future, start preparing for the worst. I know you love your child but you can have more, hell some girls I know have 11 children. But think about it, the guy in this relationship is free from any responsibility. You feed him (child), you stay up all night looking after him and you brace him every day and while he does whatever he wants. There is no justice in this.

THINK LOGICALLY, always put your emotions aside, they never work. I learned the hard way and I am thankful for it, I am pretty great on the Internet but my IRL personality needs to change and I am working on it. Drop the kids, single women can’t work and manage alone, a guy can manage because he can hook up with another girl or at least when you dump the kids on HIM, he will understand what he did and there is a chance that he will drop down. Kids are an ideal weapon and as a woman you should be able to use them. That doesn’t mean you’re bed or the worst mother of all, I am sure I can find plenty of girls that are worse than you but this is about your children future. 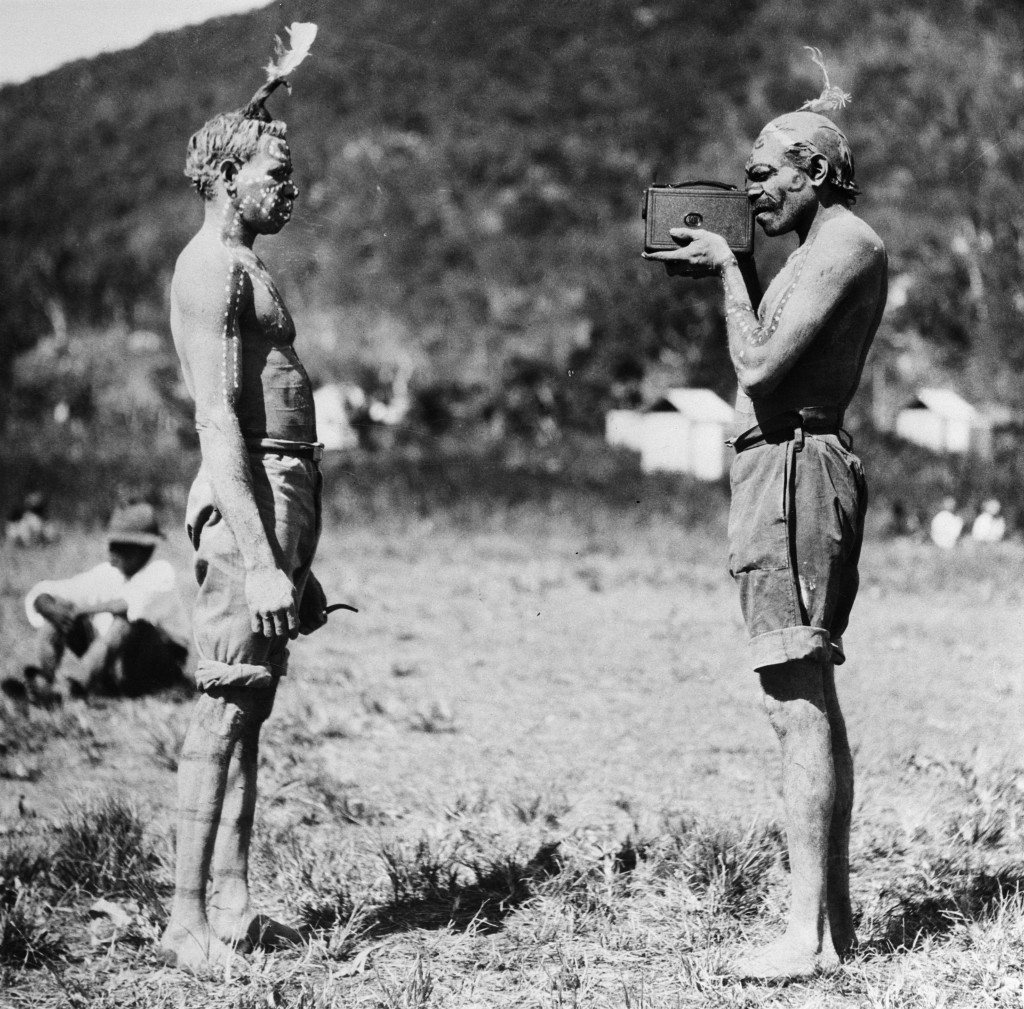 All men aren’t the same, but Pakistan men are the worst. As soon as they sniff white they will leave you behind with the kids and won’t come back. This brings me to another point. DON’T EVER FUCKING HAVE KIDS WITHIN THE FIRST TWO YEARS OF A MARRIAGE. Girls here usually go down the baby route in first few months and that’s something I hate with all my heart. You barely even got to the point of building a relationship and you already went ahead and brought another life into the mix.

Girls say that they didn’t know what was going on, he jumped on top and then left me. What the fuck is wrong with you? There is Internet and TV ADs, hell you can even talk to a lady health worker. In short, there are plenty of ways of educate yourself about your body, there are pills. Even if the guy is trying to have a child that doesn’t mean you should go along with it. Remember once you go fat, unless you’re really hard worker or blessed with an amazing body, it’s a bitch to recover. Unless you’re planning to move into the Western society or you’re already independent women that can earn money and can take care of the expenses.
Guys prefer girls who lose their shape because they know that there is nothing to worry about, the wife is a done deal. She will always remain in his control; the fact the he doesn’t raise the kids or helps you out when they’re born should be enough for YOU. Look, read the newspapers, check the Internet blogs. It’s filled with stories about relationships. Kindly educate yourself, if you’re a girl thinking about getting hooked, THINK AGAIN.

The world is a bitch to live in; settling down with someone isn’t that easy anymore. Times have changed and this society is weird. Either move to a Country where you can have some freedom of thought and life or start blending in. Pakistan is a ruthless Country for single mothers trying to survive on their own. 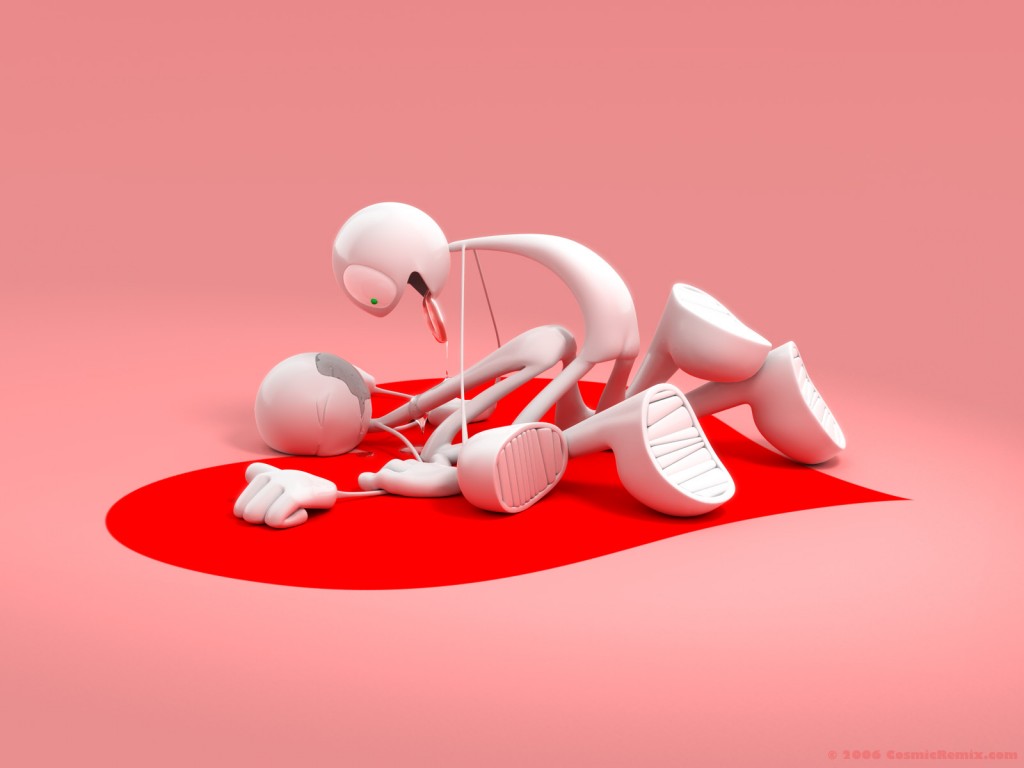 How to Set up and Secure an SSH Server

A Guide To The G-Spot